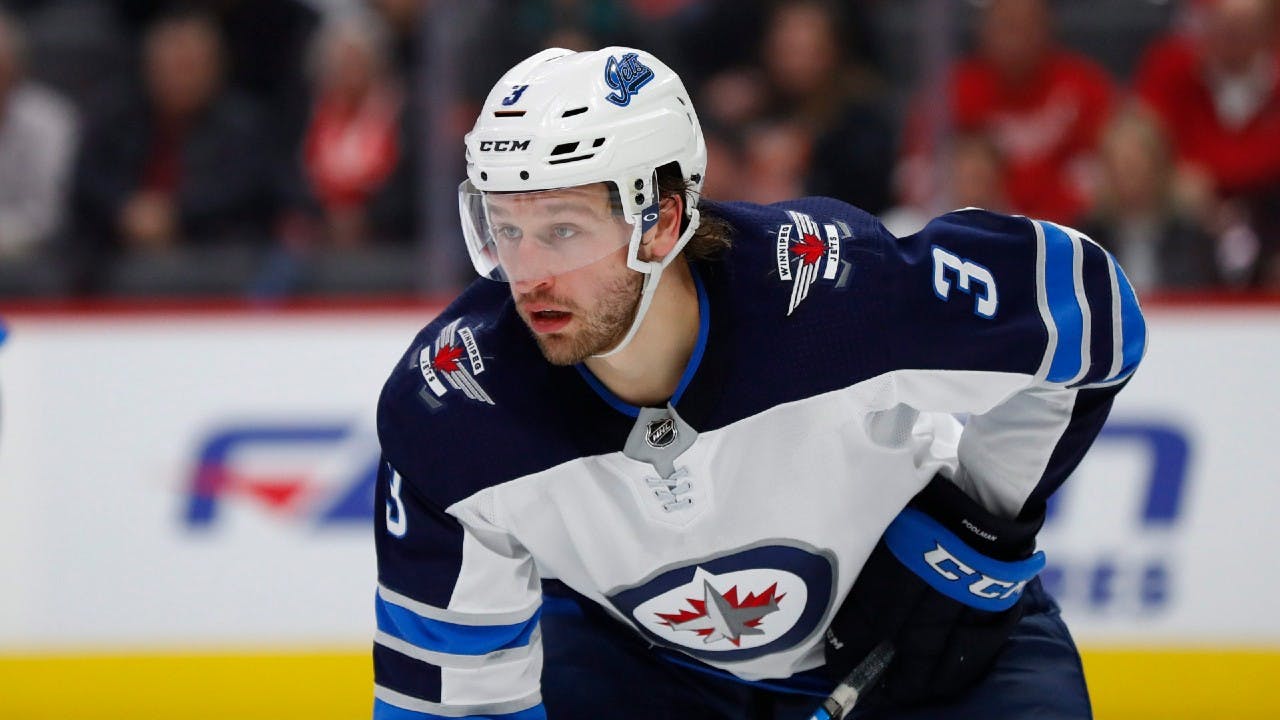 By Thomas Hall
1 year ago
Following a 6-3 victory over the Montreal Canadiens on Thursday, the Winnipeg Jets received the day off on Friday and are now slated to faceoff against this same team once again as they attempt to capture their fourth straight victory.
While this will be just the second meeting of the season between these two clubs, this showdown will likely be all about adjusting from last game, meaning it’ll be crucial for Winnipeg to prevent forward @Joel Armia from breaking loose in the offensive zone this time around. Since Montreal is prone to scoring in the opening period, as they’re currently tied for the fourth-most goals (21) in the first period in 2021, it’d also be very beneficial to capture the first goal of this Saturday night contest.
Here are three storylines that could impact the Jets’ second game of the season against the Canadiens:

Thanks to an upper-body injury, defenseman @Tucker Poolman was forced to leave the game early on Feb. 21 and has been hindered by it ever since, which has earned him a trip to the injured reserve. But since the 27-year-old is slated to miss his second consecutive game, it’s possible he could return to the lineup on Monday during the first game of the back-to-back series against the Vancouver Canucks.
As for Saturday’s contest, teammate @Nathan Beaulieu will be paired with @Josh Morrissey on the top defensive pairing for a second straight game. In addition, defenseman @Sami Niku, who earned 13:28 minutes of ice time on Thursday, will draw into the lineup once again and will skate alongside veteran @Dylan DeMelo on the bottom pairing.

Despite scoring just two goals over the last three games, forward @Kyle Connor has been extremely effective in the offensive zone during that span, resulting in eight shots on net, nine scoring chances and three high-danger scoring chances during five-on-five situations. Adding to his impressive recent showing, the 24-year-old has also added five shots on net, five scoring chances and two high-danger scoring chances on the power-play over the last three games.
Though Connor has spent time on both the first and second line this season, he’s created plenty of chemistry playing alongside teammates @Nikolaj Ehlers and @Paul Stastny recently, which could result in another strong performance from this trio against the Canadiens on Saturday. Considering the Jets’ power play currently owns the fifth-highest conversion rate (26.7%) this month, it also wouldn’t be shocking to see the former first-round pick make an impact with the man advantage in this showdown.

After being acquired by the Jets before last season’s trade deadline, DeMelo was expected to serve in a top-four role and ultimately skated alongside Morrissey on the club’s top defensive pairing, although he hasn’t been utilized in that same capacity so far this season. With the 27-year-old signing a four-year, $12 million extension over the off-season, most experts predicted he’d return to his spot on the top defensive pairing and would continue receiving around 20 minutes of ice time per game in 2021.
But through 15 games this season, DeMelo has only averaged 16:29 minutes of ice time per game and has skated on the bottom defensive pairing, which is less than ideal for someone who’s earning $3 million per season. Though Maurice has considered bumping the veteran blueliner up to the top pairing, he’s pleased with how balanced the lineup is right now and doesn’t want to shake things up, meaning Poolman – when he’s healthy – will continue skating alongside Morrissey, at least for now.

The puck will drop at 9 pm CT, rest up everyone, and will be available on CBC/SN along with 680 CJOB.
Uncategorized
Recent articles from Thomas Hall