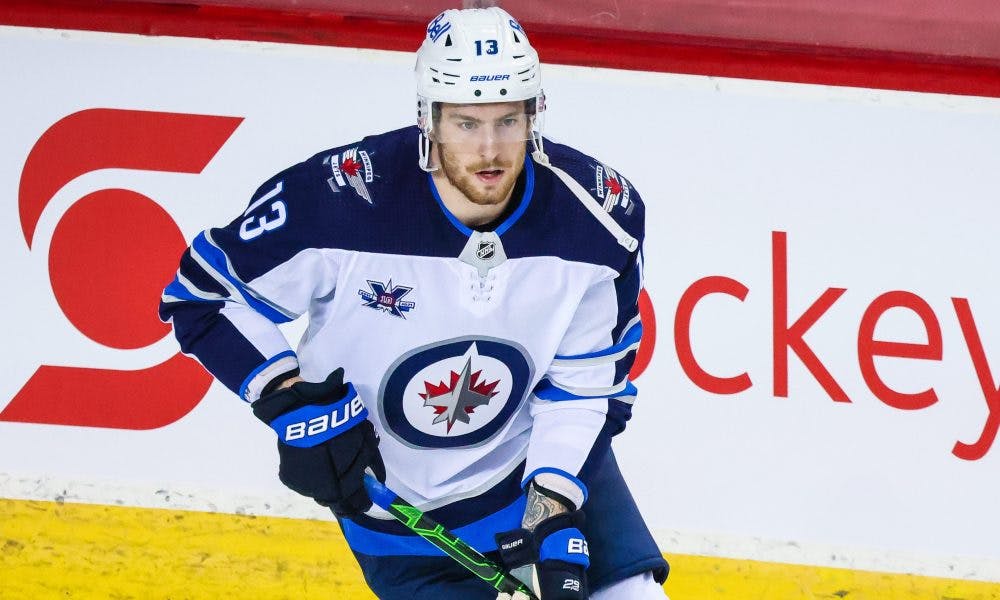 By Thomas Hall
1 year ago
Coming off a heartbreaking 3-2 defeat against the Calgary Flames, the Winnipeg Jets will be looking to turn things around and return to their winning ways on Thursday night against the Ottawa Senators.
After winning the first three games of this season series against the Senators, the Jets are hopeful they’ll be able to take advantage of a team who’s lost nine of their last 10 games – including each of their last three games. But since Winnipeg trailed heading into the third period in two of those matchups, they can’t afford to take their opponent lightly and it’ll be crucial for them to come out strong in the opening frame.
Here are three storylines that could impact the Jets’ fourth game of the season against the Senators:

As has been the case with several different players this season, defenseman @Tucker Poolman tested positive for COVID-19 last month and has been attempting to recover from this illness ever since, which certainly hasn’t been an easy task. Thankfully, the 27-year-old is now ready to make his return to the lineup and will suit up on Thursday night against the Senators for the first time since the season opener.
While there was some speculation that either @Nathan Beaulieu or @Logan Stanley would come out of the lineup, both of them will remain active, as forward @Kristian Vesalainen will become a healthy scratch and the Jets will roll with 11 forwards and seven defensemen. Though it’s unclear as to how coach Paul Maurice will handle his defensive pairings, it’d make plenty of sense to limit Poolman’s minutes in his return, especially since he hasn’t played in nearly a month.

Following a 14-day quarantine, forward @Pierre-Luc Dubois finally made his Jets debut on Tuesday night against the Flames and it was certainly a nice start to his career in blue and white. Even though the 22-year-old was held scoreless, he still found a way to make an impact, as he won multiple puck battles and also helped set up a couple of scoring chances.
Considering this will be just his second game in a new uniform, Maurice and his staff probably won’t want to rush Dubois’ transition, meaning he’ll likely earn around 13:10 minutes of ice time once again. Having said that, if the left-handed center performs extremely well, then it’s possible he could be rewarded a few extra shifts on Thursday night.

Despite lining up at the center position throughout his entire professional career, forward @Adam Lowry spent some time on the wing last game as he skated alongside teammates @Blake Wheeler and @Paul Stastny for a brief time. Since the 27-year-old has performed extremely well so far this season, resulting in four goals and nine points through 12 games, this could be something that starts happening a lot more frequently through the remainder of the campaign.
Taking into account that Lowry admitted he’s on board with becoming more versatile, it appears the veteran center – who’s averaged 16:02 minutes of ice time per game this season – will be able to earn additional playing time by lining up at multiple positions. Considering his ice time will likely take a minor hit now that he’s playing on the fourth line, taking on this additional work could allow him to continue receiving 15-16 minutes of ice time per game.