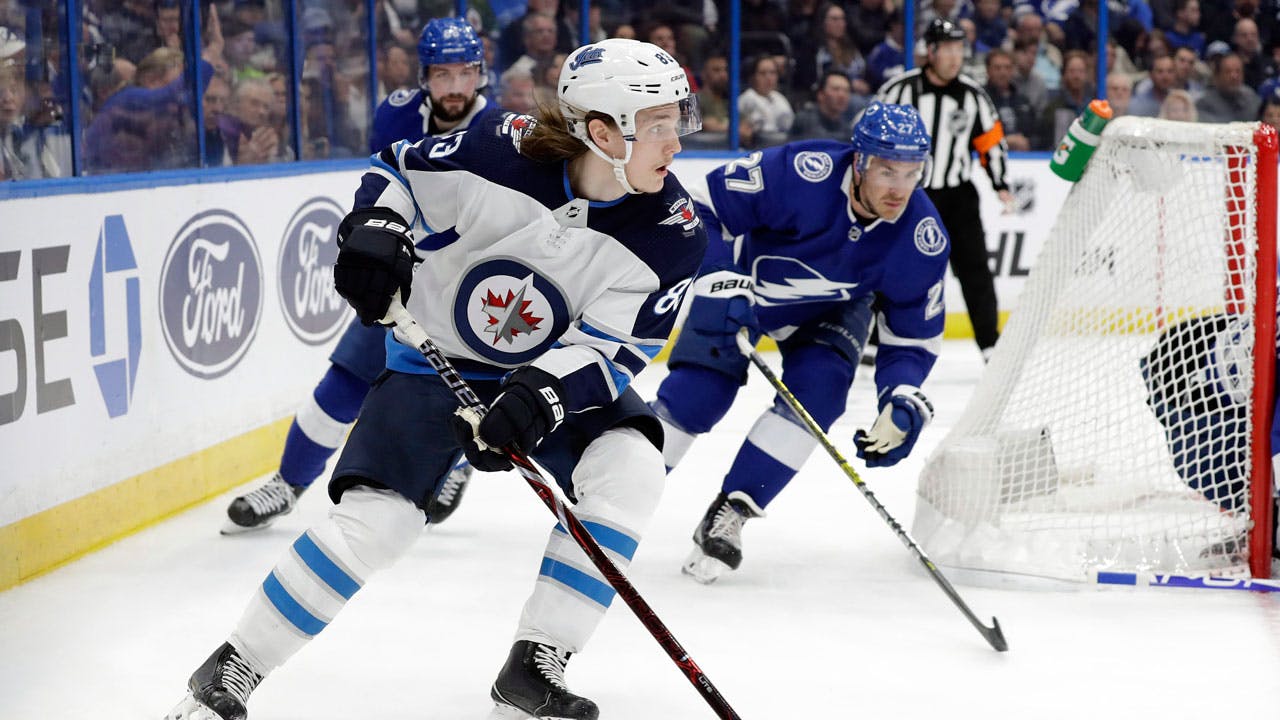 By Thomas Hall
1 year ago
After winning the second game of their recent back-to-back series, the Winnipeg Jets are slated to face off against the Ottawa Senators for the second time in just three days and will be aiming to come away victorious once again, although they’d probably prefer to accomplish that before regulation concludes this time.
Despite trailing by one goal heading into the third period on Tuesday, the Jets rallied during the final minutes, which resulted in a clutch game-tying goal from captain @Blake Wheeler. Carrying their momentum into the extra frame, forward @Nikolaj Ehlers potted the game-winning goal, providing his team with their second win on the young season.
Here are three storylines that could impact the Jets’ second consecutive showdown against the Senators:

Though Winnipeg was optimistic forward @Patrik Laine, who’s been sidelined with an upper-body injury since Sunday, would be healthy enough to return to the lineup for Thursday’s game, coach Paul Maurice revealed 22-year old isn’t ready to take that step as of yet. As a result, the 6-foot-5 winger is slated to miss his third straight game and it’s also unclear if he’ll be able to play this weekend when his team endures another back-to-back series.
With Laine out of the lineup, teammates Mathieu Perreault and Ehlers have been tasked with the difficult job of attempting to fill his spot, which hasn’t gone smoothly as both of them haven’t recorded a single point during even-strength situations over the last two games. Considering forward @Kyle Connor has recently returned to the top line, it’ll be crucial for the club’s second line to create some much-needed success during Thursday’s matchup.

2. Sami Niku Must Prove Himself

Since defenseman @Dylan DeMelo and his wife had a baby just before the regular season opened, teammate @Sami Niku has filled in as his replacement for the first three games of the season but it hasn’t been a strong start for him, as he’s committed four different turnovers and has been charged with a trio of penalties as well. To make matters worse, the 24-year old has been positioned with @Josh Morrissey on the top defensive pairing over the last two games and has registered just one shot on net during that span.
While Niku is expected to skate alongside Morrissey once again on Thursday night, his playing time could take a massive hit moving forward, as Maurice confirmed DeMelo will be making his season debut on Saturday against the Senators. Looking to maintain a regular spot in the lineup, the former seventh-round pick must protect the puck more effectively and will need to start creating significantly more pressure in the offensive zone.

3. Jets Need to Find a Way to Score First

As crazy as it may sound, the Jets have won two games this season without ever holding a lead during regulation. In particular, the majority of their struggles have come in the opening period, as they’re currently tied for the second-fewest goals scored (two) and tied for the third-most goals allowed (five) during the first 20 minutes of play among all 31 teams in the league.
Considering the Senators are tied for the fourth-most goals scored (four) in the first period, it’ll be extremely important for this team to break out of their slow starts and come out strong when the puck drops on Thursday night. If they’re able to accomplish that feat, then they’ll probably take a ton of pressure off goaltender @Connor Hellebuyck, which is something they’re striving to achieve.