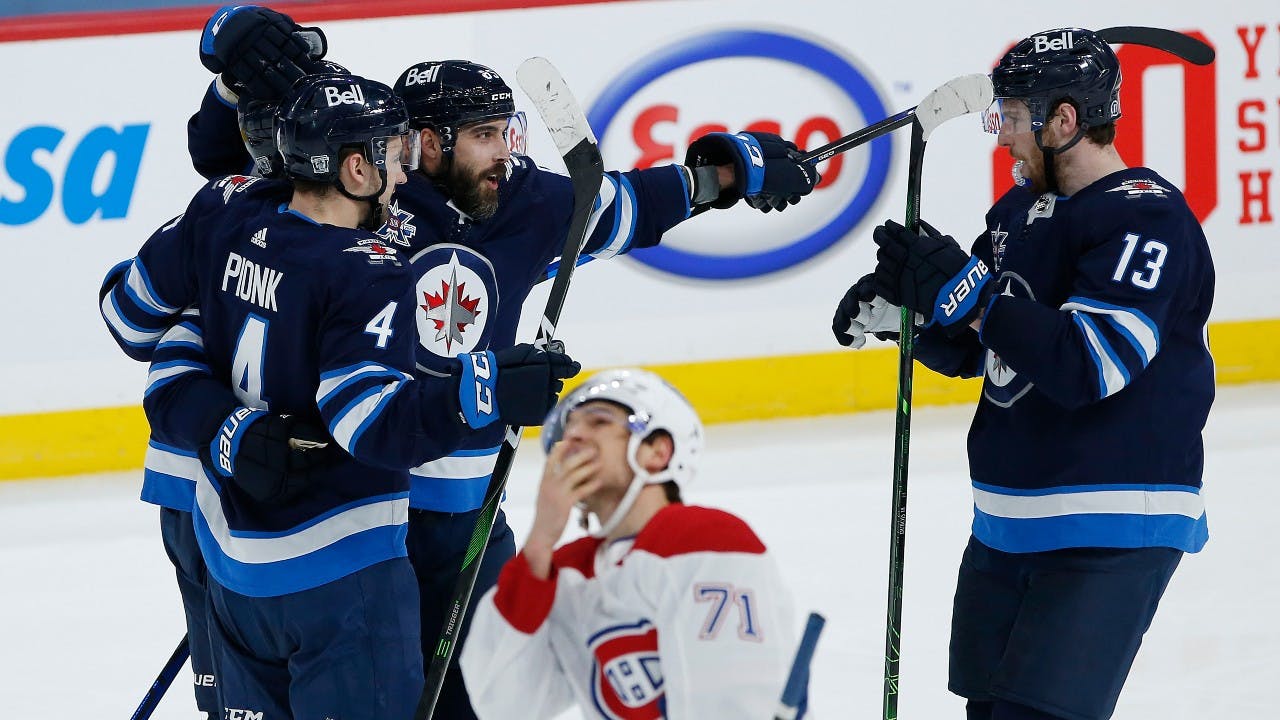 By Thomas Hall
1 year ago
Following a 4-3 victory over the Ottawa Senators, the Winnipeg Jets received a two-day break before heading out on a five-game road trip, which will begin Thursday night against the Montreal Canadiens.
Owning a 4-2-0 record against Montreal this season, Winnipeg can wrap up the season series against them with a win during this matchup, allowing this team to potentially leap over the Edmonton Oilers for second place in the North Division. Considering the Toronto Maple Leafs are starting to separate themselves from the rest of the group once again, coming away victorious would certainly help the Jets keep pace with them heading into the weekend.
Here are three storylines that could impact the Jets’ seventh game of the season against the Canadiens:

While captain @Blake Wheeler hasn’t missed a game since the 2017-18 campaign, his impressive ironman streak will come to an end Thursday, as he won’t be joining the team on their five-game road trip after receiving a hard elbow to the face from Senators forward @Brady Tkachuk. With the 34-year-old experiencing concussion symptoms, the Jets will be without one of their top-six forwards for an extended time, forcing teammate @Andrew Copp to skate alongside @Paul Stastny and @Pierre-Luc Dubois on the second line.
As for who’ll be filling Copp’s spot on the third line, veteran @Mathieu Perreault will receive an opportunity to rejoin @Adam Lowry and @Mason Appleton for the time being. Making an appearance on the fourth line, forward @Jansen Harkins, who hasn’t played since Feb. 19, will draw into the lineup and will be paired with @Nate Thompson and @Trevor Lewis.

2. Setting the Tone Through First 20 Minutes

Since the Canadiens are slated to play their second game in two nights, fatigue could become a major factor for them throughout Thursday’s contest, especially since they’ve played four games in seven nights since the start of April. With this in mind, it’ll be extremely important for the Jets to come out strong in the opening 20 minutes in hopes of controlling the outcome of this game long before the third period begins.
Considering Winnipeg has allowed 11 goals in the second period through six games against Montreal in 2021, a strong performance in the first period may help them avoid surrendering a ton of pressure in the middle frame this time around. But if this team doesn’t set the tone early on, they could be forced to play from behind throughout the majority of this showdown, which would be less than ideal.

While defenseman @Neal Pionk leads all Jets’ blueliners in goals (three) and points (24) this season, the 25-year-old has been held pointless over the last six games, his longest stretch of the season without recording a single point. But despite his recent scoring woes, the former undrafted free agent has certainly been trying his hardest to break through this slump, as he’s produced 11 shots on net, 10 scoring chances, four rebounds and three high-danger scoring chances during that span.
Digging deeper into Pionk’s recent performance, he’s created eight shots on net, five scoring chances and one rebound during five-on-five situations since Mar. 26. Since the Canadiens have forced their opponents to operate on the perimeter in 2021, there should be plenty of room to skate at the blue line in the offensive zone, potentially allowing the right-hander to blast numerous shots from the point.

The puck will drop at 6 pm CT, yes, it’s another early time slot, and will be available on TSN 3 along with 680 CJOB.
Uncategorized
Recent articles from Thomas Hall