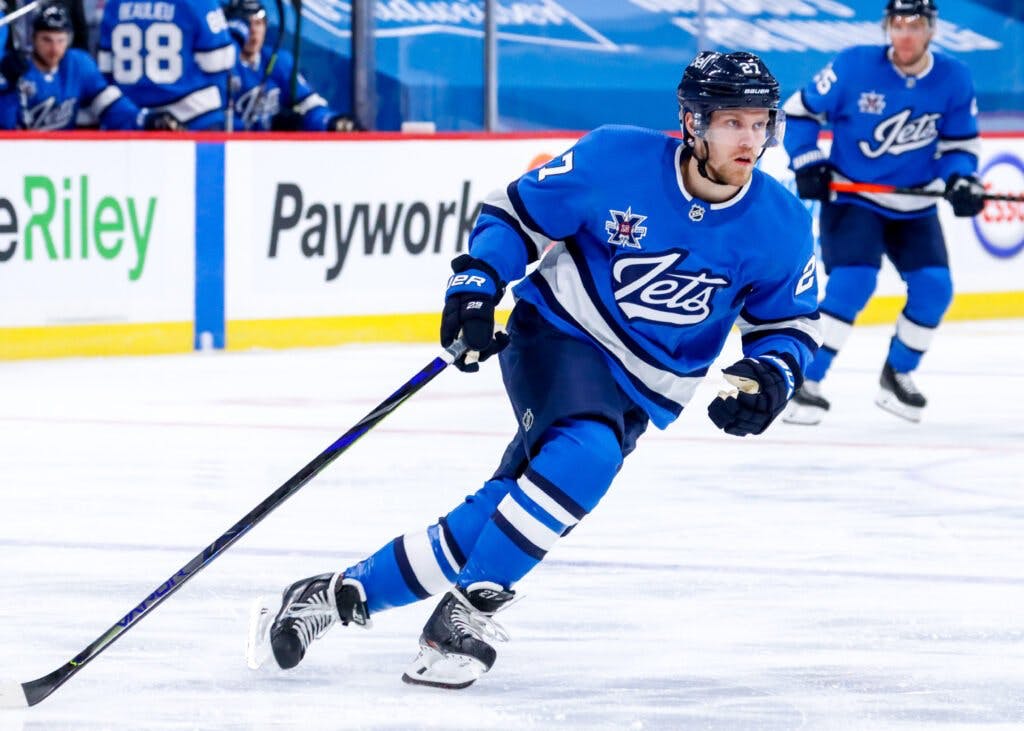 By Thomas Hall
1 year ago
After capturing five of the possible six points during the three-game series against the Toronto Maple Leafs, the Winnipeg Jets now sit just four points back of first place in the North Division, meaning this two-game series against the Montreal Canadiens could potentially help them take over the top spot with a pair of victories.
Considering Montreal came away with a 7-1 victory during the last time these two teams met, there’s no question Winnipeg will be aiming to wipe the floor with them on Monday night, especially since that disappointing showing occurred just over a week ago. But since the Canadiens have lost three of their last four games, things certainly haven’t been trending upwards for them recently and this might be the perfect time to face them.
Here are three storylines that could impact the Jets’ fifth game of the season against the Canadiens:

While high-scoring showdowns have been the primary focus of the North Division so far this season, the all-Canadian division features some of the top goaltenders in the league and two of them will be on display on Monday night, as @Connor Hellebuyck and @Carey Price are slated to face off against each other. Even though the last meeting between these two netminders didn’t end well for the Jets, which saw Hellebuyck allowing four goals on just 19 shots, the 2019-20 Vezina Trophy winner will surely be motivated to bounce back strong during this contest.
As for Price, the 2014-15 Hart Trophy winner has started to turn the corner on his slow start and has performed extremely well this month, resulting in a 1.40 goals-against average and a .952 save percentage over his five starts since Mar. 2. Considering both of these goaltenders are currently playing at a high level, there’s a very good chance this contest may prove to be a very low-scoring affair, although that’s something coach Paul Maurice probably wouldn’t be too upset about.

With puck possession becoming a major aspect of today’s game, limiting turnovers has also become just as important, particularly in the defensive zone. That being said, defenseman @Tucker Poolman has struggled mightily in that department recently, as he’s committed seven turnovers over the last four games – including three turnovers against the Maple Leafs on Saturday.
Digging deeper into Poolman’s struggles, his seven giveaways since Mar. 6 ranks him tied for the fifth-most in that category among all qualified skaters in the league. Since the Canadiens capitalized on the Jets’ mistakes in their previous matchup, the 27-year-old blueliner must play smarter with the puck over these next two games, especially when he’s positioned in his own zone.

Coming into this season, the Jets were hopeful forward @Nikolaj Ehlers would take another step forward in his development and the 24-year-old has done exactly that so far, as he’s currently producing career-highs in goals per game (0.52) and points per game (1.07). Though it may be difficult to believe, the former first-round pick has improved even further as the season has progressed, which has seen him producing at an elite level recently.
As a result of his offensive surge since Mar. 9, Ehlers is tied for the third-most goals (three) and points (six) among all qualified forwards during that span, making him the league’s Third Star of the week. With Price returning to his dominant form, at least for now, Winnipeg is counting on the young winger to continue performing at a high level during this two-game series.