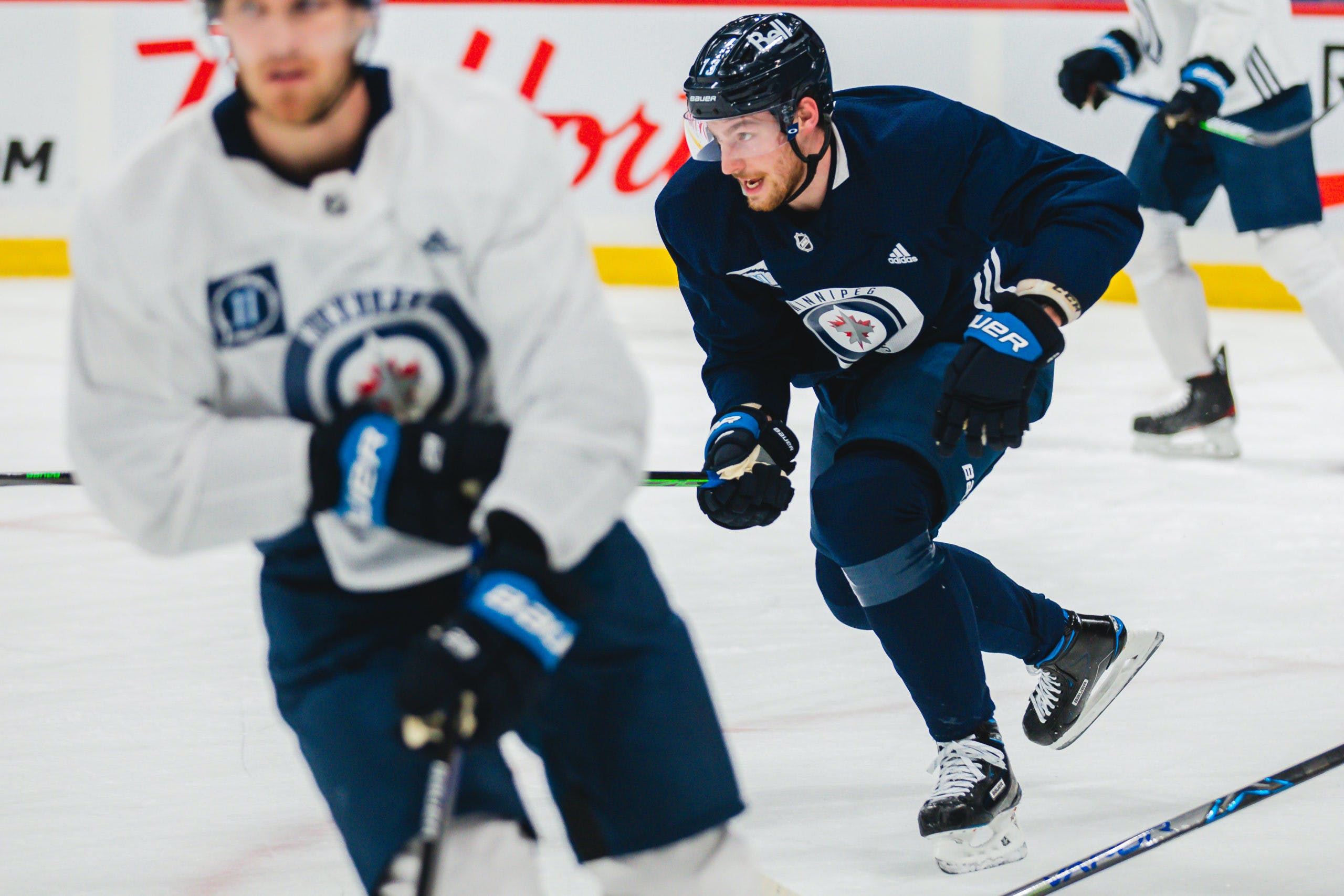 By Thomas Hall
1 year ago
Following a dominating 4-1 victory over the Calgary Flames on Thursday, the Winnipeg Jets received a four-day break over the weekend, but are now rested and looking to extend their current two-game winning streak during this Tuesday night showdown.
If it seems like these two teams have been playing against each other for two weeks straight, you probably aren’t the only person thinking that as the Jets haven’t faced a different opponent since they lost to the Vancouver Canucks on Jan. 30. But once this four-game series is completed, they won’t have to take on the Flames until Mar. 26, which is still probably too soon.
Here are three storylines that could impact the Jets’ fourth straight game against the Flames:

After being traded to Winnipeg on Jan. 23, forward @Pierre-Luc Dubois was forced to quarantine in a hotel room for 14 days once he arrived in Canada, preventing him from participating in any team activities during that timeframe. But now that he’s finished his isolation, the 22-year-old has been able to practice with his new teammates over the last three days – including Tuesday – and is now ready to make his debut in blue and white.
Despite scoring just one goal through five games with the Columbus Blue Jackets this season, Dubois will be aiming to turn things around with his new team and is hopeful he’ll make an immediate impact as well. Paired with teammates @Kyle Connor and @Trevor Lewis, the left-handed center will be tasked with creating a strong connection with his new linemates, although this newly formed trio should be able to generate plenty of scoring chances moving forward.

With Dubois finally entering the lineup, coach Paul Maurice and his staff were forced to find a way to balance their lineup and they’ve done just that, as their talent now spreads across all four lines. Most notably, forward @Paul Stastny, who some experts predicted would be moved over to the wing, will continue centering the team’s second line and he’s joined by teammates @Blake Wheeler and @Kristian Vesalainen
As for the third line, Connor and Lewis will skate together alongside Dubois on this newly formed unit, although they’ll still probably receive 15-17 minutes of ice time. The club’s fourth line looks pretty familiar to their old third line, as forwards @Adam Lowry, @Mason Appleton and @Mathieu Perreault have all been bumped down to the bottom line.

Despite coming off a promising performance against the Flames on Feb. 2 where he won four of his eight faceoff attempts, forward @Jansen Harkins suffered a lower-body injury during that same game and has been sidelined ever since. While the Jets were hopeful he’d be able to avoid a trip to the injured reserve, the 23-year-old just couldn’t surge past this injury and will require additional recovery time.
As a result of this move, Harkins will be forced to miss at least the next seven days, meaning he’ll miss at least the next four games and will be eligible to return on Feb. 16. But unless Maurice shakes up the forward lines at some point next week, it’s unclear if the youngster will even have a spot in the lineup when he’s healthy enough to return.

The puck will drop at 9 pm CT and will be available on TSN 3 along with 680 CJOB.
Uncategorized
Recent articles from Thomas Hall