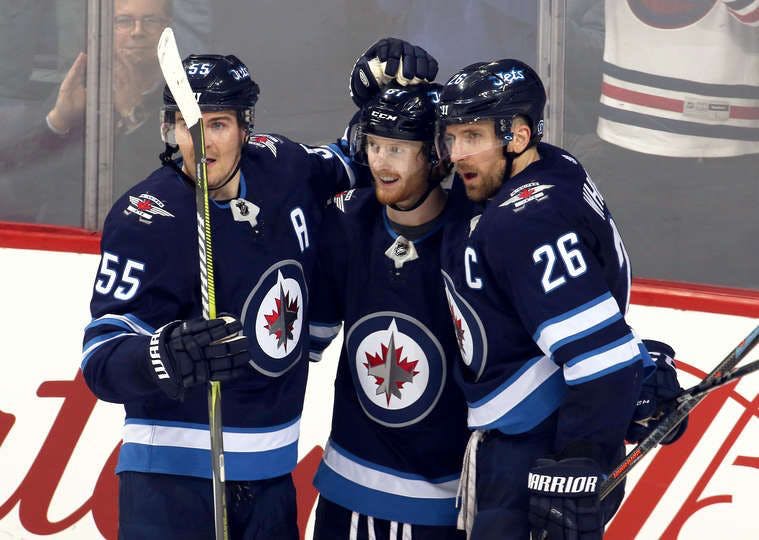 By Thomas Hall
1 year ago
Following a 4-1 win over the Ottawa Senators, the Winnipeg Jets improved to 3-1 through four games and are now preparing to endure an extremely busy weekend, as they’re scheduled for their second back-to-back series in less than a week.
Due to the shortened and compacted 2020-21 campaign, the Jets will be forced to play against these same Senators for the third straight game and are slated to welcome the Edmonton Oilers to town just one day later. Nevertheless, this team will be aiming to continue its current two-game winning streak and are hoping to enjoy a successful weekend.
Here are three storylines that could impact the Jets’ back-to-back series against the Senators and Oilers:

Despite being placed on the injured reserve on Friday, the Jets agreed to send forward @Patrik Laine to the Columbus Blue Jackets in exchange for @Pierre-Luc Dubois on Saturday. While the 22-year old would’ve missed this weekend series anyway, his departure, along with Dubois’ upcoming 14-day quarantine, leaves a massive hole on the club’s second line.
Since Laine is heading to Columbus, it’ll be crucial for the team’s top line – which includes forwards @Mark Scheifele, @Blake Wheeler, and @Kyle Connor – to continue carrying the offensive load during this next stretch of games. Along with the first line, it’d also be extremely beneficial for teammate @Nikolaj Ehlers, who’s scored two goals and four points through four games, to maintain his current production level with the Finnish goal scorer moving on to the next chapter of his career.

Without question, not having Laine on the ice has undoubtedly impacted Winnipeg’s power-play units in a negative way, although that doesn’t completely excuse their horrible results with the man advantage so far this season. Through four games, their power play has converted on just two of their 20 opportunities, providing them with the fifth-lowest conversion rate (10.0%) among all 31 teams in the league.
You don’t have to be a mathematician to figure out that the Jets can’t afford to continue failing when their opponent heads to the penalty box. Since the Senators are currently tied for the second-most penalties (27) committed this season, Saturday night’s matchup should serve as another chance for this roster to turn their current woes around, especially since they were provided seven power-play opportunities on Thursday.

Starting the regular season on a positive note, although his strong showing wasn’t on the ice, defenseman @Dylan DeMelo and his wife welcomed a new child into the world just before the puck dropped on the 2020-21 campaign. As a result, the 27-year old blueliner has missed the first four games of the season, but he’s slated to participate in his first game on Saturday night against the Senators.
Considering DeMelo quickly became a key part of this defensive group during his brief time last season, where he recorded 14 blocks, 11 hits, 10 shots on net, and one takeaway, he should provide a massive boost on the blue line moving forward. With the 6-foot-1 defenseman returning to action, teammate @Ville Heinola – who performed extremely well on Thursday in his season debut – will lose his spot in the lineup as he’s been assigned back to the taxi squad.

The puck will drop at 9 pm CT on Saturday and 8 pm CT on Sunday. The first game of the back-to-back will be available on CBC and Rogers Sportsnet. The second game will be shown on TSN 3. Both games can be heard on 680 CJOB.
Uncategorized
Recent articles from Thomas Hall