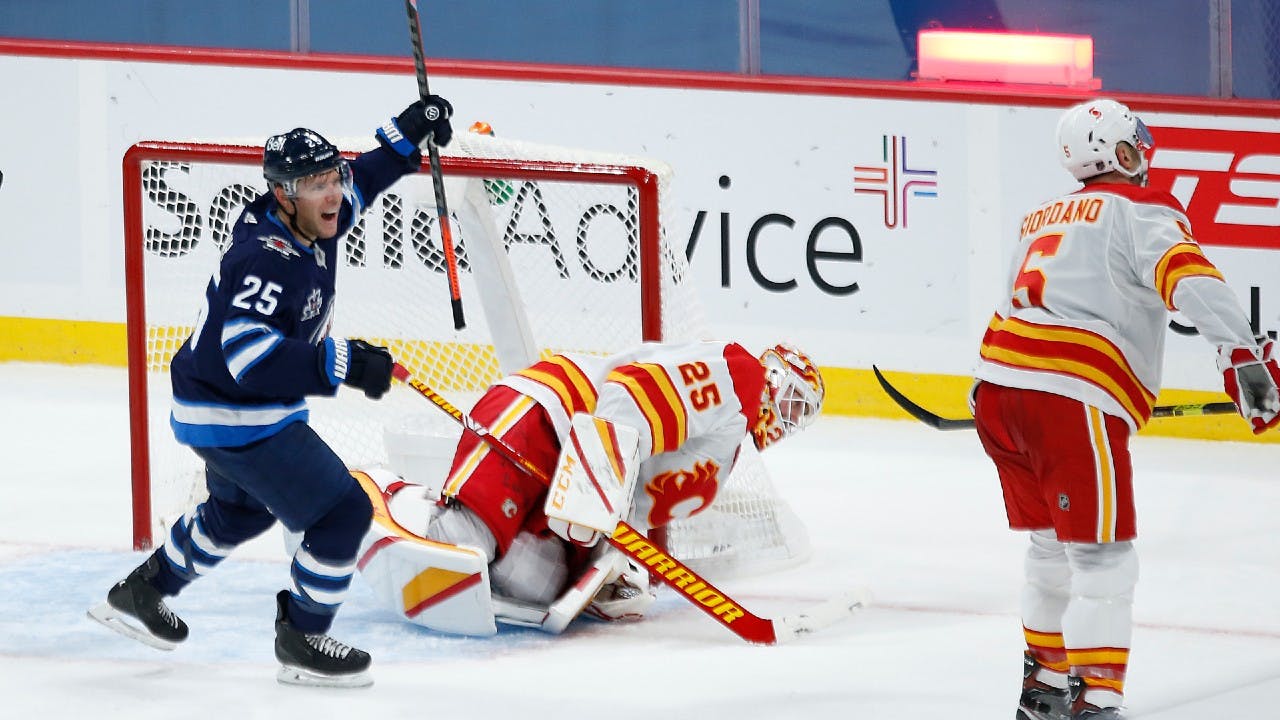 By Thomas Hall
1 year ago
Following a three-day break, the Winnipeg Jets returned to action on Saturday night against the Vancouver Canucks, but they couldn’t match the intensity of their opponent and ultimately fell by a score of 4-1.
After falling behind 2-1 in the first period, the Jets failed to recover during the final 40 minutes of play, as they allowed two more goals and were also shutout during that span. Now looking to end their current one-game losing streak, this team is scheduled to take on the Calgary Flames for the next four straight games with two of them occurring over the next two days.
Here are three storylines that could impact the Jets’ back-to-back series against the Flames:

While there’s no question Winnipeg desperately needed some time off, especially after completing six games in just nine nights, it seems they may have spent too much time away from the rink, as they couldn’t shake off their rust before the final horn sounded on Saturday. Along with being held scoreless through the final two periods, this club also generated just eight shots on net (four in the second period and four in the third period) over the final 40 minutes.
Needing to prevent those struggles from carrying over into this back-to-back series, it’ll be extremely important for every skater to come out with a strong burst of energy in the first period. Considering the Flames are currently tied for the third-fewest goals scored (five) in the opening frame, the Jets should have a solid opportunity to spend the majority of the first 20 minutes in the offensive zone.

Since the Jets struggled to create scoring chances last game against the Canucks, coach Paul Maurice has decided to make some adjustments involving his top-six forwards, as teammates @Blake Wheeler and @Kyle Connor have been demoted to the second line. As a result, forwards @Nikolaj Ehlers and @Andrew Copp have been bumped up to the club’s top line and are now skating alongside center @Mark Scheifele.
While it’s unclear how long these line combinations will remain together, Ehlers and Copp – who have combined for nine goals and 19 points since Jan. 19 – are truly being recognized for their stellar performances over the last six games. As for what this demotion means for Wheeler and Connor, both of them must find a way to create some chemistry with new linemate @Paul Stastny – who’s produced two goals and six points over the last four contests – during this next stretch of games.

3. Opportunity for Neal Pionk to Produce on Power Play

After converting on just two of their first 20 power-play opportunities to open the season, the Jets have somewhat rebounded off their horrendous start and have gone 4-for-11 (36.4%) with the man advantage over the last four games. That being said, the club’s power-play units are far from perfect, especially since their top two defensemen (@Josh Morrissey and @Neal Pionk) have combined for just two power-play points this season.
In particular, Pionk – who led the team in power-play points (25) last season – has produced just one assist with the man advantage through eight games and has also recently struggled to fire the puck on net, as he’s been held to just one shot on net in each of the last three games. But considering the Flames’ penalty-killing unit is currently tied for the seventh-lowest success rate (71.4%) since Jan. 22, this could be the perfect time for him to break out of his scoring woes.

The puck will drop at 7 pm CT for both games and each of them will be available on TSN 3 along with 680 CJOB.
Uncategorized
Recent articles from Thomas Hall