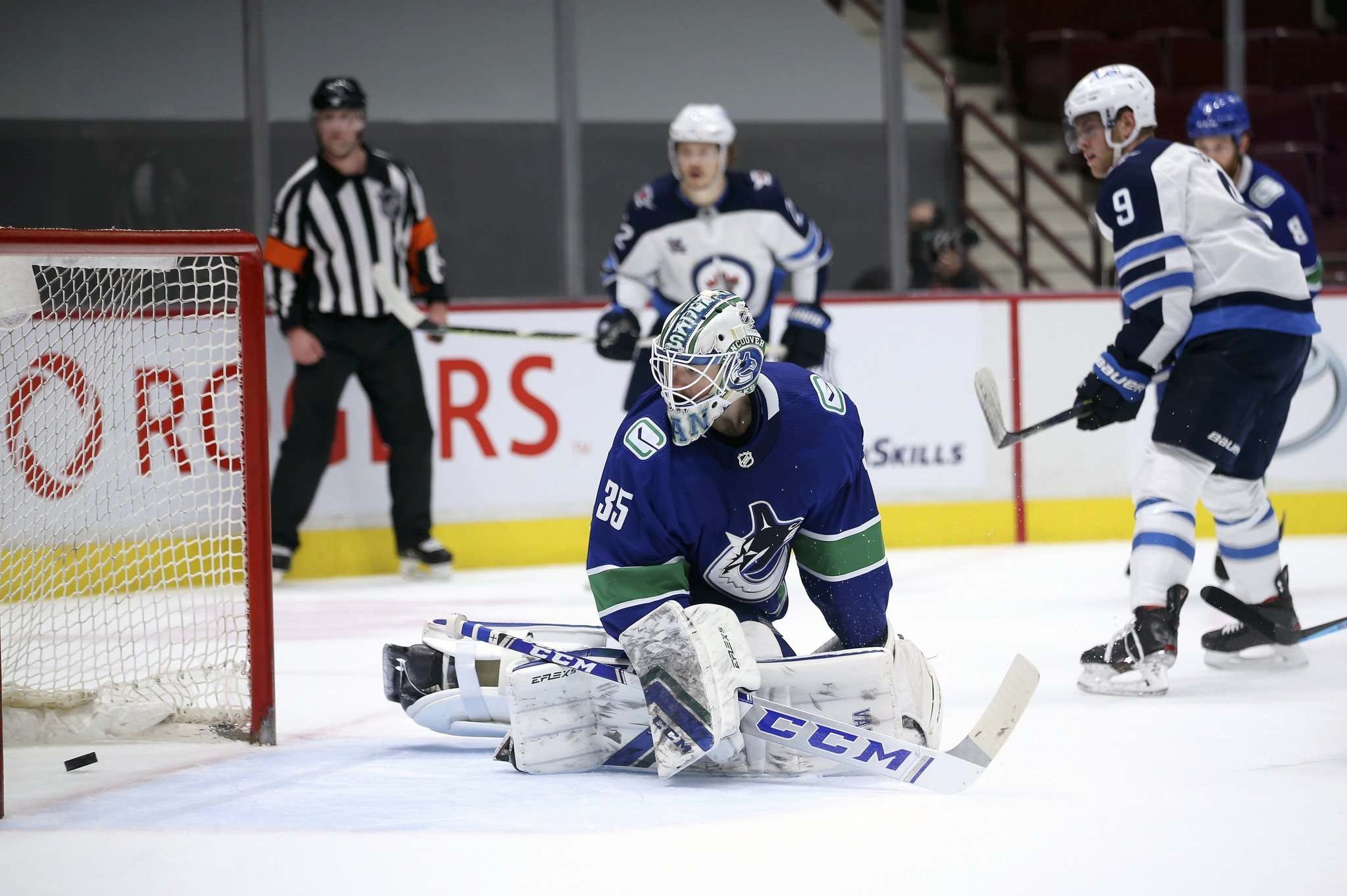 By Thomas Hall
1 year ago
Coming off a 4-2 defeat against the Ottawa Senators, the Winnipeg Jets are entering the final week of the regular season and only have three games remaining before the playoffs begin, which includes a back-to-back series against the Vancouver Canucks starting Monday night.
Considering Winnipeg has already clinched a playoff spot, there isn’t much left to play for during this final stretch, although it’d certainly be ideal if they could enter the postseason while riding a three-game winning streak. But even if this team only wins one of these next three contests, they’ll still guarantee a first-round matchup against the Edmonton Oilers and won’t be forced to face off against the Toronto Maple Leafs.
Here are three storylines that could impact the Jets’ two game-series against the Canucks:

With the Jets focused on the upcoming playoffs, the coaching staff is providing some much-needed rest to skaters who may have been forced to play through some bumps and bruises this season, which is why defensemen @Tucker Poolman and @Neal Pionk will both sit out during the first game against the Canucks. Since it’s unclear if they’ll be available in the second half of this two-game series, there’s also a chance Poolman and Pionk could be held out for this entire series.
Filling in as their replacements, teammates @Logan Stanley and @Ville Heinola will draw into the lineup, however, they won’t be paired together as Heinola will skate alongside @Josh Morrissey on the top defensive pairing. As for Stanley, he’ll be joining veteran @Jordie Benn on the third pairing, resulting in a new duo between @Dylan DeMelo and @Derek Forbort on the second pairing.

Without question, forward @Andrew Copp has jumped between more lines than probably any other skater this season as he’s spent time on the first, second and third lines. Though he’s played the last few games alongside teammates @Adam Lowry and @Mason Appleton, coach Paul Maurice is looking to spark the club’s second line and is pairing the 26-year-old with forwards @Pierre-Luc Dubois and @Mathieu Perreault.
Considering Copp has already produced career-highs in goals (15) and points (39) in 2021, chances are he’ll bring a goal-scoring presence that this unit was largely missing, potentially allowing Winnipeg’s second line to break out offensively against Vancouver. Rounding out the team’s third line, veteran @Paul Stastny is expected to join Lowry and Appleton with the hope he can have a strong influence on his new linemates.

Along with joining the third line, Stastny is also on the verge of making history as he’s just two games away from reaching 1,000 NHL career games, which would make him the 47th Canadian-born skater to accomplish that feat since 2000-01. While the 35-year-old has only spent two seasons with the Jets, it’ll still be a very special moment for him to cross this threshold while dawning blue and white.
Taking into account his dad, Peter, finished 23 games shy of this achievement, it speaks volumes about the type of career Paul has enjoyed to be able to earn this milestone during his 15th campaign in the league. Regardless of what happens this off-season, which will see the veteran forward become an unrestricted free agent, nothing can take away the historic night he’s set to experience on Tuesday.

Both games will start at 7 pm CT and be available on TSN 3 along with 680 CJOB.
Uncategorized
Recent articles from Thomas Hall