Scheifele, Comrie, Morrissey: Three stars of the game from Jets’ victory over Stars 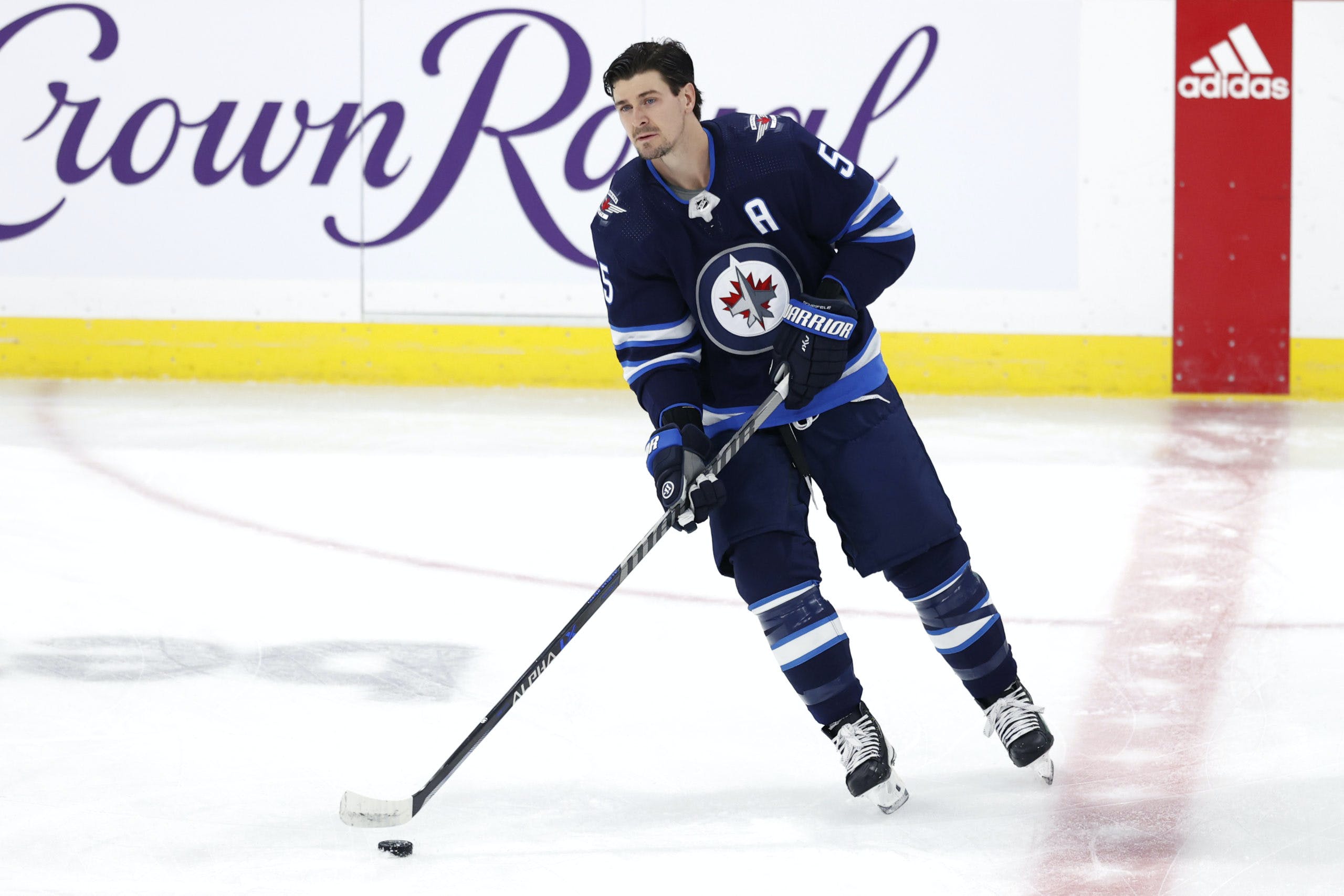 By Thomas Hall
1 year ago
Oh what a night, one that almost ended miserably for the Winnipeg Jets.
Despite carrying a 3-1 lead into the third period, the Jets quickly coughed up that two-goal advantage around the midway point of the final frame, allowing the Dallas Stars to tie things up before regulation concluded. After overtime solved nothing, a shootout was required to determine the winner of this Central Division showdown.
Thankfully for the home crowd, the return of No. 55 provided everyone with a satisfying ending to this Tuesday night thriller – something most fans probably didn’t think was possible once the score became tied 3-3.
With that in mind, let’s explore the three stars of the game from this matchup between the Jets and Stars.

Stat Line:
One assist, two shots on goal, a shootout game-winner, 21:12 minutes of ice-time
Performance:
After missing the last five games due to COVID-19, @Mark Scheifele made his triumphant return to the lineup Tuesday, and though he opened the game on Winnipeg’s third line, he made a strong impact in his first contest back.
Inserting his name onto the scoresheet in the second period, Scheifele helped generate his team’s third goal of the night, as his shot from the wing ultimately bounced off @Pierre-Luc Dubois’ skate for the score. Then with everything on the line in the shootout, the 28-year-old skated down the ice and dangled his way to a game-winning goal during the skills competition.

Stat Line:
Stopping 24 of 27 shots against
Performance:
Making just his second start of the season, @Eric Comrie was clear and above one of the key difference makers throughout this contest against the Stars, which saw him make numerous key saves at crucial points of the game. Whether it was negating scoring chances off the rush, or while his team was pinned down in the defensive zone, the 26-year-old never shied away from coming through in clutch moments.
Unfortunately, Comrie’s teammates took their foot off the pedal in the third period, allowing Dallas to claw back into this matchup with a pair of greasy, low-percentage goals in the final 20 minutes. Luckily, the 6’1″ netminder kept his club in the game until they broke through in the shootout round.

Stat Line:
One goal, four shots on goal, 22:05 minutes of ice-time
Performance:
Without question, @Josh Morrissey’s 200-foot game was on full display Tuesday as he made a considerable impact up and down the rink. Starting with his offence, the 26-year-old made it a priority to repeatedly fire the puck on net, which ultimately earned him his third power-play goal of 2021-22.
In addition, Morrissey was seen joining the rush into the offensive zone multiple different times and also led a few across the blue line himself, too.
Defensively, the left-handed blueliner proved to be very effective without the puck inside the defensive zone, as he played very aggressively with his stick and positioning, allowing him to break up a handful of passes from the Stars’ skaters.
Uncategorized
Recent articles from Thomas Hall