Sami Niku on His Way Out? 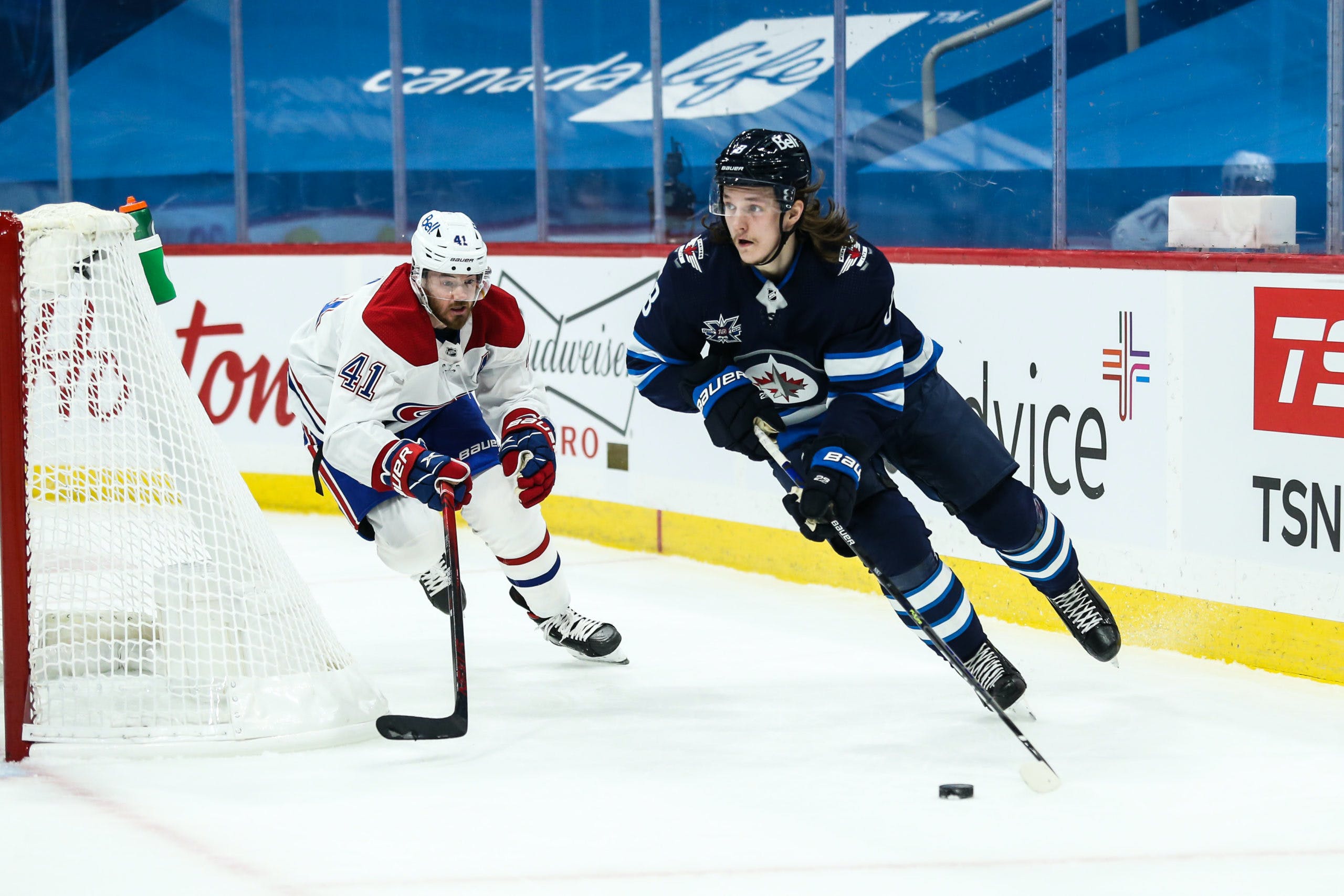 By Angus Hout
1 year ago
After general manager Kevin Cheveldayoff picked up defensemen @Brenden Dillon and @Nate Schmidt, those impact trades have seemed to bump a few of the younger defensemen on the Winnipeg Jets’ roster down a couple of spots, which could potentially force the front office to subtract a young blueliner from the organization this off-season.
With the Jets acquiring more reliable and experienced defensemen, it should help provide significantly more support for goaltender @Connor Hellebuyck and the forward group as well. Having said that, the downside to this situation is that the younger defenders have to spend more time with the Manitoba Moose or sit in limbo where they’re too good for the AHL, but can’t crack the NHL roster.
On the latest episode of the 32 Thoughts podcast, Sportsnet’s Elliotte Friedman said, “I do think they’re going to try and move @Sami Niku, I think he would like to go somewhere else to get an opportunity to play. So that’s still one move I’m still expecting.”
This certainly isn’t the first time we’ve seen this kind of thing, and I don’t blame those former players for wanting out to play somewhere else. With Niku in particular, the 24-year-old has played just 54 career NHL games since making his debut in 2017-18 and only participated in six games last season, where he failed to register a single point.

What Could the Jets Receive For Niku?

At most, I think the Jets will probably either break even or lose this potential trade. Cheveldayoff has, for the most part, been fairly effective at making trades and has rarely been on the wrong side of them. But since this team needs to re-sign restricted free agents @Andrew Copp, @Logan Stanley and @Neal Pionk, it’d be wise for management to create some cap space.
Since Niku comes with a cap hit of $725,000 next season, according to PuckPedia.com, Winnipeg could utilize that amount to help them retain all three of their RFAs. So the best course of action would likely be trading the left-hander in exchange for a draft pick.
Ideally, that compensation would result in a 2022 third-round pick to make up for the third-rounder the Jets surrendered to the Vancouver Canucks in the Schmidt trade. If Niku was indeed moved, a change of scenery could allow him to prove himself with another organization, which might allow the youngster to flourish offensively.
What do you think the Jets should try and get for Niku? Or should he be shoehorned into the Jets’ lineup? Let me know in the comments below.
Uncategorized
Recent articles from Angus Hout