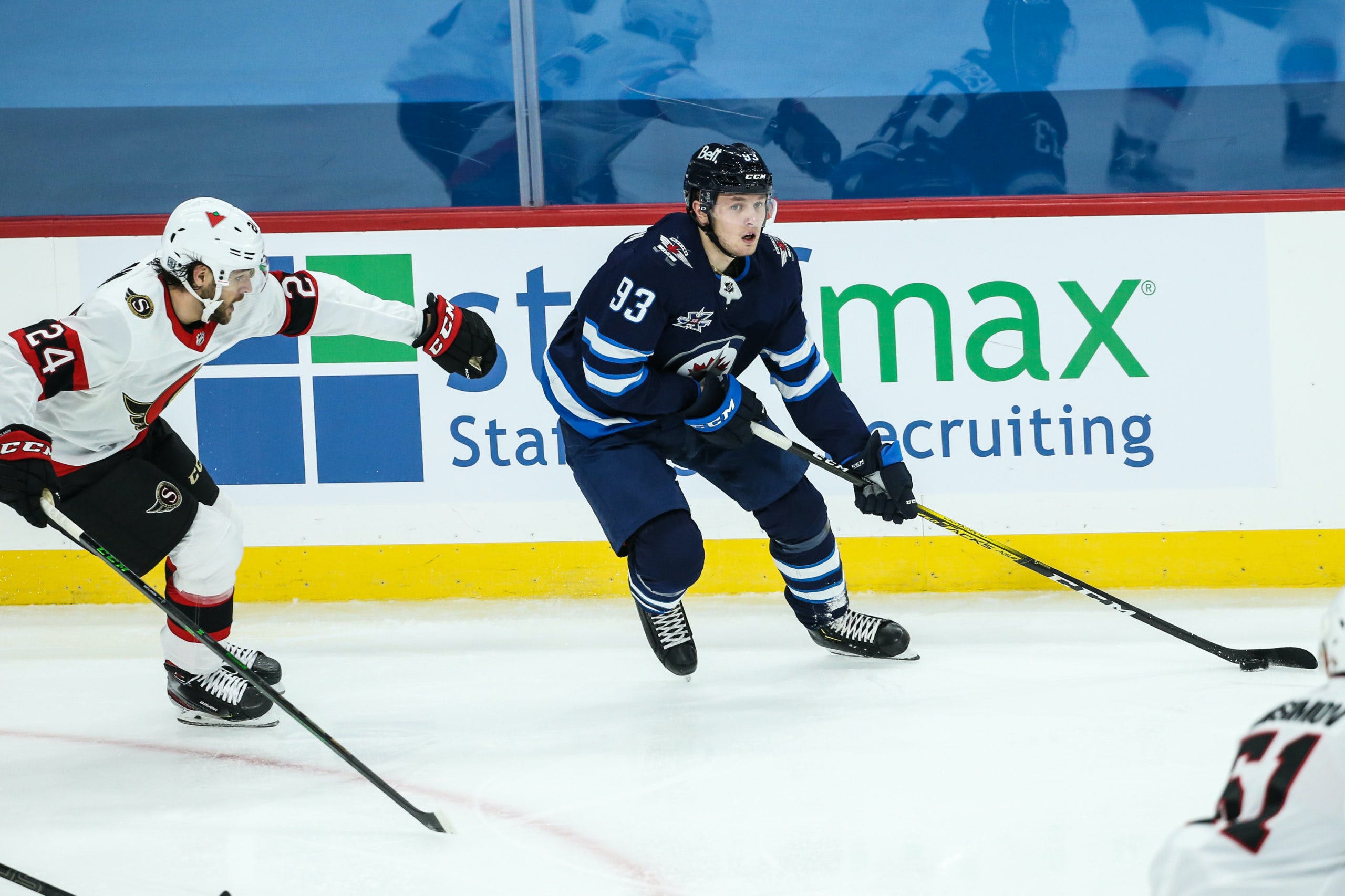 By Thomas Hall
5 months ago
After spending the previous four seasons in North America, Winnipeg Jets forward @Kristian Vesalainen has decided to return to Europe for the 2022-23 season.
For weeks, multiple reports had suggested Vesalainen was seeking to leave the National Hockey League this off-season, creating a path for him to play overseas. On Monday, that indeed proved to be the case as the 6’3″ forward officially signed with the Malmö Redhawks of the Swedish Hockey League.
In a press release, the Helsinki, Finland, native spoke about taking this next step in his career, saying “I have a really good feeling and am really looking forward to coming to Malmö.”
Vesalainen, 22, was selected by the Jets in the first round of the 2017 NHL Draft. The left-hander had just concluded his three-year, entry-level contract and was set to become a restricted free agent this summer.
Winnipeg can retain Vesalainen’s NHL rights as long as the front office submits a qualifying offer, which would be based on his 2021-22 salary ($832,500).
Across three NHL seasons, the former top prospect logged 70 career games, scoring just two goals and five points. He also posted 81 hits, 49 shots on goal, 20 blocks and seven takeaways.
Prior to being drafted, Vesalainen spent two seasons in the SHL from 2015-2017, playing for the Frölunda HC. In 45 combined contests, he registered two goals and eight points.
The young forward will attempt to rediscover his game in Sweden following two consecutive disappointing campaigns with the Jets.