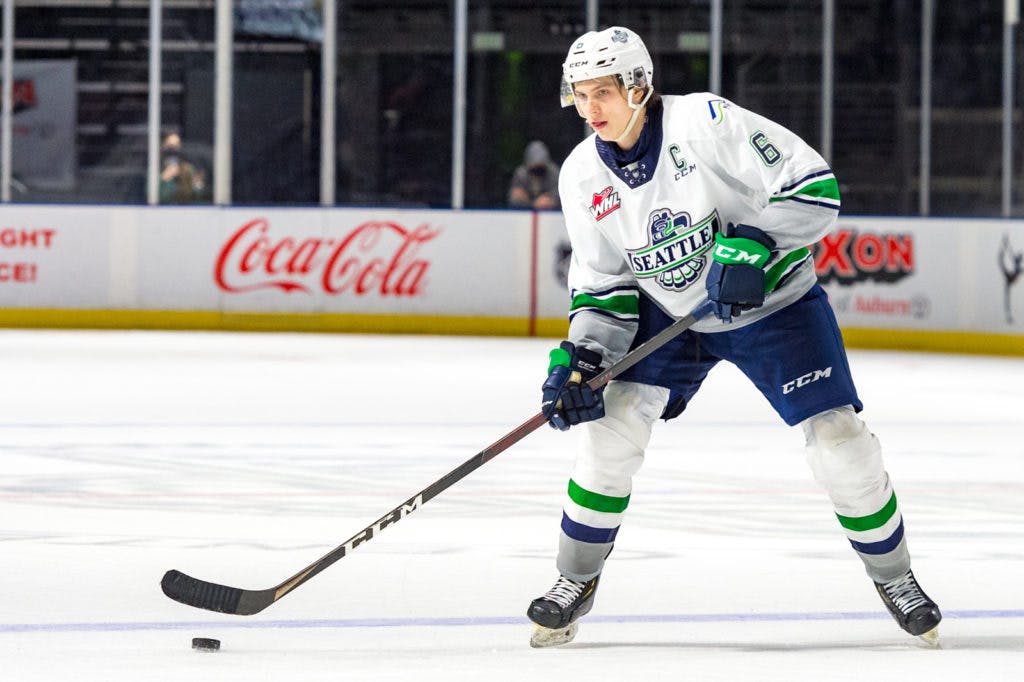 By Thomas Hall
6 months ago
The Winnipeg Jets have signed defenceman Tyrel Bauer to a three-year, entry-level contract. His draft rights were set to expire on Jun. 1, 2022.
As part of his contract, Bauer will be paid $80,000 in the minors and would carry an $850,000 cap hit if promoted to the National Hockey League. The length of the deal will begin next season and run through 2024-25.
Bauer, 20, was selected by Winnipeg in the sixth round of the 2020 NHL Draft. Since then, he’s spent each of the last two seasons serving as the captain of the Seattle Thunderbirds in the Western Hockey League.
The 6’3″ blueliner scored five goals and 10 points through 32 regular-season games in 2021-22. During the post-season, he’s posted four assists in 18 contests.
Heading into next season, Bauer will likely be competing for a roster spot on the Manitoba Moose of the American Hockey League.