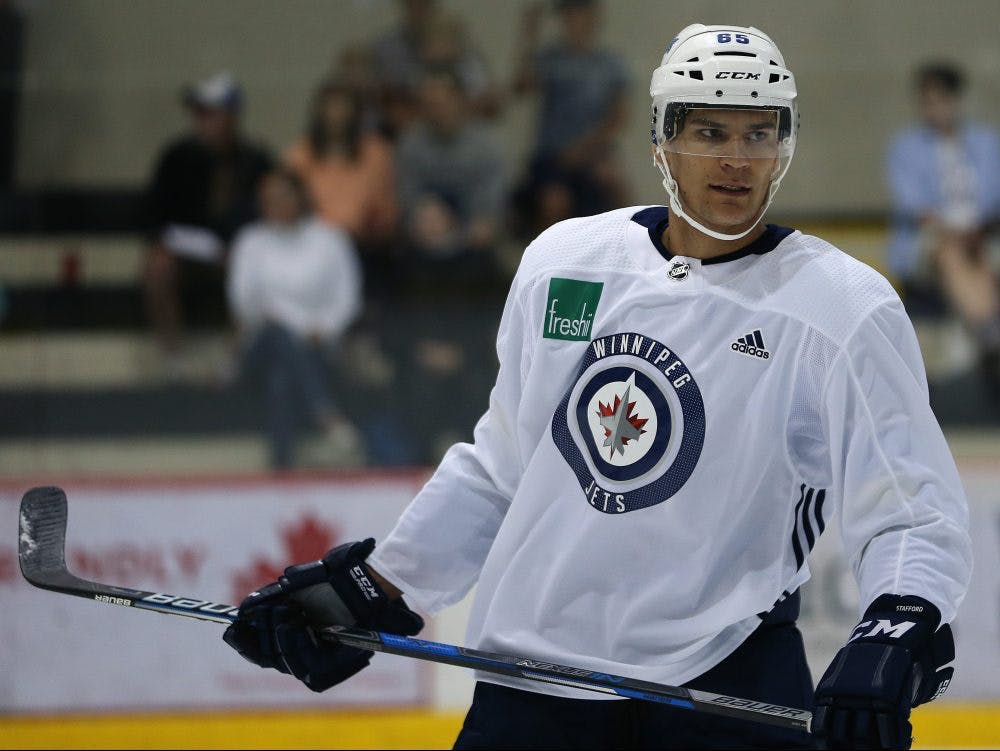 By Thomas Hall
1 year ago
On the same day the Winnipeg Jets avoided arbitration with forward @Andrew Copp, the front office has reportedly re-upped another one of their restricted free agents as they’ve come to terms with prospect @Johnathan Kovacevic on a one-year contract extension.
Coming off his two-year, entry-level contract, Kovacevic, 24, featured arbitration rights for the first time in his young career, however, a hearing won’t be required anymore now that he’s signed through 2021-22. If he appears in the NHL, the 6’5″ defenseman will earn $750,000, but if he remains in the AHL, the youngster will receive $90,000.
Originally selected in the third round of the 2017 NHL Draft, Kovacevic has spent the last two seasons with the Manitoba Moose and enjoyed a very productive performance in 2020-21, earning him honors as the club’s Best Defenceman.
Making the most of the pandemic-shortened campaign, the right-hander registered two goals, 14 points and a +10 rating over 29 games with the Moose.
The Jets will open their preseason schedule on Sep. 26 against the Ottawa Senators.
Jets News
Recent articles from Thomas Hall