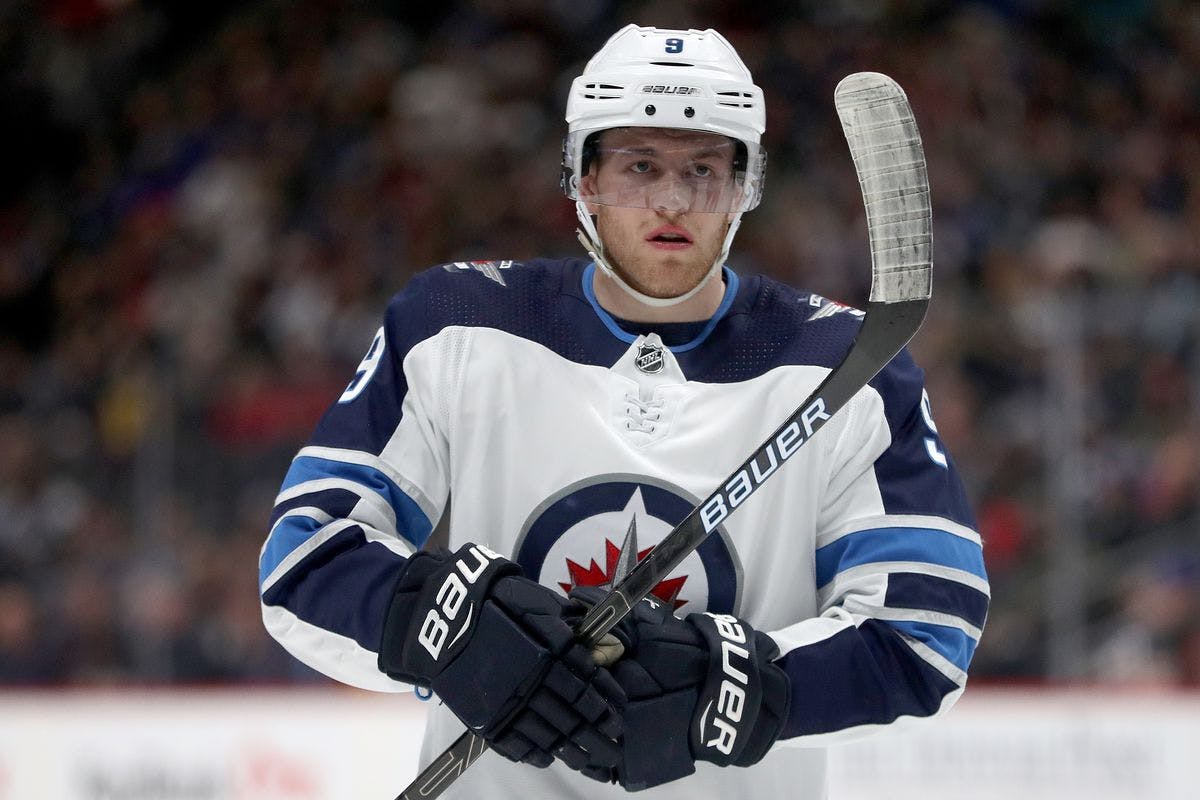 By Craig Jones
1 year ago
In this week’s Player Spotlight, we shine a little light on @Andrew Copp. The 26-year-old Michigan alumnus has been on an absolute tear this season, managing to somehow notch a career-high in points during a shortened season – 34 points in 45 games. Not too shabby for a former fourth-round pick. Copp currently sits fourth in points for the Winnipeg Jets, while also being in the top-three for short-handed time on ice. This season more than others, he’s proven that he can consistently perform on both ends, which is why it felt like the perfect time to get to know the American winger.

Andrew was born in Ann Arbor, Michigan to Andy and Anne Marie Copp. The Copp family lived at the rink. Andrew’s mother was a figure skating coach, while his father coached youth hockey. This unique pedigree helped Andrew make the 2007 Detroit Compuware hockey team that played in the prestigious Québec International Pee-Wee Hockey Tournament. While the latest sports trend has been to specialize your child in one sport, Andrew’s dad encouraged him to play football. Copp was a dominant quarterback for Skyline High School and etched himself in state history when he threw for 557 yards and seven touchdowns. Unfortunately, his football career was cut short with a collarbone injury, but thankfully, he was still offered a scholarship to play hockey for the Michigan Wolverines.
The Michigan native proudly played three seasons for his home state university. This included being the first junior to be named captain since @Luke Glendening in 2010. I believe leadership is like a gene, you either got it or you don’t. And Copp’s definitely got it. His teammates not only rave about his leadership on and off the ice, but they praise his work ethic and willingness to slide into whatever role is asked of him. These attributes combined with his superior skill set is why Copp has continued to progress year after year.
The former fourth-rounder was never high on scouting lists, yet he’s always managed to work himself from the periphery of the roster to becoming a valuable contributor. In fact, we are only a month removed from when Copp tallied his first NHL hat-trick in a dominant four-goal performance against Vancouver. The best part of this feat wasn’t just the two points, but one lucky Jets fan got a nice $100,000 cheque in the mail thanks to Copper’s scoring touch. That’s what we call a win-win situation!
The season is winding to an end and, with only 11 games remaining, Winnipeg will be counting on Copp to help challenge the Toronto Maple Leafs for first place in the North Division. The fact that Copper enters restricted free agency this off-season will give him that extra incentive to perform and boost his stock. In the end, the Jets will end up having to overpay Copp to avoid arbitration, but if the tradeoff is a deep Stanley Cup run, then c’est la vie. That’s a price Jets fans will be more than willing to pay.
Twitter:@Jonesinthezone
IG:@Jonesinthezone
Uncategorized
Recent articles from Craig Jones