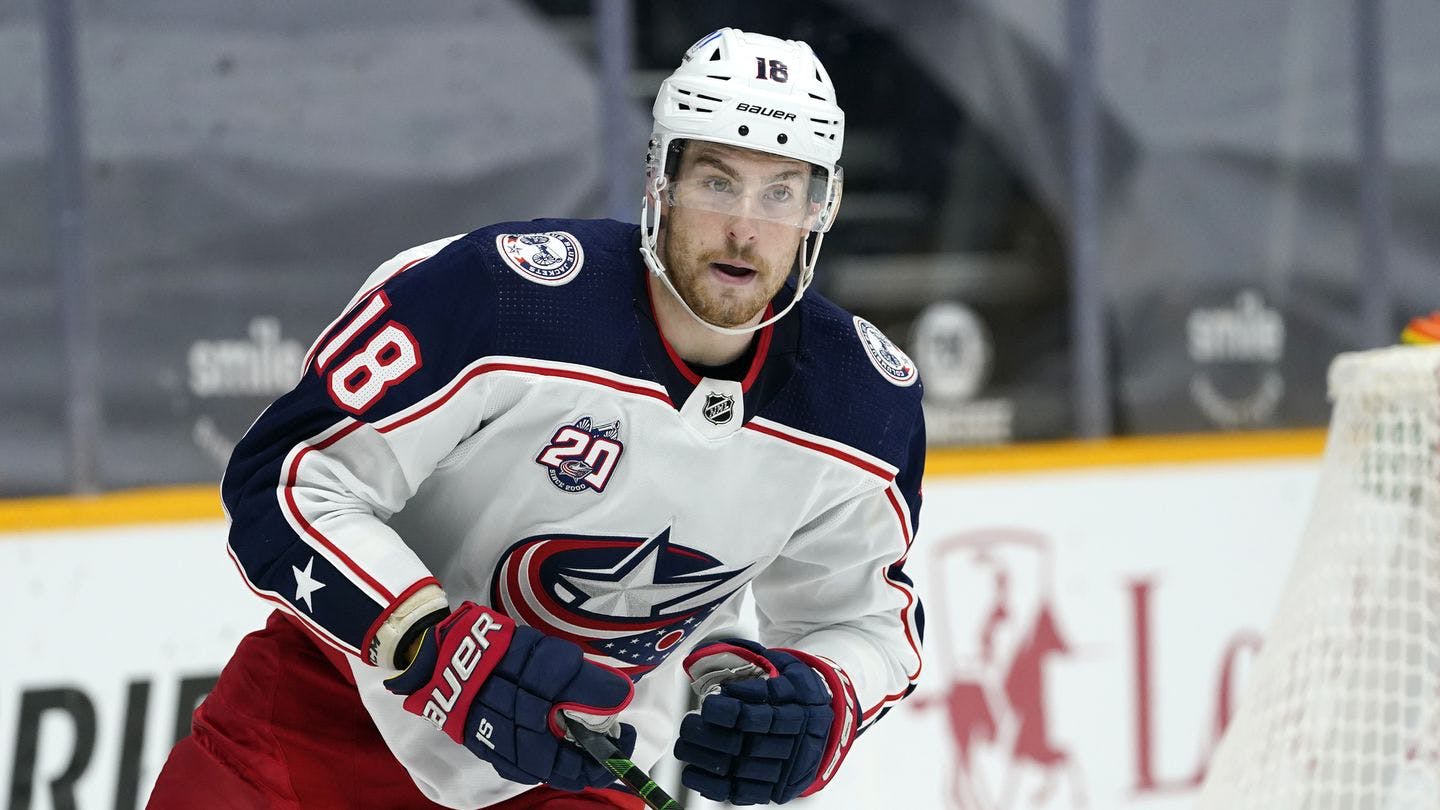 By Thomas Hall
1 year ago
After completing a blockbuster trade with the Columbus Blue Jackets on Jan. 23, which included forwards @Patrik Laine, @Jack Roslovic and @Pierre-Luc Dubois, the Winnipeg Jets were hopeful their newest skater wouldn’t be sidelined for the next two weeks but they haven’t made any progress in that department.
Following Friday’s practice, coach Paul Maurice was asked if there was any update on Dubois’ quarantine status, but he admitted there was nothing to report as of right now, meaning there’s a strong chance the 22-year-old will be forced to sit out the full 14 days.
Considering Dubois arrived in Winnipeg on the same day his trade was made official, he’ll first be eligible to participate in team activities on Feb. 6 and could make his debut a few days later on Feb. 9 against the Calgary Flames. That being said, Maurice isn’t ready just yet to announce when the left-hander will appear in his first game.
“That’s a long time to be off the ice,” Maurice explained. “We’ll get him on the ice and make an assessment from there.”
Whenever Dubois makes his Jets debut, he’s expected to skate alongside teammates @Nikolaj Ehlers and @Paul Stastny on the club’s second line.
Through five games this season with the Blue Jackets, the 6′ 3″ center averaged just 14:31 minutes of ice time per game, producing one goal, seven shots on net, three blocks, two hits, one takeaway and a 54.1% faceoff percentage.
Winnipeg is scheduled to take on the Vancouver Canucks at Bell MTS Place on Saturday at 9 pm CT.
Jets News
Recent articles from Thomas Hall