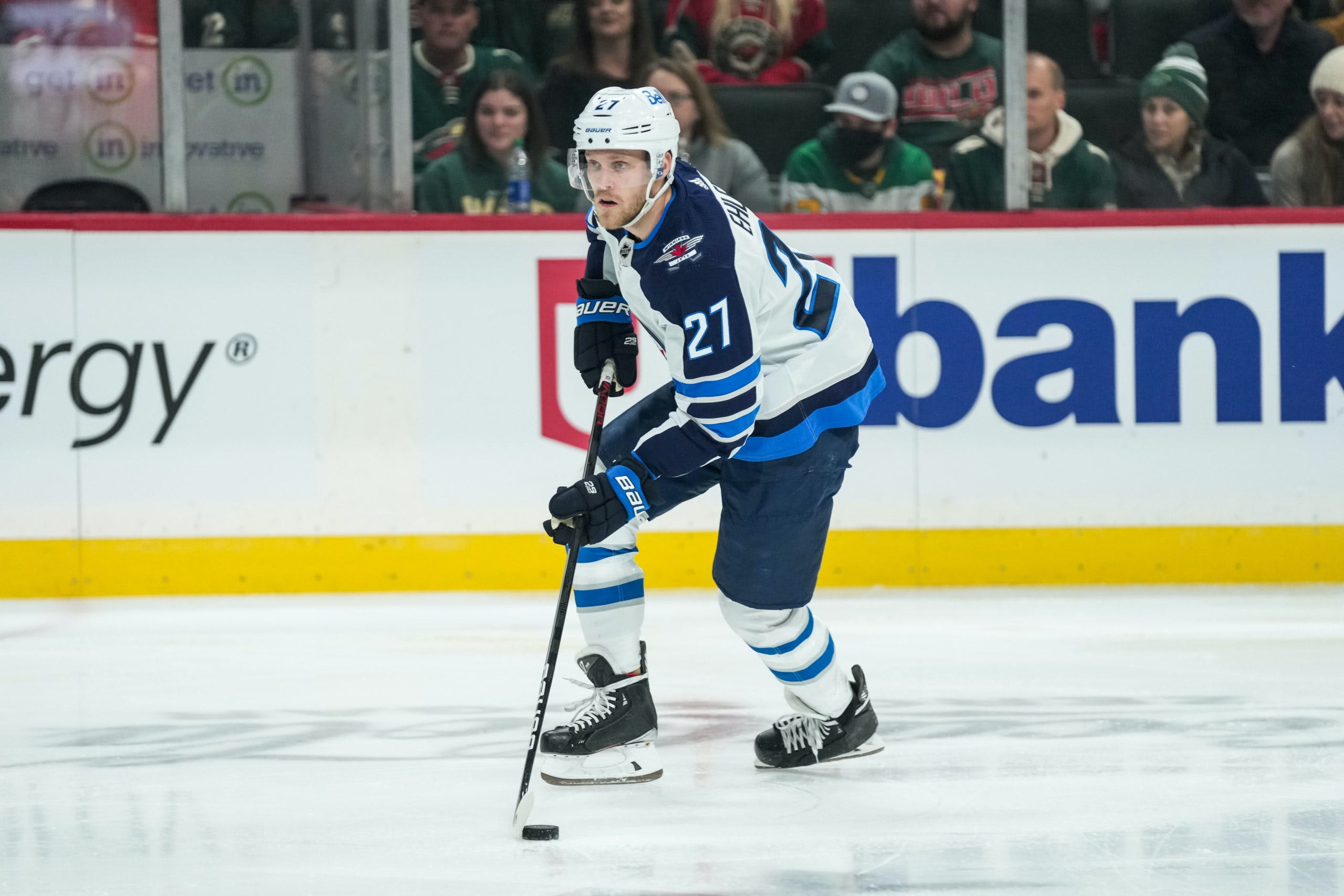 By Thomas Hall
10 months ago
Just one night after losing 4-3 in overtime to the Washington Capitals, the Winnipeg Jets provided an update on forward @Nikolaj Ehlers, who suffered a knee injury in the third period of Tuesday’s contest.
Following the club’s Wednesday practice, interim coach Dave Lowry revealed that Ehlers will undergo further testing on his knee to determine the severity of his injury. Additionally, the 6’0″ winger has also been ruled out for the remainder of this current four-game road trip, which concludes on Jan. 23 in Pittsburgh.
Ehlers, 25, left Tuesday’s game early after colliding knee-on-knee with Capitals defenceman @Dmitry Orlov. Unfortunately, no penalty was assessed on the play, however, the 5’11” blueliner is scheduled for a hearing with the league’s Player Safety Department on Wednesday.
Prior to this injury, the left-handed forward had just returned to Winnipeg’s line-up following his one-game absence due to COVID-19.
Through 34 games this season, Ehlers has averaged 18:35 minutes of ice-time per night, posting 13 goals and 25 points. In addition, he’s also registered 134 shots on goal, 23 takeaways, 17 hits and 14 blocks.
On a related injury note, captain @Blake Wheeler practiced as a full participant once again, although he admitted afterwards it’s unlikely he’ll be available next game.
The Jets will continue their road trip Thursday when they take on the Nashville Predators, beginning at 7:00 pm CT.
Uncategorized
Recent articles from Thomas Hall