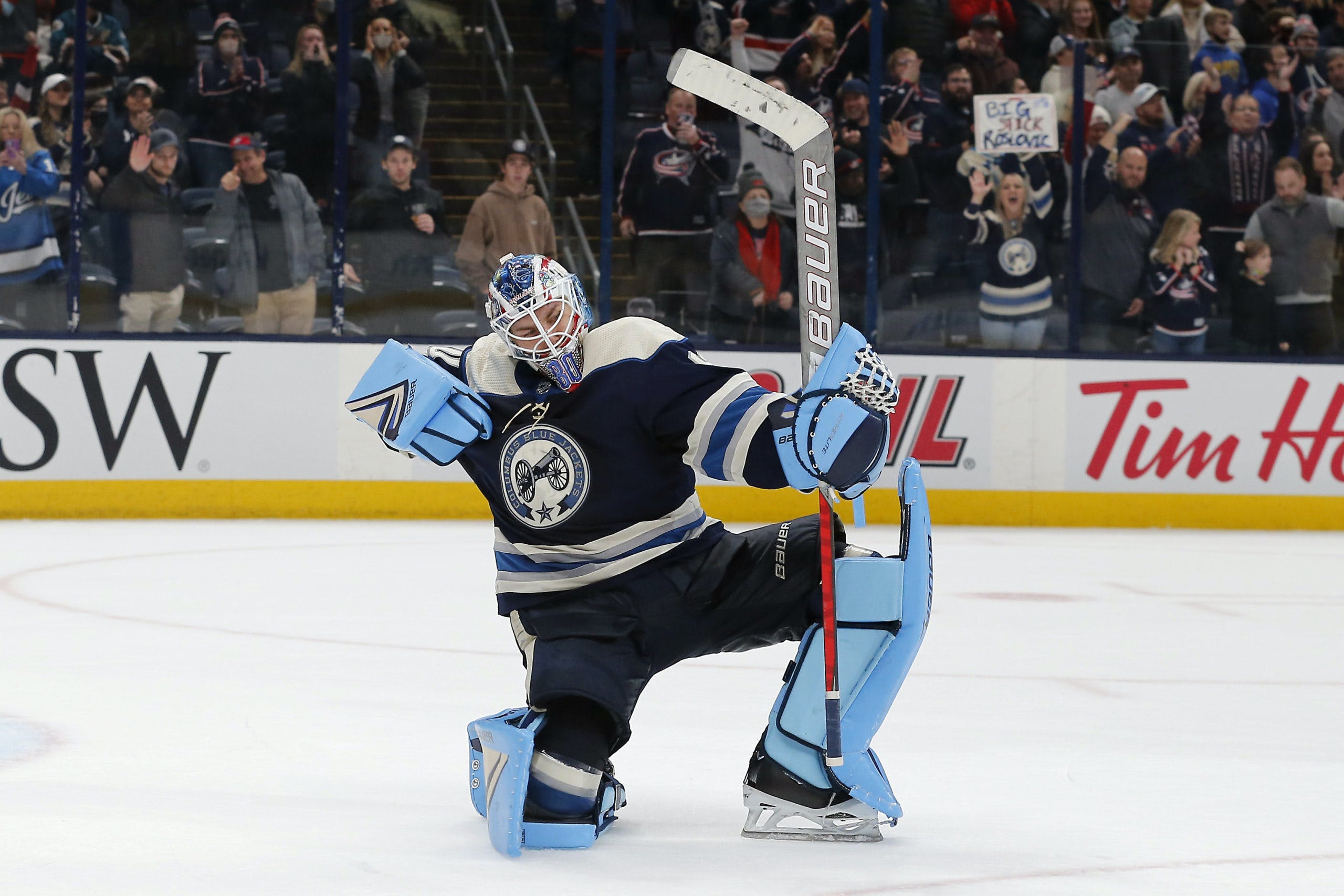 By Thomas Hall
1 year ago
The rough times are continuing for the Winnipeg Jets, who lost a fourth straight game Wednesday night at the hands of the Columbus Blue Jackets.
In what initially served as forward @Pierre-Luc Dubois’ return to his old stomping grounds, quickly turned into one of the worst performances of the 2021-22 season from the Jets. Hoping to end their winless drought, this team failed to accomplish that feat once again as the Blue Jackets executed their gameplan perfectly through all three periods.
Along with generating plenty of scoring chances for themselves, in addition, Columbus’ skaters were also able to completely neutralize Winnipeg’s offensive attack. Thanks to their aggressiveness in the neutral and defensive zones, the road team couldn’t enter the offensive zone cleanly, leading to numerous broken plays along the perimeter – making for a frustrating night.
As for the top performers from this matchup, here are the three stars of the game from the Blue Jackets’ 3-0 victory:

Stat Line:
Stopped all 36 shots against, first shutout of 2021-22
Performance:
@Elvis Merzlikins didn’t leave the building Wednesday night, in fact, the 27-year-old netminder stole the show at Nationwide Arena. Serving as the leading star for Columbus, the former third-round selection frustrated Winnipeg’s skaters all game long, during 5-on-5 and power-play situations.
Despite being shorthanded four separate times, Merzlikins stopped all seven shots he faced, preventing the Jets from breaking through on the power play. Once the final horn sounded, the 6’3″ goaltender was rightfully awarded a shutout victory – his first of the season and eighth of his career.
All in all, it was a dominating performance from “The King of Rock and Roll” himself.

Stat Line:
One goal (game-winner), three shots on goal, one block, 11:41 minutes
Performance:
Appearing in just his 16th National Hockey League game, it was certainly a memorable night for forward @Gregory Hofmann, who opened the scoring for his team Wednesday.
With teammate @Max Domi leading the breakout into the offensive zone, Hofmann joined the rush and put himself in a perfect position to receive a pass from his linemate. Once the puck hit his stick, the 29-year-old didn’t waste any time before firing it into the back of the net, handing the Blue Jackets a 1-0 lead late in the first period.
Though this marker was the first of three on the night, since the Jets were held off the scoreboard, Hofmann’s second goal of his rookie campaign ultimately proved to be the game-winner – the second of his career.

Stat Line:
Stopped 29 of 31 shots against
Performance:
Like most nights as of late, @Connor Hellebuyck proved to be the best skater on the ice for the Jets during this showdown, as the 28-year-old, as usual, kept his team in the game for as long as possible. Whether it was denying odd-man rushes, bailing out his teammates or standing tall while shorthanded, nothing more could’ve been asked of the 6’4″ netminder.
Despite allowing a pair of goals, which easily could’ve been more, Hellebuyck made several key saves throughout the night, albeit, in a losing effort.
With a back-to-back next up, things aren’t going to come any easier for the Jets in the short term.