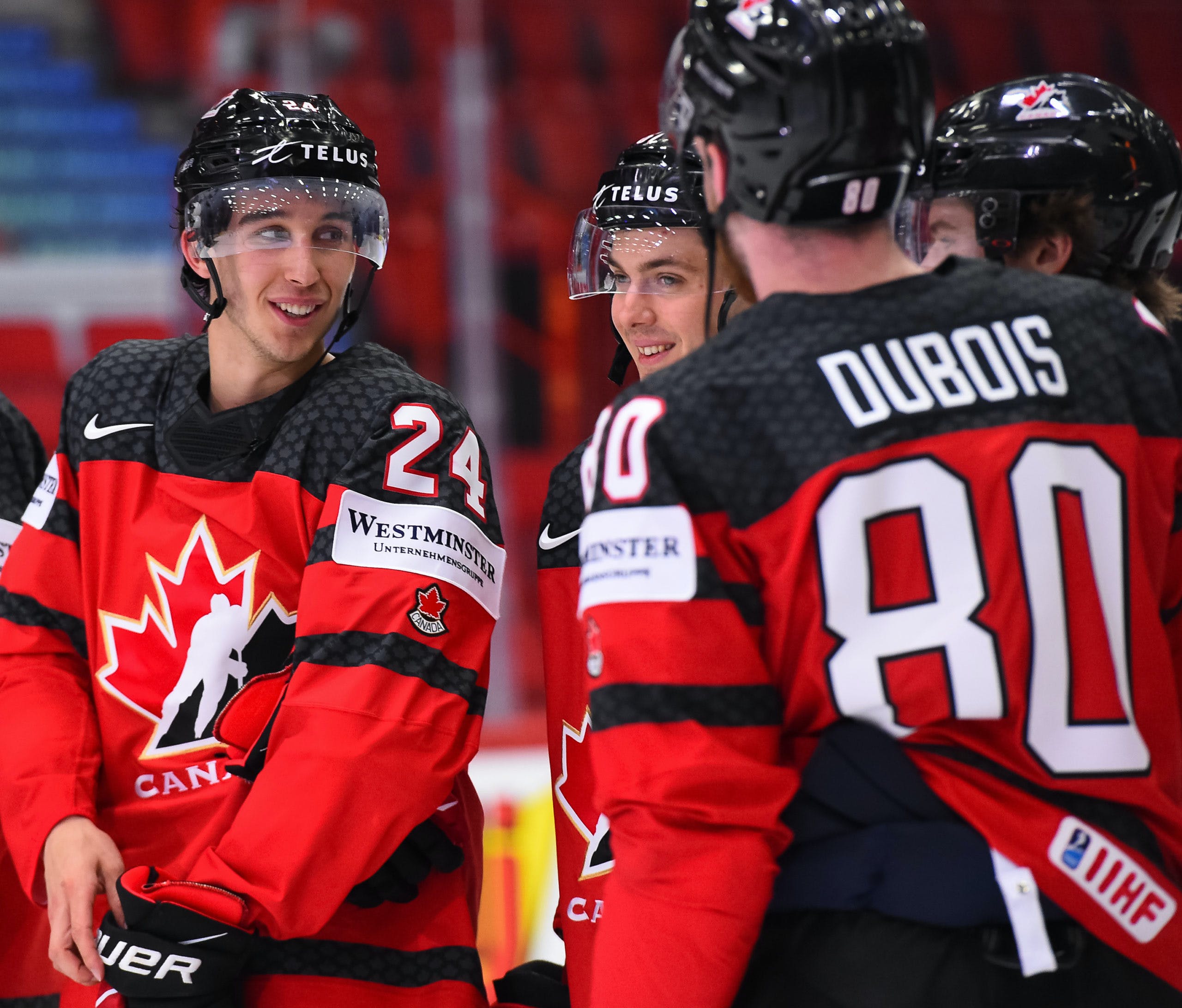 By Thomas Hall
6 months ago
Another day, another impressive showing for a trio of Winnipeg Jets skaters at the 2022 IIHF World Championship.
For @Pierre-Luc Dubois and @Adam Lowry, they each served as difference-makers on Day 7, just as they have throughout most of the tournament. In saying that, this duo and the rest of their Canadian teammates were forced to overcome an unusual hurdle prior to puck drop.
Despite having their game delayed due to an unexpected fire, Canada remained strong and kept its undefeated record alive, defeating Kazakhstan by a 6-3 outcome. Though, this most recent victory proved to be tougher than anticipated as the team trailed two separate times in the first period.
But after Ottawa Senators forward @Drake Batherson tied the game at 2-2, Lowry cracked the score sheet with the man advantage just over three minutes later. With his marker, the 29-year-old, who now owns two goals and four points, handed Team Canada its first lead of the contest, and they didn’t look back from there.
Canada largely controlled the game through the final 40 minutes of play, which saw them score three additional goals. Granted, Kazakhstan did register a goal of its own early in the third period, however, a pair of scores on the power play soon after quickly put this game out of reach.
Both of those markers came from Buffalo Sabres forward @Dylan Cozens, who displayed his new chemistry with Dubois during his second goal. While leading 5-3, Dubois and Cozens exploded into the offensive zone while passing back and forth with each other. Before too long, the puck found its way into the net for Canada’s sixth goal of the day, which also completed Cozens’ hat-trick.
Following this victory, Canada improved to 4-0-0-0 in the tournament, earning them 12 points in the standings. They remain tied with Switzerland for first place in Group A.
Overall, Dubois leads his country in goals (four) and points (six) through four games. He also ranks tied for first and third respectively in those categories among all skaters participating in this year’s event.
As for Schmidt, the 30-year-old defenceman registered two assists – both were secondary helpers – during Team USA’s 3-0 shutout victory over Great Britain. He now features a trio of assists in the tournament.
On another related note, forward @Nikolaj Ehlers and Denmark were held in check by Germany, who came away with a 1-0 victory. The lone goal was scored by Marc Michaelis – an undrafted product who spent the 2021-22 season with the Toronto Marlies of the American Hockey League.
All four Jets skaters will be in action once again on Saturday, with Canada taking on Switzerland at 8:20 a.m. CT. Team USA and Denmark will each play at 4:20 a.m. CT against Sweden and France, respectively.