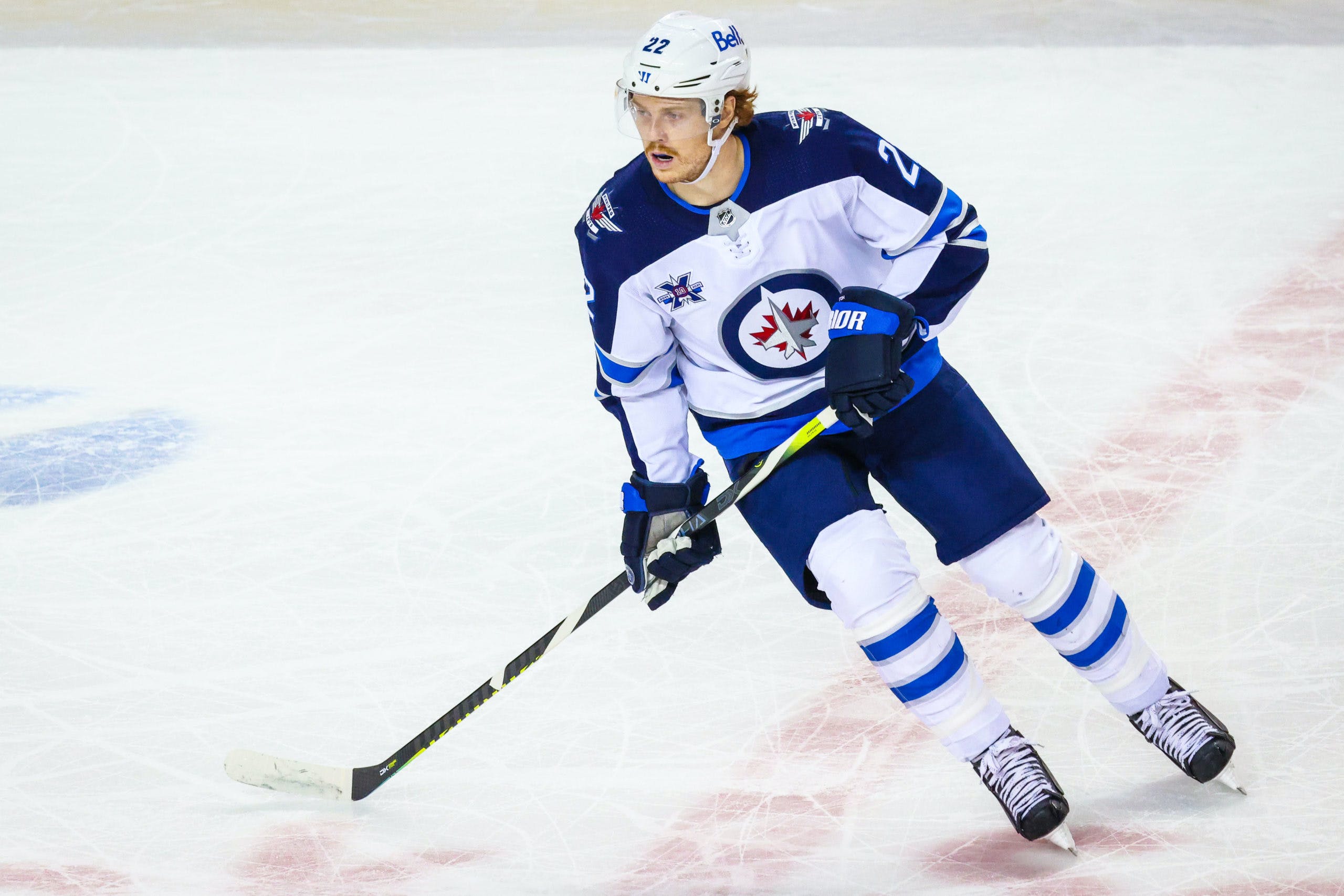 By Thomas Hall
1 year ago
For weeks, there was much speculation about which skater the Seattle Kraken would select from the Winnipeg Jets, and now, that question has finally been answered as forward @Mason Appleton will be joining the 32nd franchise in NHL history.
By losing Appleton, 25, who’s entering the final season of his two-year, $1.8 million contract, the Jets will save $900,000 against the salary cap next season, according to PuckPedia.com. As a result, they’ll have approximately $20.56 million in cap space to spend this off-season.
After serving as a part-time player over his first two NHL seasons, the former sixth-round selection enjoyed a breakout performance during the 56-game schedule in 2020-21, where he posted career highs in games played (56), average ice time (14:25), goals (12), points (25), shots on goal (88), hits (61), blocks (22), takeaways (13) and faceoff percentage (53.8%).
Helping the Jets reach the second round of the 2021 Stanley Cup Playoffs, the right-hander made his presence felt by registering one goal, three points, 14 hits, 13 shots on goal and four takeaways through eight postseason contests.
With Appleton joining the Kraken, that officially means defenseman @Dylan DeMelo won’t be leaving the Jets, which would’ve created a massive hole on the right side of their blue line. Moving ahead to free agency, the front office can now focus on solidifying the club’s back end.
Winnipeg is scheduled to select 17th overall during the first round of the 2021 NHL Draft.
Jets News
Recent articles from Thomas Hall