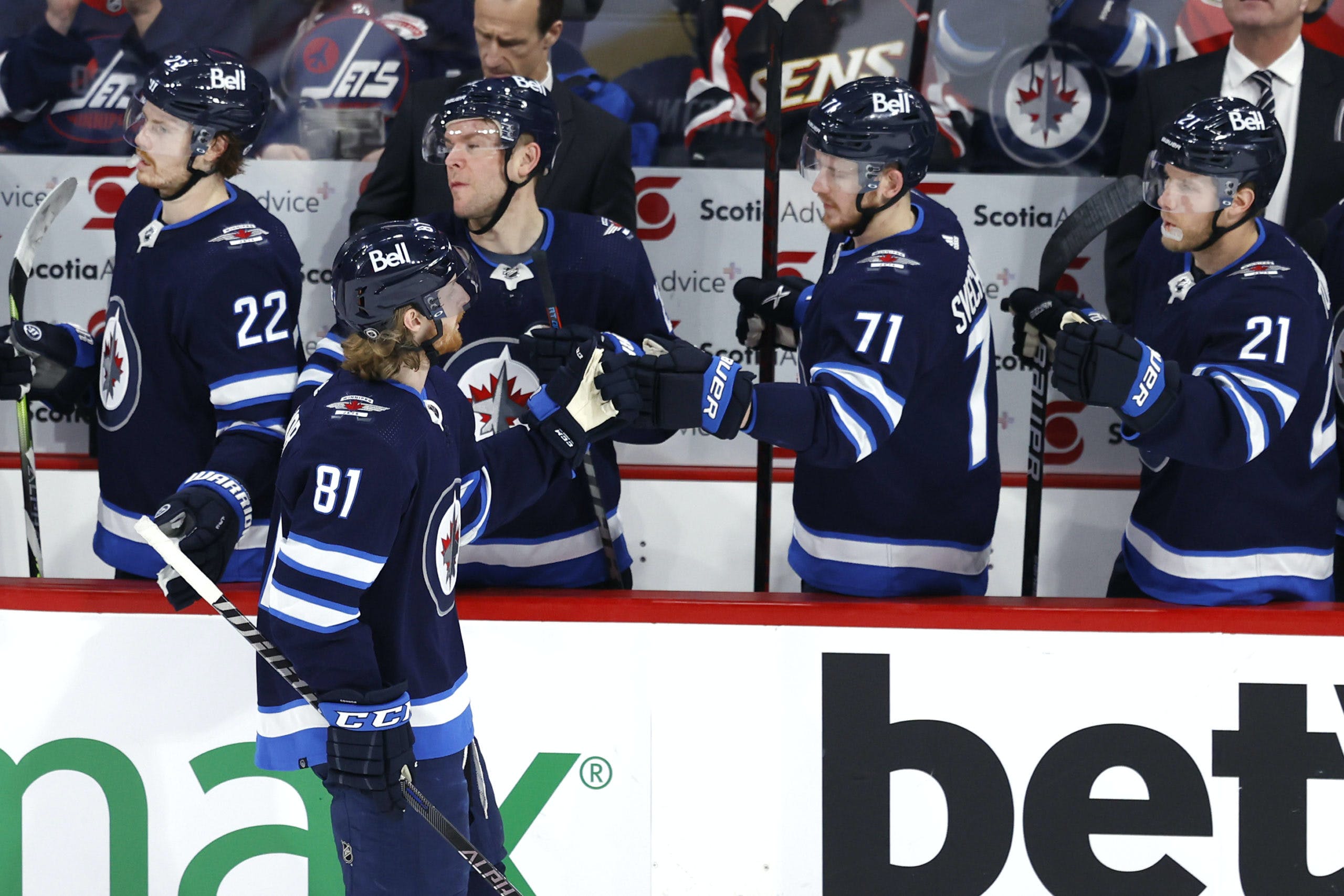 By Thomas Hall
7 months ago
Following a three-day break, the Winnipeg Jets are back in action at Canada Life Centre on Wednesday, where they’ll attempt to return to the win column against the Detroit Red Wings.
With only 12 games remaining, surging into a playoff spot is practically out of reach for this club as they enter the night seven points behind the Dallas Stars, who own the final wild-card seed. Barring an incredible finish, which seems unlikely at this point, they’re set to conclude the regular season outside a post-season position.
Nevertheless, the Jets haven’t been officially eliminated from contention just yet and until that happens, this team will continue to grind for their playoff hopes – no matter how minuscule they might be.
In the meantime, let’s explore three intriguing storylines ahead of puck drop between Winnipeg and Detroit.

After missing the past three games due to COVID-19, forward @Kyle Connor is fully rested and recovered from his stint in the league’s protocols, and will be back in action Wednesday versus the Red Wings.
Returning to his familiar spot, Connor is slated to reunite with centre @Pierre-Luc Dubois and will also be joined by captain @Blake Wheeler, too. As someone hoping to reach the 50-goal mark, if this trio picks up where it left off, the 25-year-old winger could score nine goals in 12 contests to finish the season with that amount.
Still, achieving that milestone won’t come easy as Connor has registered 0.61 goals per game this season, putting him on pace to score seven additional markers in 2021-22 – increasing his total to 48.
In his absence, forward @Zach Sanford filled in as his injury replacement alongside Dubois and Wheeler. Now, the veteran winger will return to Winnipeg’s third line, where he’ll skate next to teammates @Adam Lowry and @Mason Appleton.
As for the rest of the forward group, here are the Jets’ projected line combinations for Wednesday’s tilt:
@Paul Stastny – @Mark Scheifele – @Nikolaj Ehlers
Connor – Dubois – Wheeler
Sanford – Lowry – Appleton
@Morgan Barron – @Dominic Toninato – @Evgeny Svechnikov

Similar to Connor, defenceman @Nate Schmidt will also return from his COVID-related absence as he looks to end his inaugural campaign with the Jets on a positive note.
Prior to testing positive in Buffalo last week, Schmidt spent his most recent game (Mar. 27 versus Arizona) on the same pairing as youngster @Ville Heinola. Together, these two skaters seemed to spark a strong connection, providing Heinola with proper mentorship – something he hasn’t always had.
Since only three and a half weeks remain in Winnipeg’s schedule, it’d probably be worthwhile to leave this pairing untouched to see if their bond can grow even further. Unfortunately, it doesn’t appear that’ll be the case against Detroit on Wednesday night.
Instead, fellow defenceman @Logan Stanley will remain in the line-up, with Heinola returning to his familiar spot, the press box. What went into this coaching decision? That remains a mystery.
Whatever their reasoning is, here are the club’s projected defensive pairings:
@Josh Morrissey – @Dylan DeMelo
@Brenden Dillon – @Neal Pionk
Stanley – Schmidt

All season long, special teams have been a major talking point for the Jets, particularly their penalty kill. With less than a month remaining, they find themselves behind the eight ball once again.
Under former coach Paul Maurice, this team struggled mightily while shorthanded. When interim coach Dave Lowry took over, significant changes were made that helped turn this ship in the right direction, leading to some much-needed positive results.
But lately, that success hasn’t been anywhere near as evident as it was just a few months ago.
Putting that sentiment into perspective, Winnipeg featured the sixth-highest percentage (84.6 per cent) on the penalty kill from Dec. 17 – Feb. 15, according to NHL.com. Turning in the opposite direction, the club has produced the worst penalty kill percentage (63.2 per cent) since Mar. 6, which includes their previous 15 games.
Digging deeper, of the 14 power-play goals they’ve allowed, eight of them have come from high-danger areas. That’s tied for the most in the league during this span. Even worse, they’re also ranked 29th in high-danger chances against (34) and 28th in shots against (75).
Granted, Detroit doesn’t feature a high-scoring power play, however, its skaters are certainly well equipped to take advantage of golden opportunities that are gifted to them. For Winnipeg’s sake, limiting those chances must be a major point of emphasis.