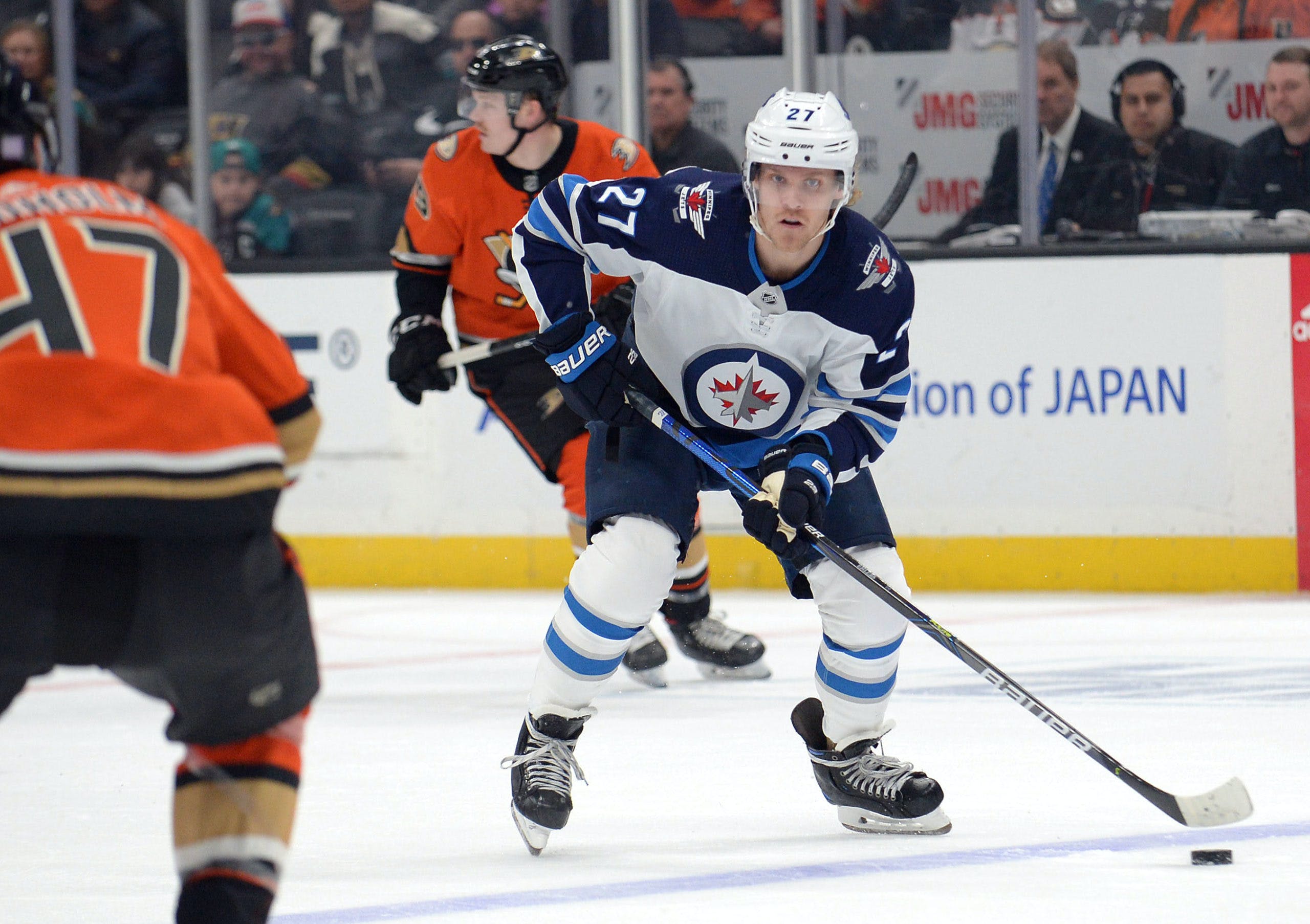 By Thomas Hall
1 year ago
Coming off consecutive victories at home, the Winnipeg Jets and their current two-game winning streak have departed on another west coast trip – their second in October – and are set to open a three-game roady against the Anaheim Ducks on Tuesday.
Ironically, the Jets started the 2021-22 season at the Honda Center less than two weeks ago, unfortunately, things didn’t end smoothly for them in that contest as they lost 4-1. This time around, they’ll be attempting to turn the tables during this, shockingly, final meeting of the campaign as they look to earn their first win against the Ducks on the road since Nov. 29, 2019.
Yes, it’s been that long since this club captured a victory in California while facing this mighty – wink, wink – opponent.
Hoping to accomplish that feat, let’s explore three storylines fans should be aware of heading into this final showdown between Winnipeg and Anaheim.

So far this season, Winnipeg has played five games, and during those contests, they’ve received just a single assist from forward @Nikolaj Ehlers, who remains goalless.
Unlike last season, which saw Ehlers post three goals and six points through the first five games, the 25-year-old has endured an extremely slow start out of the gate, understandably, leading to some concern for those who follow this team. But while some might be ready to push the panic button, there’s probably no need to do so at this current time.
Though this stretch has been extremely unusual for the Danish star, the majority of his scoring woes can be directed to a lack of puck luck, as he’s been executing all the right plays but just hasn’t been receiving any favourable bounces. Most notably, the left-hander’s unluckiness has been on full display at 5-on-5 up to this point, which has seen his expected metrics outperform his traditional results.
Despite failing to register a single point, Ehlers has posted 15 shots on goal, five high-danger scoring chances, two rebounds created and a team-high 1.25 individual expected goals rate during 5-on-5 play, according to NaturalStatTrick.com.
Without question, the former first-round pick’s offensive struggles haven’t been helped by the fact he’s recently been paired with teammates @Paul Stastny and @Andrew Copp, who aren’t considered quick skaters. Having said that, there also haven’t been many other alternatives with @Mark Scheifele and @Blake Wheeler on the COVID-19 list.
But regardless of who Ehlers is skating next to, his luck is bound to change shortly, especially if he continues creating quality scoring chances.

Through two meetings in 2021-22, the Jets have experienced mixed results against goaltender @John Gibson, who’s recorded a 2.67 goals-against average and a .921 save percentage through four starts this season.
In the first matchup, which occurred on opening night, this team struggled to generate scoring chances from high-danger areas all game long, as only four of their 34 shots on goal were of that variety. As a result, Gibson frustrated their skaters through all three periods, stopping 33 of his 34 shots against.
Then when Winnipeg and Anaheim met at Canada Life Centre on Oct. 21, the choice of shot selections altered dramatically, causing the 28-year-old netminder to make much tougher saves. While he didn’t face nearly as many shots compared to the previous showdown, with six of 26 coming from quality areas, the Pennsylvania native could only save 22 of his 26 shots against – leading to his first defeat of the season.
Granted, driving hard to the net and advancing the puck into the slot can prove to be challenging at times, if the Jets can build off their success from less than a week ago, they shouldn’t encounter any issues shooting pucks into the back of the net against the Ducks Tuesday night.

It’s no secret the Jets’ weren’t performing up to their full potential with the man advantage early on, resulting in a measly 22.2% conversion rate on the power play through their first two games. But since then, their special teams units have been trending in a positive direction, particularly over the last two games.
During this span, the power play has converted on three of its five opportunities, producing a 60.0% rate – tied for first in the NHL. Interestingly, only one of those three goals has come from high-danger areas, which was scored by Stastny back on Saturday against the Nashville Predators.
In total, Winnipeg has generated 10 shots on goal with the extra skater over the last two contests, however, they’ve also posted just a pair of high-danger chances. As a result, the majority of their shot selections have occurred from either along the boards or directly at the blue line, leading to all of these low and medium-danger chances.
So unless this team is able to increase its amount of quality scoring chances on the power play, odds are this recent success won’t prove to be sustainable.
Uncategorized
Recent articles from Thomas Hall