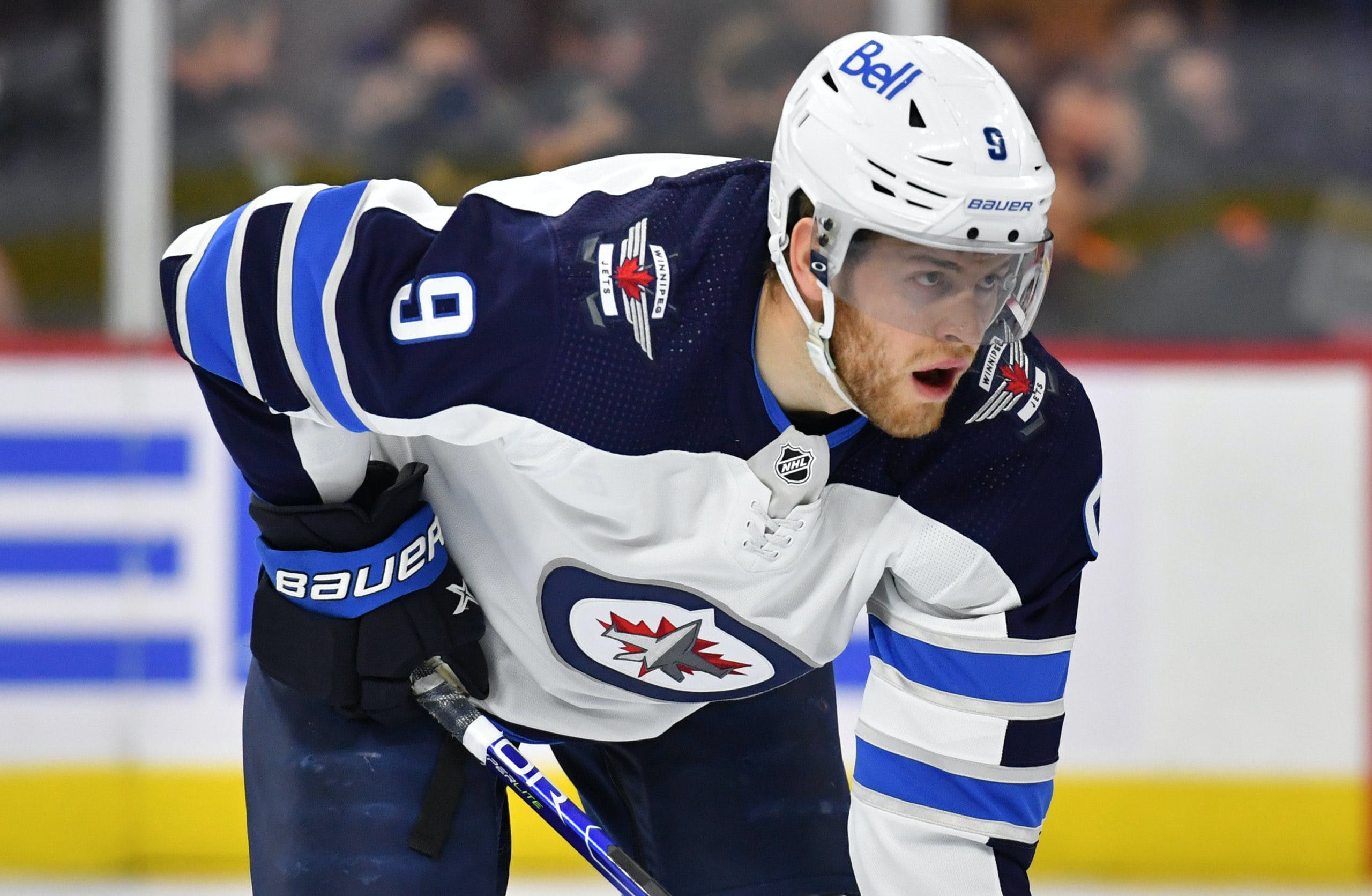 By Thomas Hall
9 months ago
After snapping their four-game losing streak in Arizona on Sunday, the Winnipeg Jets flew back home and are hoping to build off their recent victory over these next four games at Canada Life Centre.
While playing at home is always a nice perk, especially with a full crowd in the building, unfortunately, things aren’t about to become any easier for this franchise as they’re set to host the red-hot Montreal Canadiens Tuesday night.
Despite the “Tank For (Shane) Wright” noise, the Canadiens have played quite well since former player Martin St. Louis took over as interim head coach, performing to a 5-3-0 record during this span. In particular, this organization has rattled off five consecutive wins under St. Louis and will be aiming to extend their winning streak to six games during this matchup.
For the Jets, well, they simply need points. As the playoff picture currently stands, this club trails the Dallas Stars – who own the second wild-card seed – by six points and must embark on a very successful run down the stretch to surge back into contention.
In hopes of stringing a pair of wins together, here are three interesting storylines ahead of this first meeting of the season between Winnipeg and Montreal:

Following a stint in concussion protocol, forward @Andrew Copp, who missed six games due to injury, is set to return to action Tuesday and will look to provide a spark to the Jets’ line-up against the Canadiens.
Coming off a serious injury, interim coach Dave Lowry admitted he still views Copp as a top-six skater, but for now, the 27-year-old will resume skating next to teammates @Adam Lowry and @Austin Poganski on the club’s third line. Having said that, there’s always the potential for him to climb up the depth chart mid-game, potentially reuniting him with @Mark Scheifele and @Blake Wheeler.
In the meantime, however, the 6’1″ forward will be eased back into the flow of things, allowing him to gradually regain his skating legs. Along with his 5-on-5 role, the left-hander will also likely assume his spot on the second power-play unit once again.
As for the rest of the forward group, here are Winnipeg’s projected line combinations:
@Paul Stastny – Scheifele – Wheeler
@Kyle Connor – @Pierre-Luc Dubois – @Evgeny Svechnikov
Copp – Lowry – Poganski
@Jansen Harkins – @Dominic Toninato – @Kristian Vesalainen

Mark Scheifele Preparing for Anything Ahead of Rematch With Montreal

Needless to say, there’s no love loss between the Canadiens and Scheifele, especially considering what transpired during the 2021 Stanley Cup Playoffs. Long removed from his four-game suspension, it remains to be seen if any retribution will be sought out in response to his vicious hit on forward @Jake Evans.
For Scheifele, well, the 28-year-old is ready for anything that comes his way Tuesday night. If that includes dropping his gloves with Evans or anyone else, he’ll be willing to comply.
With the Jets needing to string wins together, obviously, everyone’s main focus must be squarely on executing their game plan and coming away with a much-needed two points against the Canadiens. Right now, an incident that happened almost nine months ago shouldn’t be any of their concern, particularly Scheifele’s.
Still, the 6’3″ centre will be ready to defend himself if the situation presents itself. So, we’ll see what takes place once the puck drops.
Based on Evans’ comments following Montreal’s morning skate, however, he seems to be pleased with how the NHL’s Player Safety Department handled the situation last summer, and isn’t planning to seek out any revenge against Scheifele.
In the end, perhaps nothing will come of this storyline once the game begins, allowing everyone to focus on the actual contest rather than on something that might not come to pass.

After spending seven seasons in Winnipeg, forward @Mathieu Perreault departed through free agency and ultimately signed a one-year deal with Montreal last off-season. Now, while spending his first season with a different organization since 2013-14, the fan-favourite icon will return to the ‘True North’ in an opponent’s jersey.
In what’ll surely be a very emotional night, Perreault will be appearing in just his second game since returning from a significant lower-body injury, which caused him to be placed on injured reserve in December 2021. Luckily, the 34-year-old made it back just in time for his team’s trip to Winnipeg, or else he would’ve been forced to wait until next season.
Granted, his season hasn’t gone according to plan thus far, as he sits with just three goals and four points through 15 games. Still, it’ll be a very special moment to have the 5’10” forward back at Canada Life Centre Tuesday night.
More from Jets Nation:
Uncategorized
Recent articles from Thomas Hall