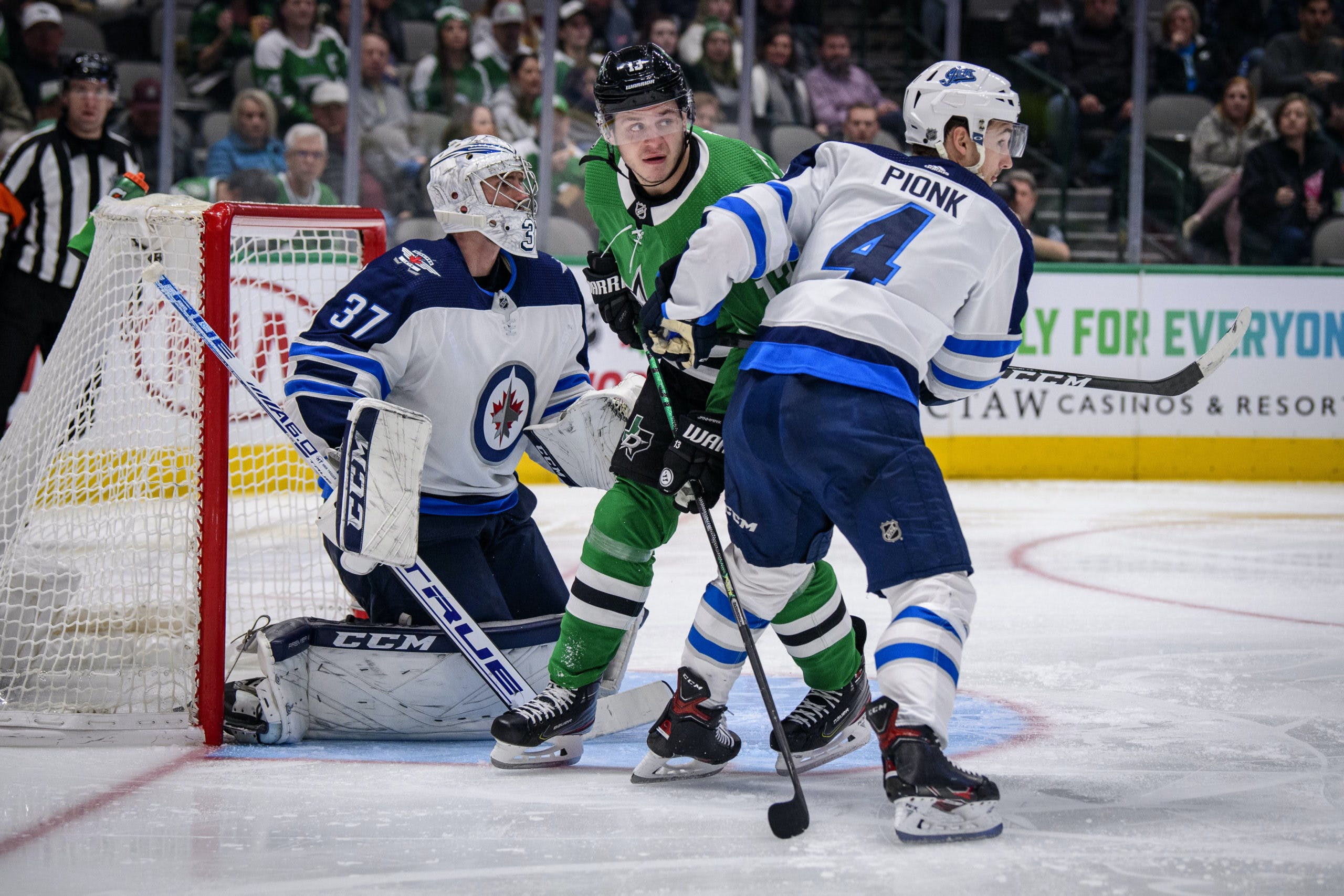 By Thomas Hall
9 months ago
Following a much-needed 2-0 victory over the Minnesota Wild, the Winnipeg Jets received a two-day break in between games, however, that’s the final multi-day breather they’ll receive for the rest of February.
With eight additional games added to this month’s schedule, all of which were previously postponed due to COVID-19 and attendance restrictions, this franchise is slated to play 10 games over the next 17 days. Making this task even more challenging, this hectic stretch begins with a back-to-back series, starting with a showdown against the Dallas Stars.
Last time these two teams met (Nov. 2), things looked drastically different for the Jets as they were positioned second in the Central Division, with the Stars located in sixth place. Now, over three months later, both organizations are seemingly on even playing ground as they’ve largely underperformed thus far.
As things currently stand, Dallas finds itself in fifth place amongst the division standings, just one spot ahead of Winnipeg in that regard. But where they separate is in the wild card standings, with the team from the “Lone Star” state just four points behind the Calgary Flames for the final playoff spot.
For a preview of this matchup, let’s explore three storylines ahead of this contest between the Jets and Stars.

Pierre-Luc Dubois Rejoins Team, Will Be Eased Back into Line-Up

After missing Tuesday’s contest due to COVID-19, forward @Pierre-Luc Dubois will return to Winnipeg’s line-up Friday, although he won’t be positioned in his usual spot, at least, to start.
Between the All-Star break and landing on the COVID list, Dubois hadn’t skated in 10 days prior to Friday’s morning skate at American Airlines Center. In turn, interim coach Dave Lowry doesn’t want to overwork his power forward too much, too soon, especially considering the club’s busy schedule through the rest of February.
In an effort to ease him back into things, the 23-year-old is expected to open this clash against the Stars on the third line next to teammates @Adam Lowry and @Kristian Reichel. That being said, if the 6’3″ forward performs well out of the gate, perhaps he’ll be returned to the club’s second line later in the game.
At the very least, Dubois should help provide an offensive boost to Winnipeg’s third line, which has largely struggled to generate much offensive success this season. With just one assist over his last eight games, maybe this line-up change will help Lowry enjoy a quality 200-foot showing in Dallas.
As for the rest of the group, here are the expected forward lines ahead of puck drop:
@Paul Stastny – @Mark Scheifele – @Blake Wheeler
@Kyle Connor – @Andrew Copp – @Cole Perfetti
Dubois – Lowry – Reichel
@Jansen Harkins – @Dominic Toninato – @Evgeny Svechnikov

Similar to Dubois, defenceman @Neal Pionk also missed Tuesday’s game due to COVID-19, but thankfully, the 26-year-old is returning to action and will be in the line-up against the Stars.
While Pionk – along with forward @Austin Poganski – exited COVID protocol Thursday, he too didn’t skate for an extended time in between games. Taking similar precautions with the right-handed blueliner, his ice-time will be monitored throughout this contest as he opens the night on the third defensive pairing.
Despite being positioned on the bottom pairing, the 6’0″ defenceman has been reunited with a talented young defender, @Ville Heinola. Together, this duo enjoyed a considerable amount of success before the All-Star break and they’ll hope to re-create that bond Friday night.
Along with his role at 5-on-5, Pionk may also return to the power play and penalty kill, but considering the coaching staff is hoping to ease him back in, they might hold off on adding him back to the special teams units.
Based on Winnipeg’s morning skate, here are the projected defensive pairings:
@Josh Morrissey – @Dylan DeMelo
@Brenden Dillon – @Nate Schmidt
Pionk – Heinola

In previous seasons, forwards @Jamie Benn and @Tyler Seguin would garner most of the attention from opposing teams, and rightly so. But recently, it’s been the trio of @Joe Pavelski, @Roope Hintz and @Jason Robertson that’s been leading the way.
Since Jan. 12, Pavelski (18) and Hintz (16) rank second and 10th respectively in scoring amongst the league leaders, with Robertson (13) placing 31st in that department. Not to mention, this trio has also registered three game-winning goals during this span, making them an extremely dangerous threat.
Most recently, Robertson acted as Dallas’ main source of offence in its 4-3 victory over the Nashville Predators on Wednesday, which saw him lead the team in goals (two), shots on goal (five), high-danger chances (four) and individual expected goals (0.87) during all strengths, according to NaturalStatTrick.com.
If Winnipeg is to have any hope of extending its winning streak to two games, it’ll need to slow down this electric trio at both 5-on-5 and on the power play, as well.
More from Jets Nation:
Uncategorized
Recent articles from Thomas Hall