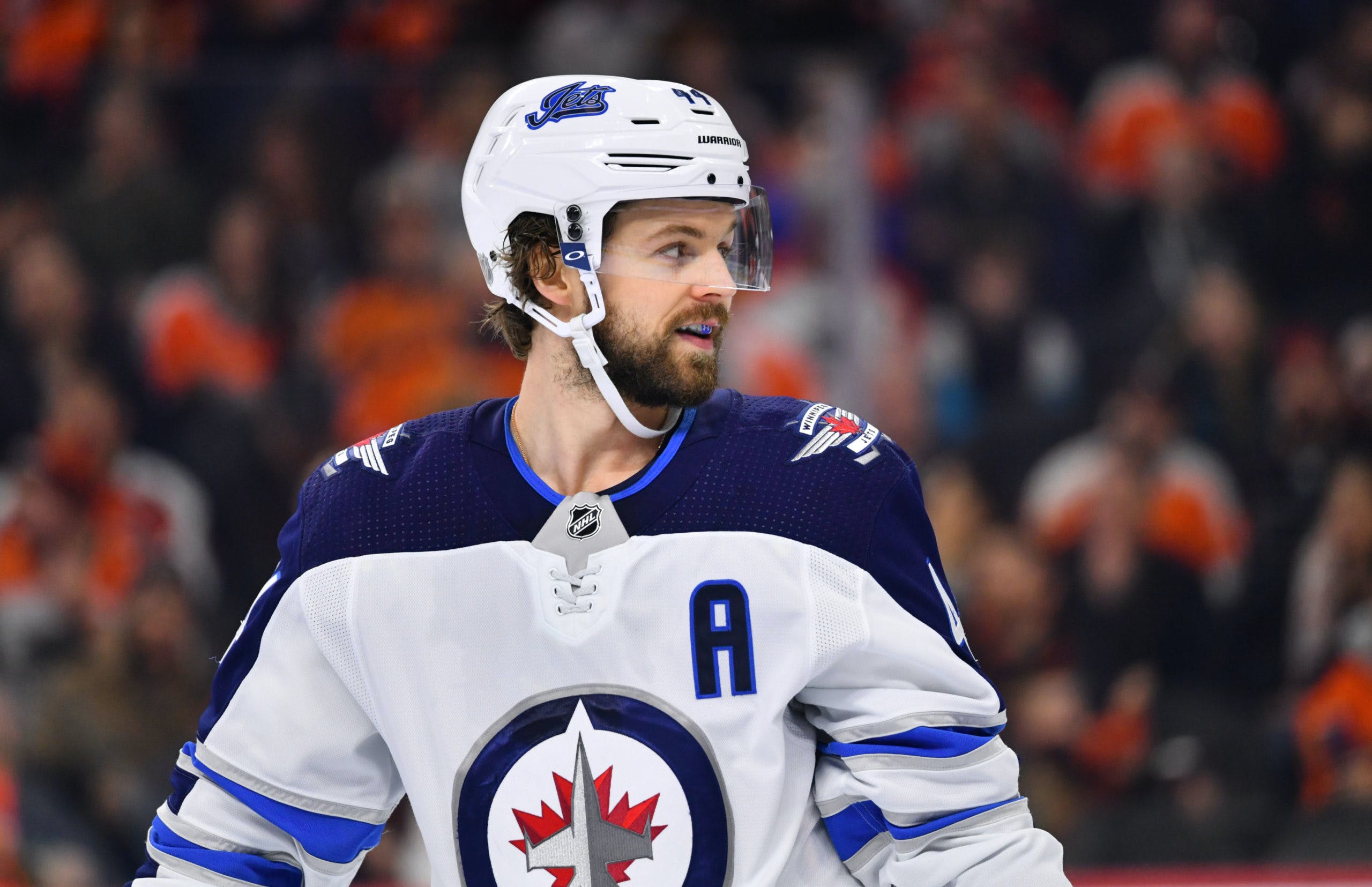 By Thomas Hall
9 months ago
Following six straight losses, the Winnipeg Jets finally carved out a much-needed 4-1 victory over the St. Louis Blues last Saturday. Now, they’ll attempt to head into the All-Star break on a two-game winning streak.
But first, this team will need to surge past struggling the Philadelphia Flyers, who currently own a miserable 14-22-8 record and sit second-last in the Metropolitan Division. Expanding on their disappointing season, they only earned a single victory through 13 games in January, which also came on Jan. 29 as they defeated the Los Angeles Kings 4-3.
As for the Jets, well, their most recent victory allowed them to keep pace with the rest of the group that’s competing for a wild-card seed, however, they’ll still need to jump ahead of five other franchises to edge themselves back into a playoff spot. While half a season still remains, that’s certainly a tall task to climb.
If this club plans to have any hope of accomplishing that feat, it’ll be crucial to finish the first half of the schedule on a positive note, especially against an opponent that’s positioned near the bottom of the league standings.
For a preview of this upcoming matchup, let’s explore three interesting storylines that could potentially impact this meeting between the Jets and Flyers.

After missing three games due to COVID-19, defenceman @Josh Morrissey exited the league’s protocol Monday and is slated to make his return to game action Tuesday in Philadelphia.
In what’ll be his first contest since Jan. 23, where he logged 27:25 minutes of ice-time against the Pittsburgh Penguins, the plan might be to ease Morrissey back into the flow of things before reinserting him back into the top-four mix. With that in mind, there’s a strong chance the 26-year-old could open this matchup on the third defensive pairing, potentially receiving less than 20 minutes of ice-time.
Adding to this development, despite practicing in a full-contact jersey Monday, defenceman @Dylan DeMelo won’t be making his return to the line-up against the Flyers. As a result, the veteran blueliner will be held out through the All-Star break, providing him with additional recovery time ahead of a busy slate of games through the rest of this month.
Based on Monday’s practice, here are Winnipeg’s expected defensive pairings for Tuesday’s contest:
@Brenden Dillon – @Nate Schmidt
@Ville Heinola – @Neal Pionk
Morrissey – @Johnathan Kovacevic

After making 13 straight starts, goaltender @Connor Hellebuyck earned a well-deserved day off last Saturday, which saw the Jets snap their six-game losing streak with backup @Eric Comrie at the helm.
How ironic, right?
Now, coming off a four-day break between starts, Hellebuyck is set to make his 35th of the season and the seventh of his career against the Flyers. In those six previous showdowns, the 28-year-old owns a 3-3-0 record, a 2.67 goals-against average and a .914 save percentage.
While the 6’4″ netminder strives to play in as many games as possible, it seems he may have potentially been experiencing some fatigue towards the end of January, as he had allowed five goals in each of his previous two starts before his day off. Not to mention, he also faced at least 30 shots against in four consecutive games prior to his recent breather.
Since Hellebuyck will be receiving a six-day break over All-Star weekend, it’ll be very interesting to observe how he performs during this final game of the unofficial first half of the regular season.

Finishing the First Half Strong

Amid an underachieving 2021-22 season, Winnipeg currently finds itself outside of the playoff picture in the Western Conference with a mediocre 18-16-7 record and 43 points. Granted, there’s still time to turn this ship around, but they’ll need to do so quickly.
Currently, this franchise sits sixth in the Central Division and behind five other organizations for the final wild-card seed. At this point, it’s not impossible to leap ahead of those teams and surge back into a post-season spot, however, earning two points in the standings before the All-Star break could certainly serve as a much-needed boost.
Luckily for the Jets, they’ll be tasked with facing an injury-riddled Flyers’ squad that’ll be missing eight skaters – including @Samuel Morin (IR), @Ryan Ellis (IR), @Nate Thompson (IR), @Sean Couturier (IR), @Joel Farabee (IR), @Kevin Hayes (IR), @Patrick Brown (lower body) and @Wade Allison (lower body) – and potentially nine if @Morgan Frost (non-COVID illness) doesn’t play.
Adding to their misery, this opponent has also surrendered the ninth-most goals (3.34) per game and has trailed first the sixth-most times (24) among all 32 teams in the league this season, according to NHL.com.
Taking all these factors into account, this could be the ideal opportunity for Winnipeg to jump out flying in the opening 20 minutes, allowing them to potentially control this contest from start to finish.
More from Jets Nation:
Uncategorized
Recent articles from Thomas Hall