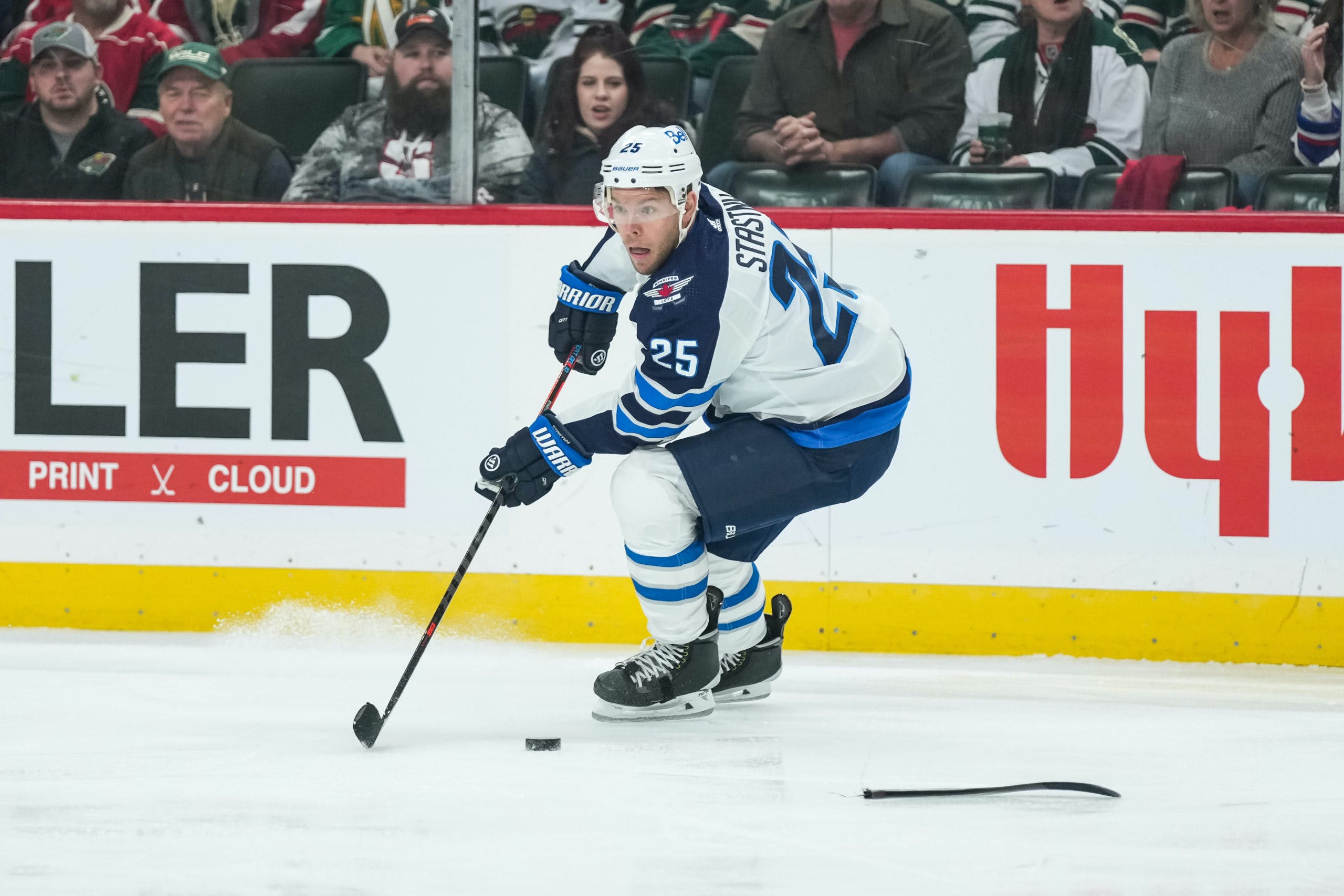 By Thomas Hall
10 months ago
After falling 4-3 in overtime to the Washington Capitals last time out, the Winnipeg Jets are continuing on their four-game road trip, with their next destination scheduled for a Thursday night affair against the Nashville Predators.
Usually, travelling to Smashville is very a popular point in the schedule for most organizations, but for the Jets, the COVID-19 pandemic has prevented them from making this highly-anticipated trip since Nov. 19, 2019 – over two years ago. In that contest, they came away with a 2-1 victory thanks to a game-winning goal from @Nikolaj Ehlers.
Sadly, the Danish star won’t be available this time around after he suffered a significant knee injury on Tuesday in Washington. While this remains a major blow to Winnipeg’s line-up, they still possess plenty of firepower to make up for the loss of No. 27, or at least, that’s the hope.
For Nashville, they enter this matchup sitting third in the Central Division, however, they’re losers of four straight and have allowed three goals or more each game during this tough slide. But as poor as this team has performed lately, with all-star defenceman @Roman Josi in the line-up – who currently leads them in scoring (40) – they remain a very dangerous threat.
Expanding on this upcoming clash, here are three storylines ahead of the second meeting of 2021-22 between the Jets and Predators:

Following a three-game absence due to COVID-19, veteran @Paul Stastny is officially ready to make his return to line-up Thursday, and the 36-year-old will slide in on the club’s top line in place of the injured Ehlers.
Before landing on the league’s COVID list, Stastny was rolling pretty well, scoring three goals and four points over his previous three games. In saying that, he’s been without any game action for over two weeks and only practiced a couple of times leading up to this matchup, meaning there’s a good chance he’ll spend most of the first period regaining his game speed.
Along with Stastny, the Jets will also have @Evgeny Svechnikov, who missed Tuesday’s contest due to an upper-body injury, available to them once again. The 25-year-old is expected to replace @Kristian Reichel on the club’s fourth line.
Here are Winnipeg’s forward lines from Thursday’s morning skate:
@Andrew Copp – @Mark Scheifele – Stastny
@Kyle Connor – @Pierre-Luc Dubois – @Cole Perfetti
@Jansen Harkins – @Adam Lowry – @Austin Poganski
@Kristian Vesalainen – @Dominic Toninato – Svechnikov

Another Chance For Cole Perfetti to Cement His Status in NHL

Coming off scoring his first NHL goal, Perfetti has rightfully earned himself another look with the Jets and at this rate, the 20-year-old might receive plenty more chances the rest of the way.
Now five games in, Perfetti will burn the first year of his entry-level contract if he plays five more games – four after Thursday – in 2021-22. Obviously, there’d be financial advantages to sending the young skater back to the Manitoba Moose before that happens, although taking that route is becoming significantly more challenging each day.
While skating alongside Connor and Dubois, the 5’10” forward has been placed in a very strong position to succeed during the early stages of his professional career. And so far, the Ontario native has been delivering on his high expectations, even if they aren’t always showing up on the score sheet.
Proving to be one of Winnipeg’s top offensive generators over the previous three games, Perfetti currently leads the team in high-danger chances (five), is second in individual expected goals (0.7) and is tied for second in shots on goal (seven) at 5-on-5, according to NaturalStatTrick.com.
Since Ehlers is expected to be sidelined for at least a few games, if not more, there’s no question it’d be beneficial to keep left-handed youngster up with the big club moving forward. But once @Blake Wheeler returns, there could be a log jam involving the top six forwards.
So against Nashville, it’ll be interesting to see how Perfetti responds while facing one of the better defensive corps in the league.

At the start of the regular season, killing penalties was one of the Jets’ biggest weaknesses and it largely hindered them from performing up to their high expectations early on. But ever since interim coach Dave Lowry took over, those same issues no longer remain.
Since Dec. 17 (Lowry’s first game as interim HC), this club has generated the eighth-best percentage (84.2 per cent) on the penalty kill among all 32 teams in the league, according to NHL.com. If not for the three power-play goals allowed against the Colorado Avalanche on Jan. 6, this franchise would be perfect while shorthanded since former coach Paul Maurice resigned.
Among the changes that Lowry has made, one of them has included switching up the penalty-killing units, which has seen Connor and Copp paired together recently. As a result, (Adam) Lowry has also gained a new linemate on the PK, Toninato.
Despite these adjustments upfront, the majority of Winnipeg’s success has largely been possible because of two of its top defencemen, @Josh Morrissey and @Neal Pionk. Over the last seven games, these two blueliners rank first and second on the team in Expected Goals For percentage, with Pionk leading the way courtesy of his 51 per cent clip.
Considering Nashville owns the fourth-best power-play percentage (26 per cent) this season, this contest should serve as another solid test for the road team’s improving penalty kill.
Uncategorized
Recent articles from Thomas Hall