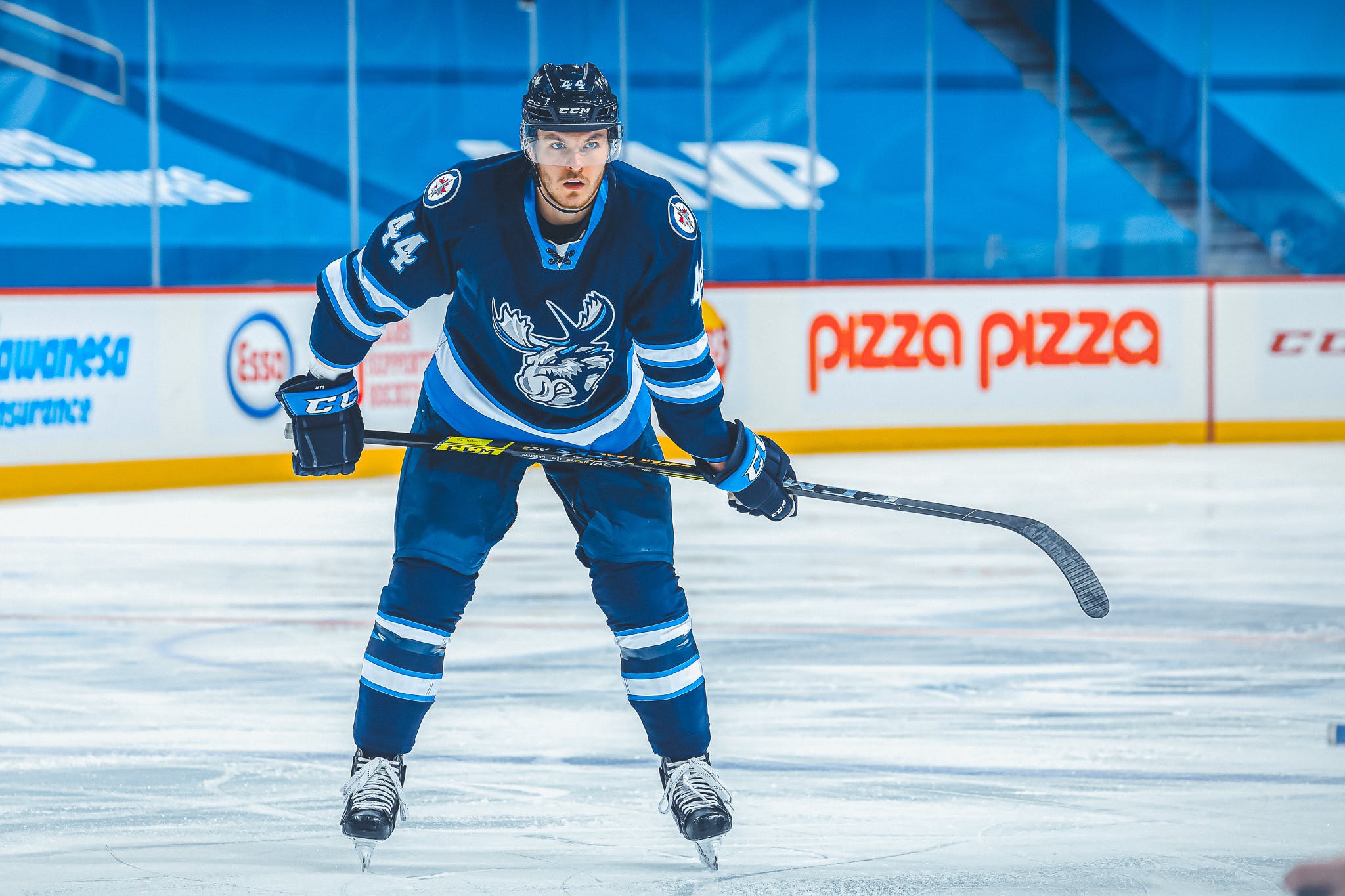 By Thomas Hall
10 months ago
Following a week off from game action, the Winnipeg Jets will finally return to the ice Thursday as they head to the Motor City to take on the Detroit Red Wings at Little Caesars Arena.
Last time these two franchises met, well, the world looked dramatically different back then. Before the COVID-19 pandemic took over everyone’s lives, the Jets and Red Wings faced off against one another on Dec. 12, 2019, which saw the bad guys come away with a 5-2 victory.
Now over two years later, they’re set to clash once again, although this isn’t the same rebuilding Detroit squad that everyone remembers from the last few seasons. While they may not be a legitimate playoff contender just yet, that hasn’t prevented them from injecting some much-needed youth into their line-up, as rookies @Lucas Raymond and @Moritz Seider have been two of their leading stars thus far.
Proving to be as advertised through the first half of the 2021-22 season, Raymond (30) and Seider (24) currently rank first and third respectively in rookie scoring, according to NHL.com. Paired with captain @Dylan Larkin – who’s considered a game-time decision for this contest – and @Tyler Bertuzzi, this team certainly can’t be taken lightly in spite of their current three-game losing streak.
For a preview of this matchup, here are three intriguing storylines that could potentially impact this showdown between the Jets and Red Wings:

Sadly, Winnipeg’s COVID-19 outbreak hasn’t come to an end just yet as veteran @Paul Stastny entered the National Hockey League’s protocol Thursday morning – ruling him out for this upcoming tilt in Detroit.
As a result, Stastny will be forced to isolate for a minimum of five days before being eligible to return to the team. While he won’t be available against the Red Wings, however, there’s a slight chance the 36-year-old could potentially play against the Washington Capitals on Jan. 18.
Until then, the Jets are going to need some of their youth to step up in his absence, particularly rookie @Cole Perfetti. Set to appear in his fourth career NHL game, the 20-year-old is slated to play a second straight game – after logging 10:31 minutes of ice-time against the Colorado Avalanche – but this time, he’ll start the night among the top-six forwards.
Based on Winnipeg’s line combinations during practice this week, Perfetti is expected to open this contest in Detroit alongside teammates @Kyle Connor and @Pierre-Luc Dubois. In turn, this could potentially open the door for the top young prospect to register his first career NHL point.
As for the bottom six, forward @Jansen Harkins has exited the league’s COVID protocol and will return to the line-up Thursday, however, it’s unclear as to where he’ll be positioned. In addition, @Austin Poganski, who’s previously spent six career NHL games with the St. Louis Blues, will appear in his first game with the Jets and serve as their 12th forward.
But considering all the changes that have been made in advance of Thursday’s game, these line combinations will likely remain extremely fluid throughout all three periods of this affair.

Along with Harkins, defenceman @Dylan DeMelo has also been cleared from the NHL’s COVID-19 protocol and will draw back into the Jets’ line-up for their clash against the Red Wings.
Since DeMelo will be making his return, the 28-year-old is slated to be paired next to @Josh Morrissey on the team’s top defensive pairing once again. On the other hand, unfortunately, @Logan Stanley and @Nathan Beaulieu remain isolated and have also been joined by @Brenden Dillon – and @Eric Comrie – on the COVID list.
Considering Winnipeg will be without two of its regulars on the backend, management has recalled rookies @Dylan Samberg and @Declan Chisholm, clearing the path for each of them to make their respective NHL debuts.
Here are the Jets’ projected defensive pairings ahead of this matchup in the Motor City:
Morrissey – DeMelo
Samberg – @Neal Pionk
Chisholm – @Nate Schmidt
Depending on how each of these two young blueliners perform, paired with Winnipeg’s current COVID-19 outbreak, perhaps Samberg and Chisholm could earn an extended stay at the highest level of competition.

After enjoying a two-week break in between games from Dec. 20 – Jan. 1, goaltender @Connor Hellebuyck made three straight starts coming out of that hiatus and won two of those contests. Since then, the 28-year-old has once again gone an extended stretch without any games to be played.
But all of that will change Thursday as he’s set to make his fourth start this month.
Historically, Hellebuyck hasn’t fared overly well against the Red Wings, which has seen him post a 3.29 goals-against average and a .898 save percentage through seven career matchups. Most recently, the 6’4″ netminder allowed five goals on 35 shots against over two games – one of them was made in relief – against this opponent from the 2019-20 campaign.
Despite being limited to team practices over the holiday break, the former Vezina Trophy winner didn’t appear to have missed a beat during his first two starts back in action, where he stopped 68 of his 73 shots against while on his way to earning a pair of victories.
With that in mind, here’s to hoping Hellebuyck can replicate that performance and avoid a rusty return during this Thursday night showdown in Detroit.
Uncategorized
Recent articles from Thomas Hall