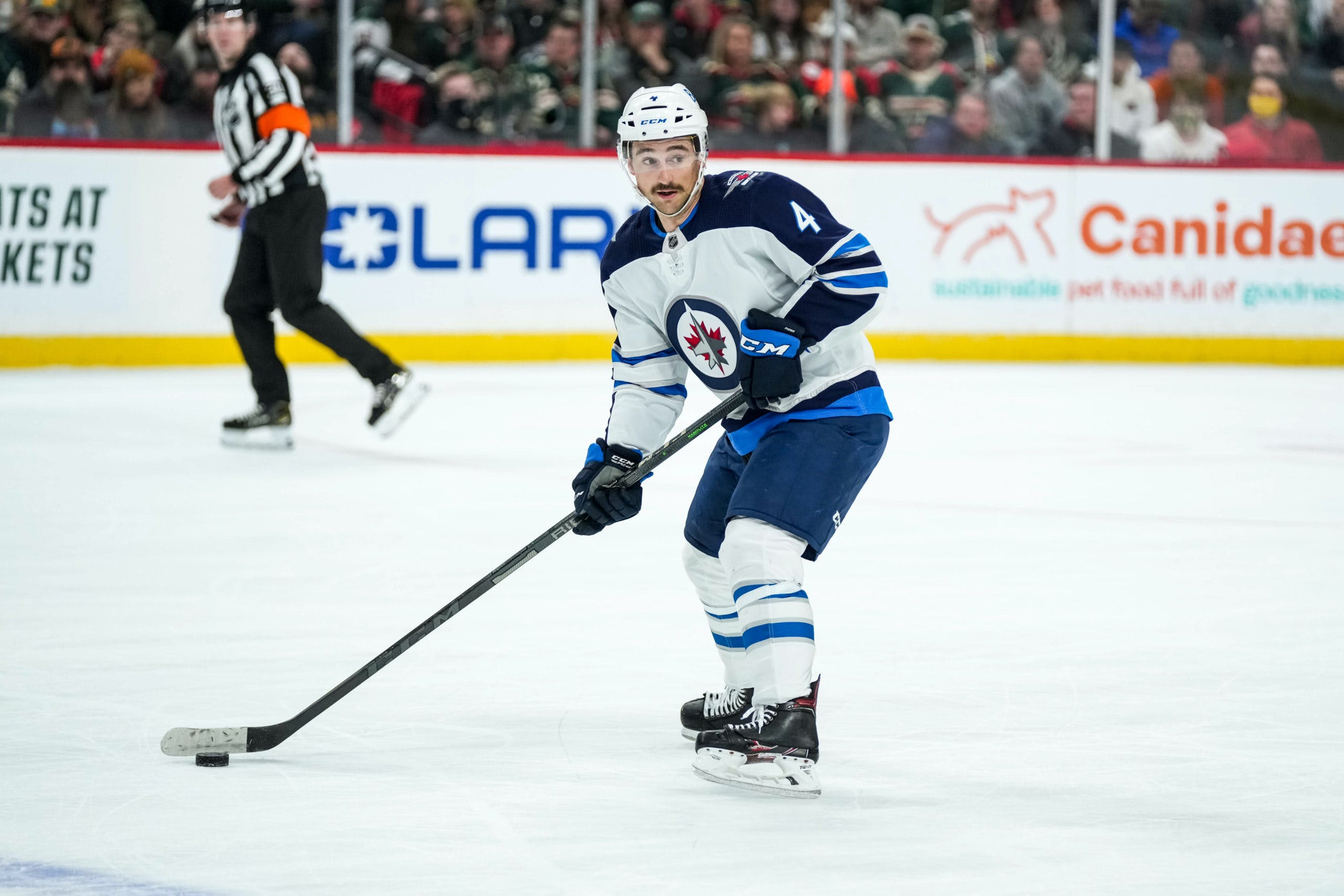 By Thomas Hall
11 months ago
Following a three-game absence, defenceman @Neal Pionk is expected to make his highly-anticipated return to the line-up when the Winnipeg Jets host the Buffalo Sabres on Tuesday at Canada Life Centre.
While this team will be without its captain, @Blake Wheeler, who’s recovering from a lower-body injury, their blue line is slated to receive a huge boost with Pionk making his way back from a concussion and a two-game suspension. As a result, he should help shore up this top-four group just as Buffalo is set to make its first visit to the “True North” since Mar. 3, 2020.
As most people would expect, the Sabres have continued down their dark path this season, and currently own the fifth-fewest points (20) in the standings thanks to their miserable 8-15-4 record. Adding insult to injury, they remain without a single victory in December as their last win came on Nov. 26 against the Montreal Canadiens.
But just as Wheeler so eloquently reminded all of us back during training camp – which feels like forever ago now – hockey is played on ice, not paper. So no one should be taking anything for granted at this point.
With that in mind, here are three intriguing storylines ahead of this matchup between the Jets and Sabres:

After suffering a concussion back on Dec. 5 against the Toronto Maple Leafs, Pionk is slated to return from his three-game absence – two of which were spent serving his two-game suspension – during this contest against Buffalo.
While recovering from said concussion, Winnipeg was forced to reshuffle its second defensive pairing, allowing @Logan Stanley to receive an opportunity within the top-four mix. But now, Stanley is set to return to the third pairing alongside @Dylan DeMelo, clearing the path for Pionk to be reunited with @Brenden Dillon.
In addition, the 26-year-old is also expected to resume his role on the Jets’ top power-play unit, operating at the point with a group that includes @Andrew Copp, @Kyle Connor, @Pierre-Luc Dubois and @Mark Scheifele.
Now just over one week removed from his scary collision with Maple Leafs forward @Jason Spezza, let’s hope Pionk can provide an instant impact against the Sabres.

Not only were the Jets defeated by the Vancouver Canucks last Friday, but they also lost Wheeler to a significant lower-body injury – one that’s expected to keep him out for an extended time.
Luckily, coach Paul Maurice confirmed on Tuesday that the 35-year-old won’t require surgery and can solely focus on his recovery process from here on out. That’s certainly a sigh of relief for this organization, especially considering the 6’5″ forward had to be helped to the dressing room at Rogers Arena.
As Wheeler waits for the swelling in his knee to subside, the training staff won’t be able to provide a timeline for the captain’s return until that happens. With that in mind, there’s a pretty strong chance the right-hander won’t be making his return before the calendar shifts to 2022, although that could change given his history of gutting through injuries.
In the meantime, the onus will be on the rest of Winnipeg’s skaters to step up in Wheeler’s absence, particularly the top-six forwards.

Without Wheeler in the line-up, and former Jet @Riley Nash playing with the Tampa Bay Lightning, there aren’t any other forwards on the active roster for this team to call upon during Tuesday’s game against the Sabres.
Since the Manitoba Moose are currently dealing with a COVID-19 situation, unfortunately, recalling a forward from the American Hockey League is also out of the question. In turn, the Jets will be forced to operate with just 11 forwards and seven defensemen in this matchup, which is obviously less than ideal, even with a rebuilding franchise visiting town.
As for how things will look, here are Winnipeg’s expected line combinations for the evening:
Connor – Scheifele – Copp
@Paul Stastny – @Pierre-Luc Dubois – @Nikolaj Ehlers
@Jansen Harkins – @Adam Lowry – @Kristian Vesalainen
@Dominic Toninato – @Evgeny Svechnikov – *@Nathan Beaulieu
*Beaulieu will likely take some shifts at both defence and forward throughout this contest.

LOOKING FOR TICKETS? CHECK OUT FANSFIRST!