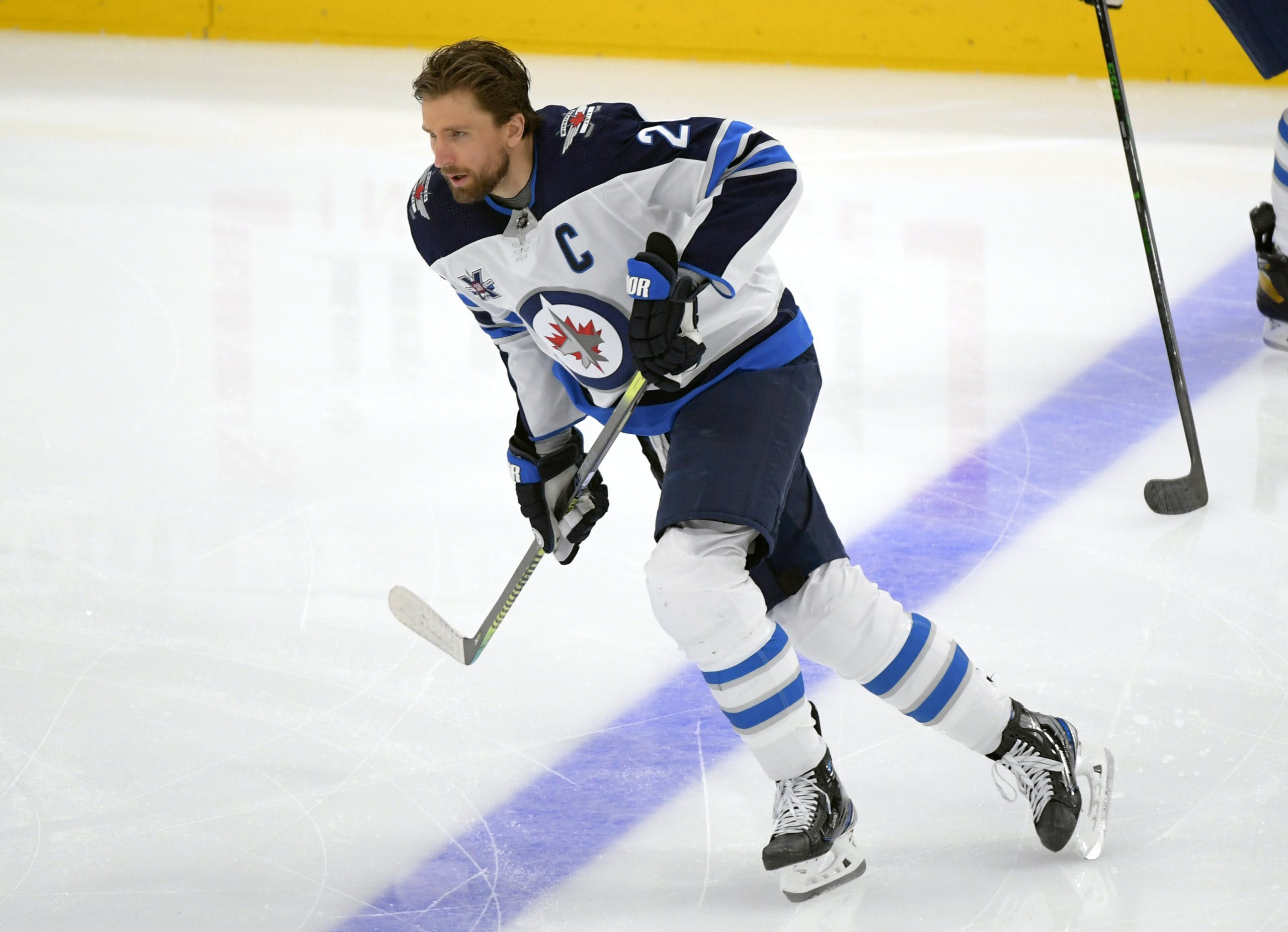 By Thomas Hall
11 months ago
What a day to be a Winnipeg sports fan, right? Not only are the Blue Bombers playing for a chance to advance to the 108th Grey Cup, but the Jets will also be in action on Sunday, hosting the Toronto Maple Leafs in a primetime affair.
Safe to say, Dec. 5 should be a day to remember for almost everyone in the Manitoba area, especially if the home teams at both IG Field and Canada Life Centre come away victorious in their respective contests. Oh, what a glorious occasion that’d be for this province.
For the Jets, they’re coming off a much-needed 8-4 victory over the New Jersey Devils, which saw their offence break out in a massive way as they recorded a season-high in goals scored. While plenty of work remains, especially on the power play, returning to the win column for the first time since Nov. 27 was certainly a step in the right direction.
Looking to capture consecutive wins, something this team hasn’t accomplished in nearly a month, they’ll first need to surge past the red-hot Toronto Maple Leafs, who are currently playing some of the best hockey of their season. Coming into this matchup, they’ve won five of their last six games and own a 17-6-2 record, positioning them second in the Atlantic Division.
For a preview of this showdown, here are three storylines ahead of the first meeting of the season between Toronto and Winnipeg:

Up to this point, the 2021-22 campaign hasn’t been very kind to captain @Blake Wheeler, who’s missed time due to COVID-19 and also remains goalless through 18 games. Nevertheless, none of those factors can take away from the remarkable milestone he’s set to enjoy Sunday as he participates in his 1,000th career game in the National Hockey League.
That’s right, in what’ll be Wheeler’s 779th career contest with the Atlanta Thrashers/Jets franchise, will also serve as a night to remember for the 35-year-old, who’ll become just the third skater from the 2004 NHL Draft to appear in 1,000 games, according to NHL.com.
Over his 999 career NHL games, the 6’5″ forward has enjoyed a ton of success during his 14 seasons in the league, registering 279 goals and 817 points. With the Jets, in particular, the right-hander is currently the franchise leader in assists (478) and points (707), and trails @Ilya Kovalchuk by 99 goals for first in that department.
Set to embark on this joyous celebration, there won’t be a better time for Wheeler to score his first goal of the season than during this historic night against the Maple Leafs.

After Winnipeg acquired forward @Pierre-Luc Dubois last season, coach Paul Maurice and the rest of his staff were hopeful the 23-year-old could create a strong bond with teammate @Nikolaj Ehlers, unfortunately, that plan didn’t pan out.
But this time around, with Dubois overcoming his woes from the 2020-21 campaign, Maurice decided to test this theory once again and through just one game together, this talented duo has already started to impress. Prior to Friday’s matchup against the Devils, Ehlers had been in an offensive slump, failing to register a point in five straight games.
In an attempt to spark the Danish star, the 25-year-old was promoted to the club’s second line, positioning him alongside the former Columbus Blue Jacket. Unlike in 2020-21, these two explosive skaters were able to enjoy instant success, scoring a pair of goals through the first 40 minutes of play.
While this duo only combined for one high-danger scoring chance at 5-on-5, according to NaturalStatTrick.com, they were still seen utilizing the middle of the ice throughout the majority of the game, especially on their second marker of the night when they cashed in on a 2-on-1 rush. It may be a very small sample size, however, there’s no question some chemistry is already beginning to form between them.
With that in mind, given that Toronto’s high-powered offence is coming to town, it’ll be crucial for Ehlers and Dubois to recreate the magic they displayed the other night, helping Winnipeg sustain at least some of its offensive production during this showdown.

Another Huge Test For Connor Hellebuyck

Coming off his 33-save performance against New Jersey, goaltender @Connor Hellebuyck is expected to make his 19th start of the season Sunday, where he’ll be tasked with slowing down Toronto’s high-flying offence.
Last season, Hellebuyck faced a ton of pressure whenever he faced off against the Maple Leafs, averaging 32.1 shots against through nine contests. Though he did struggle at times, for the most part, the 28-year-old performed fairly well in those matchups, posting a 2.80 goals-against average and a .920 save percentage during that span.
In saying that, this isn’t the same Toronto team from the shortened 2020-21 campaign, or at least, they aren’t acting like that right now. Since Nov. 21, they’ve been considered the top-scoring offence in the league, registering the most goals for per game (5.2) and are tied for the fourth-most shots on goal per game (36.6) among all 32 franchises.
Even though Hellebuyck has generated an impressive 2.17 goals-against average and a .930 save percentage over his last 12 starts, his biggest test thus far will likely come Sunday night against one of the best performing teams in the NHL.