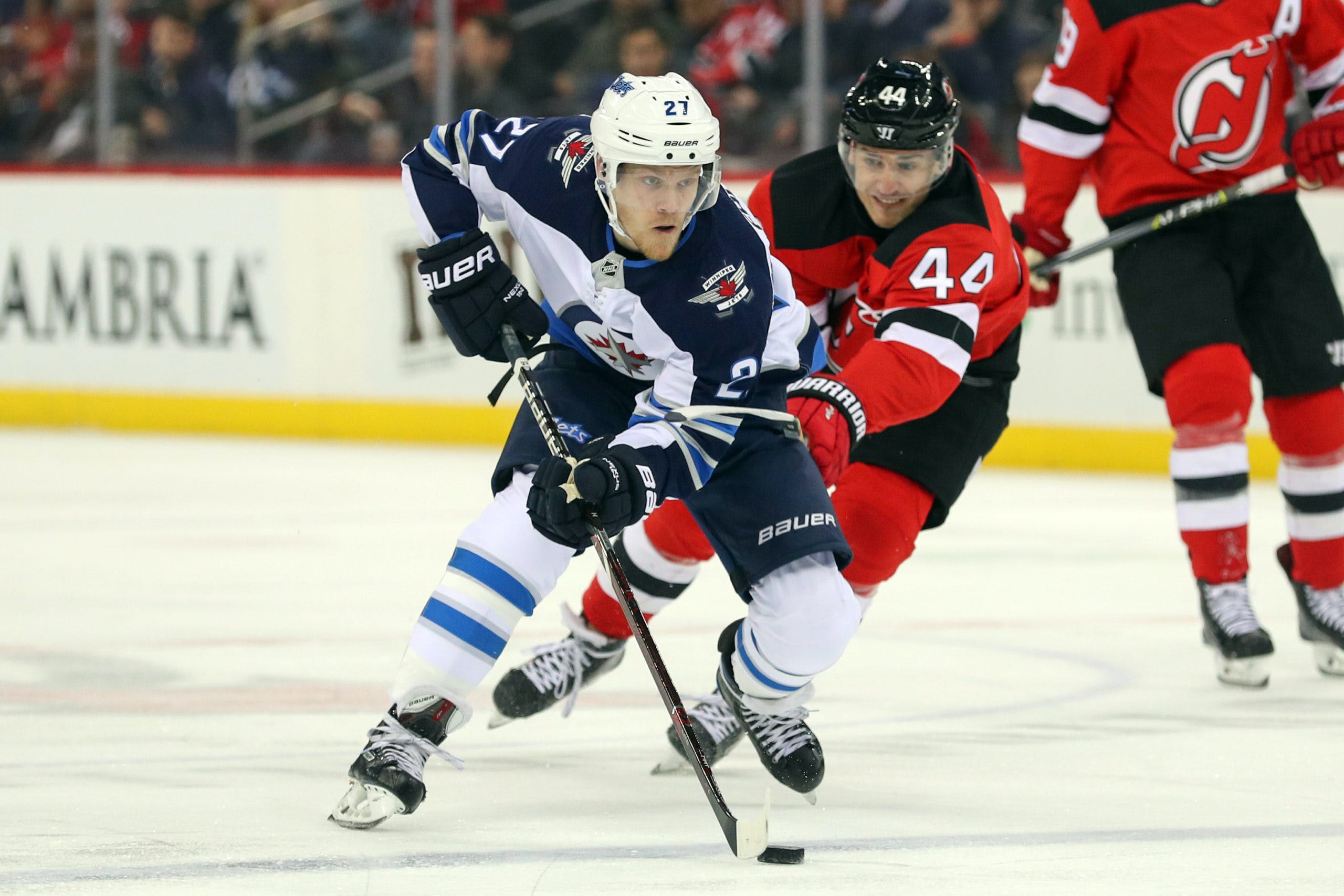 By Thomas Hall
11 months ago
Coming off an embarrassing 1-0 loss against the Arizona Coyotes, the Winnipeg Jets couldn’t be happier to turn the calendar to December, providing them with an opportunity to wipe the slate clean, starting with a Friday night matchup against the New Jersey Devils.
Entering this contest, the Jets have lost six of their last seven games and have been held to one goal or fewer in five of those contests, including a pair of shutout defeats. Safe to say, this recent stretch has served as one of their worst of the 2021-22 season, luckily, there’s still plenty of time to turn things around before it’s too late.
Adding to Winnipeg’s hopes of turning around this current slide, New Jersey is, well, performing exactly how one would expect them to be during their current – and seemingly, never-ending – rebuilding phase. Coming into this contest, this team has lost four of its last five games and has allowed a combined 10 goals against over their last two.
Overall, thanks to this recent stretch, the Devils currently sit third last in the Metropolitan Division with a mediocre 9-8-4 record on the season. So yeah, things aren’t going well for this organization either as of late.
In hopes of ending this miserable run, for the home team’s sake, let’s explore three storylines ahead of the first meeting between Winnipeg and New Jersey since November 2019.

After spending the last few games on the Jets’ third line, pairing him with teammate @Adam Lowry, forward @Nikolaj Ehlers has been reinserted into the top-six group and will skate alongside @Pierre-Luc Dubois and @Andrew Copp on the second line Friday.
In what’s been a relatively quiet season, where he’s scored just six goals and 13 points through 22 games, Ehlers has bounced around from multiple different line combinations up to this point, largely due to injuries. But now that this club is at full strength, he’ll hopefully be able to remain in a top-six role the rest of the way, perhaps alongside Dubois.
Unlike in previous seasons, the 25-year-old has struggled to generate high amounts of quality scoring chances thus far, resulting in just 18 high-danger chances at 5-on-5, according to NaturalStatTrick.com. Making matters worse, he’s only registered five chances of that variety on the power play, limiting the majority of his shooting attempts to the outside.
But considering the Devils have allowed the seventh-most total shots against per game (33.4) since Nov. 1, chances are there should be plenty of shooting lanes for Ehlers and the rest of his teammates as they attempt to break out of their offensive woes.
Here’s how Winnipeg’s line-up is expected to take shape Friday night:
@Kyle Connor – @Mark Scheifele – @Blake Wheeler
Copp – Dubois – Ehlers
@Paul Stastny – Lowry – @Kristian Vesalainen
@Jansen Harkins – @Dominic Toninato – @Evgeny Svechnikov
@Josh Morrissey – @Nate Schmidt
@Brenden Dillon – @Neal Pionk
@Logan Stanley – @Dylan DeMelo

With the Jets’ power play currently enduring a miserable 2-for-27 stretch over their last eight games, they’re determined to turn those struggles around as soon as possible, unfortunately, that may not occur in this matchup.
Granted, the Devils have committed the eighth-most penalties (53) in the league since Nov. 1, however, they haven’t allowed their lack of discipline to affect them on the scoreboard. During that same span, this club has registered a respectable 85.1 per-cent success rate on the penalty kill, which is the 11th-highest among all 32 franchises.
How has New Jersey been moderately successful despite taking so many infractions? Well, a key factor has been their ability to limit the number of quality scoring chances against while shorthanded – an area where Winnipeg’s skaters have struggled mightily.
In total, the Devils are currently tied for the third-fewest high-danger chances against (23) and tied for the fourth-fewest high-danger goals against (four) on the penalty kill this season.
Unless this trend changes, which is possible, the Jets could potentially be in store for another frustrating performance on the power play.

High Priority on Grinding Out a Much-Needed Victory

Considering the Jets have only won once in the last two-plus weeks, which has bumped them down to sixth place in the Central Division, there’s no question they need to carve out a victory against the Devils – in whatever way possible.
Speaking on this topic, coach Paul Maurice was asked after the morning skate if there’s any noticeable pressure building on his club, and explained, “I’ve got way more confidence that we’re building than that we’re sliding right now. But we’ve got to get going.”
While this current rough patch isn’t similar to the one from last season, where Winnipeg lost seven straight and looked completely lost, they’d undoubtedly take a positive step forward towards a much-needed resurgence with a win Friday.
Fingers crossed that’s exactly what transpires during this contest against New Jersey.