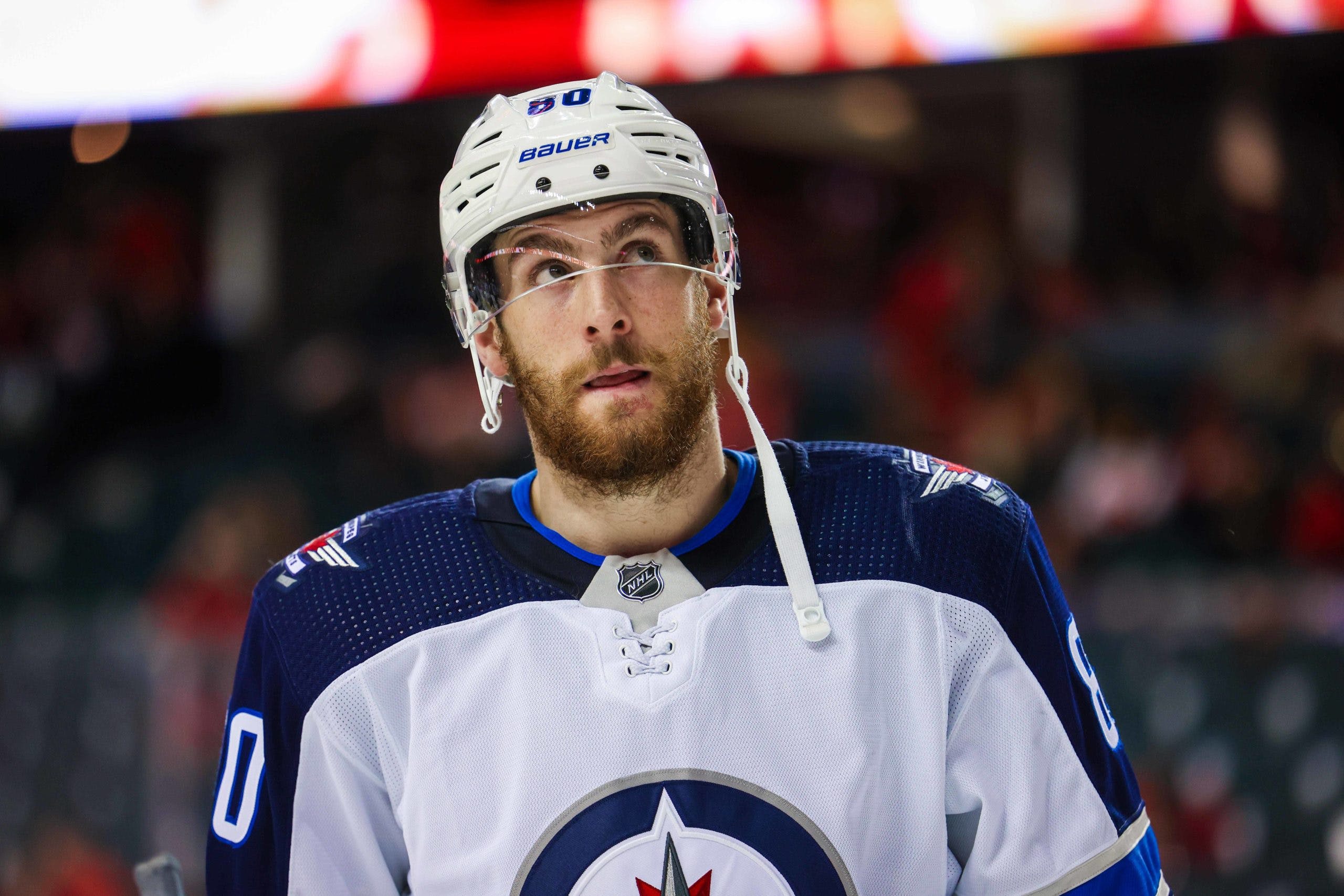 By Thomas Hall
1 year ago
Following a brief one-game homestand, the Winnipeg Jets are off on the road once again, this time beginning a three-game road trip against the Columbus Blue Jackets.
Coming into this Wednesday night tilt, things certainly haven’t been falling the Jets way, as they’ve been losers of three straight games and have also scored two goals or fewer in each of those contests. If this team is to avoid dropping four consecutive games, they’ll desperately need to break out of their current offensive woes, both at 5-on-5 and during power-play situations.
Adding to their level of difficulty, the Blue Jackets have been rolling as of late, winning three of their last four games while scoring at least five goals in each of those victories. In particular, they’ve been receiving plenty of production from their backend during this span, as defencemen @Zach Werenski and @Vladislav Gavrikov have combined for four goals and nine points.
Additionally, former Jet @Jack Roslovic is currently enjoying an impressive four-game stretch, which has seen him register two goals and four points – all four have come at even strength – despite receiving just 12:08 minutes of ice-time per game.
Digging deeper into this matchup at Nationwide Arena, let’s explore three storylines ahead of what should be an entertaining showdown between the Jets and Blue Jackets.

Thanks to the COVID-19 pandemic, the Jets and Blue Jackets haven’t faced off against one another since January 2020. Ironically, one year after that last meeting between these two clubs, they connected off the ice, agreeing to a deal that sent @Patrik Laine and Roslovic down south in exchange for @Pierre-Luc Dubois.
Now almost 11 months later, it’s probably safe to say both sides have been pleased with how this blockbuster trade has worked out, especially from Winnipeg’s standpoint.
Granted, Dubois’ inaugural campaign didn’t go as planned, where he posted a miserable eight goals and 20 points through 41 games. But this time around, however, the 23-year-old has been as advertised and has already surpassed his goals total from last season, which has seen him record 10 markers in just 18 contests.
Though this visit to Columbus will undoubtedly be emotional, it could prove to be a pretty successful one for the 6’3″ power forward, who’s enjoyed a considerable amount of success at Nationwide Arena in the past. Historically, he’s created 27 goals, 72 points and a trio of game-winning markers over 119 career games since making his NHL debut in 2017-18.
While Roslovic is expected to suit up for the Blue Jackets on Wednesday, unfortunately, Laine remains unavailable due to a strained oblique. That being said, he still has an opportunity to play against his former organization when his team visits the Jets on Mar. 25, 2022.

After skating on his own prior to Winnipeg’s morning skate on Monday, veteran @Paul Stastny was seen practicing with his teammates Wednesday for the first time since suffering his foot injury.
While this provided some optimism regarding his return, Stastny, who’s been sidelined since Nov. 6, didn’t participate in any line rushes and acted as the extra forward while his team was on the ice. In turn, the 35-year-old isn’t ready to suit up for game action just yet and still requires a few additional recovery days before that can happen.
Until then, the Jets are expected to roll out the same line combinations from Monday’s contest against the Pittsburgh Penguins, which will look as follows:
@Kyle Connor – Dubois – @Blake Wheeler
@Andrew Copp – @Mark Scheifele – @Nikolaj Ehlers
@Jansen Harkins – @Adam Lowry – @Evgeny Svechnikov
@Dominic Toninato – @Riley Nash – @Kristian Vesalainen
@Josh Morrissey – @Nate Schmidt
@Brenden Dillon – @Neal Pionk
@Logan Stanley – @Dylan DeMelo
Since Winnipeg has only scored three of its last four goals at 5-on-5, don’t be shocked if the line blender is turned on at some point if these offensive woes continue against Columbus.

Nearing the first quarter mark of the 2021-22 campaign, it’s become clear that the Jets’ ineffective penalty kill has quickly transformed into one of their biggest weaknesses, and is an area that’s likely to remain problematic unless addressed.
On the season, Winnipeg is currently ranked second-last in the league with an alarming 65.3 per cent success rate on the penalty kill – that’s a damning percentage for a franchise that’s aiming for a deep playoff run. More recently, this issue has become even more concerning as four of the last nine goals against have come while shorthanded.
Based on these troubling metrics, perhaps it’s time for coach Paul Maurice and the rest of his staff to shake up the penalty-killing units, aside from the Copp and Lowry pairing, of course.
Considering that Nash and Toninato have both registered an Expected Goals For percentage below 5.0 per cent while shorthanded, it might be time to swap in someone like Harkins or Vesalainen. Taking this one step further, calling up prospect @David Gustafsson, who’s considered a defensive-first centre, could be the best course of action to take.
Whatever the case may be, at this rate, there’s no question the Jets will continue losing winnable games unless their penalty-killing woes are rectified.