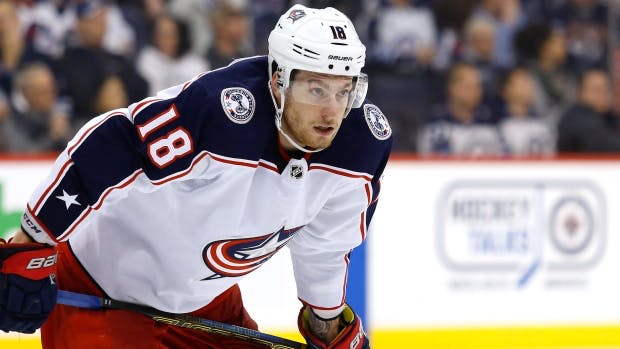 By Thomas Hall
1 year ago
It’s an end of an era, the Winnipeg Jets have finally completed the blockbuster trade that everyone has been expecting them to make since the off-season.
According to Darren Dreger of TSN, the Jets are sending forwards @Patrik Laine and @Jack Roslovic to the Blue Jackets in exchange for forward @Pierre-Luc Dubois along with a 2022 third-round pick.
In addition, the Jets are paying 26% of Laine’s remaining $6.75 million salary for this season. As for Roslovic, who remains a restricted free agent, he’s expected to sign a two-year deal that’ll pay him around $2 million per season.
After reporting the Jets were one of the three finalists for Dubois late Friday night, it only took general manager Kevin Cheveldayoff and his staff a few more hours to complete this trade.
With Laine being placed on the injured reserve on Friday, he’ll be forced to miss at least the next seven days, meaning he’ll be eligible to return to action on Jan. 30 at the earliest. Since a 14-day quarantine still exists in Canada, Dubois will miss the next two weeks and won’t be able to make his debut until next month.
The former Blue Jacket is earning $5 million this season and is under contract through the 2021-22 campaign, as he’s slated to earn $5 million and will become a restricted free agent during the following off-season.
Through five games this season, Dubois has averaged a career-low 14:31 minutes of ice time per game, including less than four minutes on Thursday, he’s produced just one goal, seven shots on net, three blocks, two hits, and one takeaway.
Winnipeg is scheduled to play the first game of a back-to-back against the Ottawa Senators on Saturday at 9 pm CT.