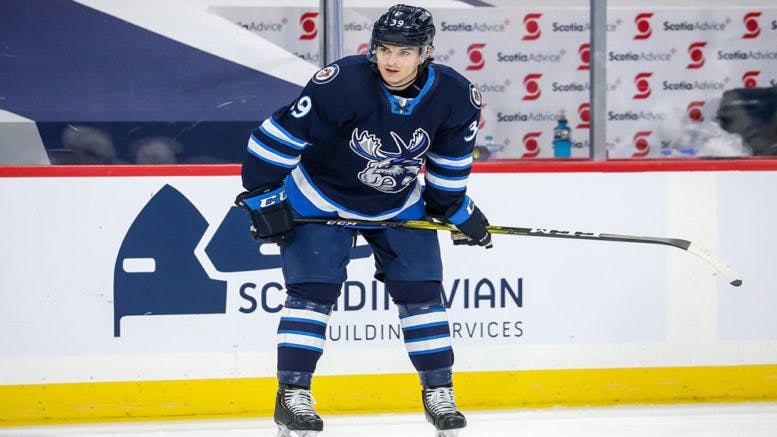 By Thomas Hall
1 year ago
Amid the COVID-19 pandemic, the Manitoba Moose became part of a five-team Canadian Division for the 2020-21 campaign, which saw forward Jeff Malott enjoy plenty of success during his inaugural season in the AHL.
Following his impressive performance, Malott, 24, has agreed to a one-year, two-way contract with the Winnipeg Jets, which will earn him $780,000 next season.
After spending four seasons at Cornell University, the 6′ 4″ winger joined the Moose as an undrafted free agent this past winter and certainly made the most of his opportunity, as he led the team with 14 goals and also added six assists over 34 games.
Before making his professional debut, Malott served as a crucial leader throughout his collegiate career and was named captain of the team during his senior year. Though he wasn’t known as an offensive juggernaut, the youngster was still able to produce 24 goals and 53 points over 114 career games with the Big Red.
Originally slated to become a restricted free agent this summer, Malott is now expected to receive an invitation to next season’s training camp and could potentially make his NHL debut at some point in 2021-22. But at the very least, he’ll return for a second season with the Moose.
Jets News
Recent articles from Thomas Hall