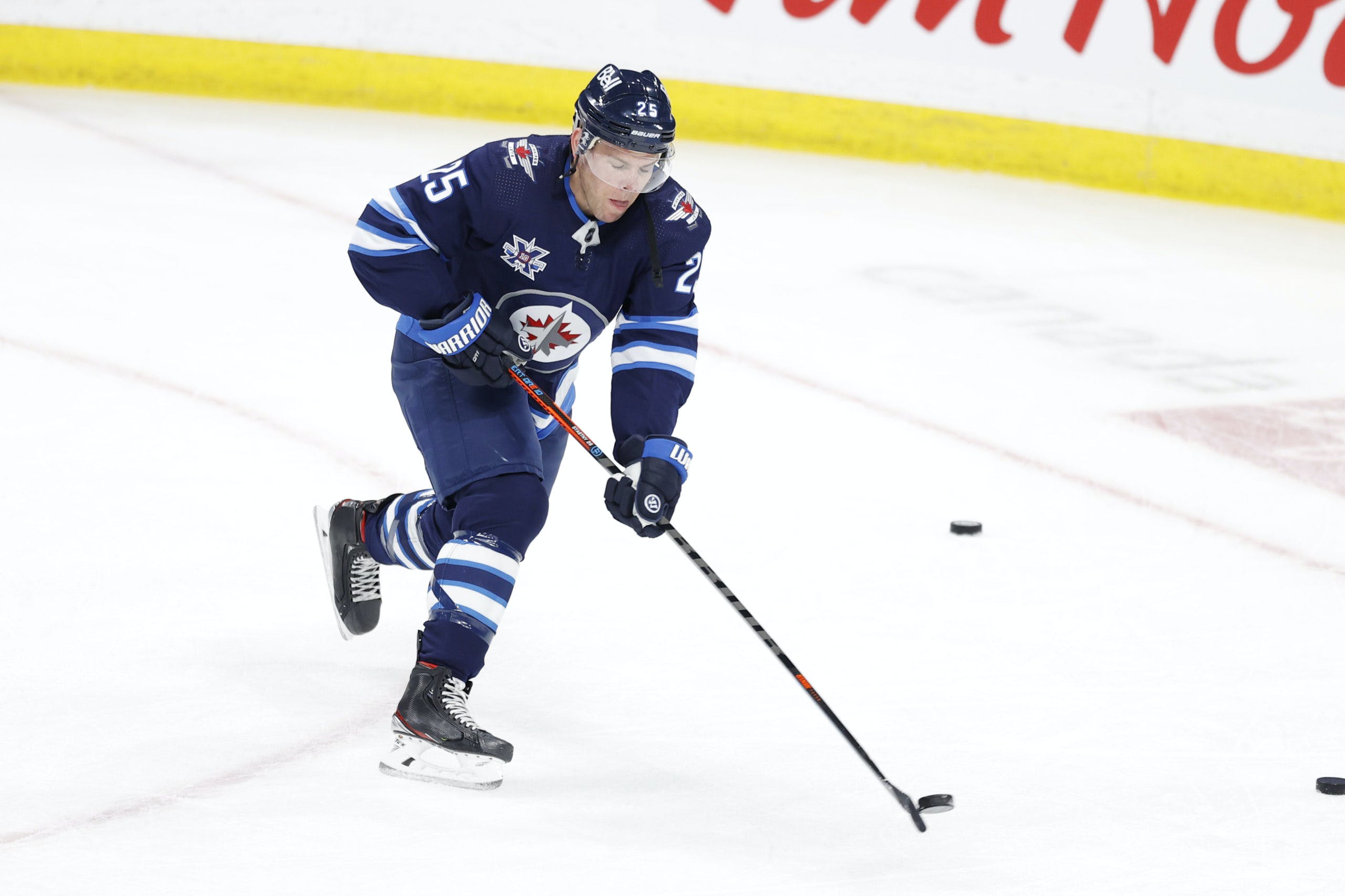 By Thomas Hall
1 year ago
With free-agent frenzy slated to open Wednesday morning, the Winnipeg Jets have decided to retain one of their eight unrestricted free agents as they’ve re-signed veteran @Paul Stastny to a one-year contract extension.
In an official announcement, the Jets have announced that Stastny, 35, has agreed to a new one-year deal that’ll pay him $3.75 million in 2021-22.
Following this acquisition, Winnipeg is expected to feature approximately $15.1 million in cap space for next season, according to PuckPedia.com.
After spending two seasons (2018-2020) with the Las Vegas Golden Knights, Stastny was traded to the Jets last off-season and enjoyed a fairly productive performance during the shortened season, where he averaged 17:25 minutes of ice time per game and posted 13 goals, 29 points, 101 shots on goal, 38 hits, 20 takeaways, 19 blocks and a 54.7% faceoff percentage over 56 games.
Making a respectable impact in the playoffs, the former second-round selection averaged 18:42 minutes of ice time per game, producing one goal, two points, nine shots on goal, six hits, five blocks, one takeaway and a 53.4% faceoff percentage through six games.
Looking ahead to the 2021-22 campaign, Stastny will likely return to the Jets’ second line and could spend some time at center and on the wing as well. In addition, the veteran forward will also probably serve on the top power-play unit for a second consecutive season.
Free-agent frenzy will begin at 11 am CT on Wednesday.
Jets News
Recent articles from Thomas Hall