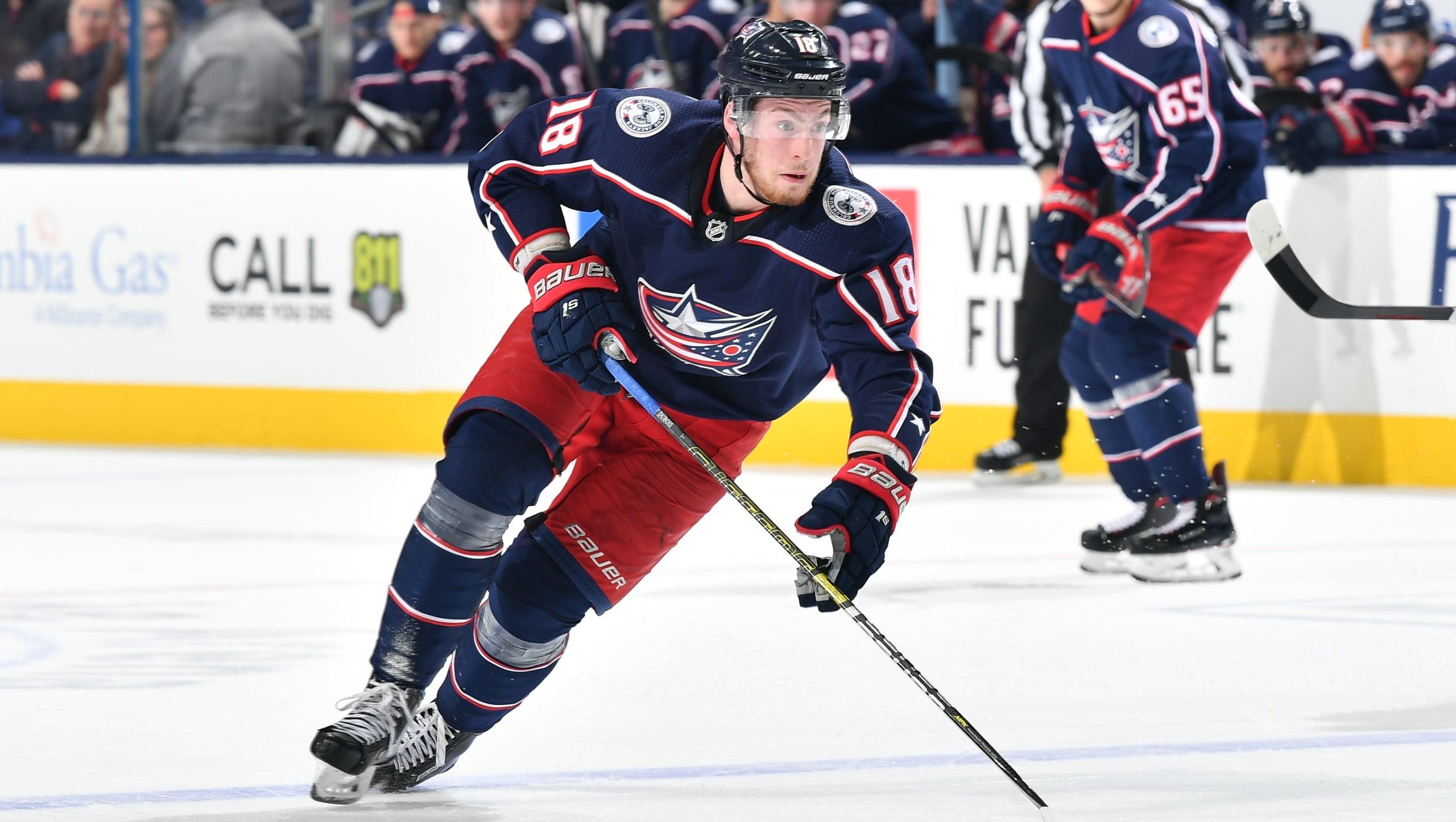 By Thomas Hall
1 year ago
Following an off-season full of trade speculation, most experts believed the Winnipeg Jets would strike a blockbuster deal involving forward @Patrik Laine, although that never ended up happening. Now four games into the 2020-21 campaign, could the front office be on the verge of making a significant move?
According to Darren Dreger of TSN, the Columbus Blue Jackets are “closing in” on finding a trade partner for forward @Pierre-Luc Dubois, who requested a trade earlier this month. In his report, Dreger revealed his sources have told him the Jets are considered one of the finalists for the 22-year old.
Obviously, whenever rumors begin circulating about a blockbuster trade involving Winnipeg, everyone immediately thinks of Laine – who was placed on the injured reserve on Friday. That being said, it’s still possible Columbus could acquire the 22-year old All-Star even though he’s currently hurt.
Considering forward @Jack Roslovic, who requested a trade before training camp opened, is still waiting to be dealt, there’s a very good chance he’d become apart of any type of package heading the other way.
After receiving less than four minutes of ice time on Thursday against the Tampa Bay Lightning, it’s clear Dubois’ time with the Blue Jackets will be coming to an end very shortly, however, it remains to be seen where he’ll be calling home next.
These current trade rumors probably aren’t going anywhere and it’ll certainly be interesting to see if the Jets actually bring the former 61-point scorer to the “true north.”
Jets News
Recent articles from Thomas Hall