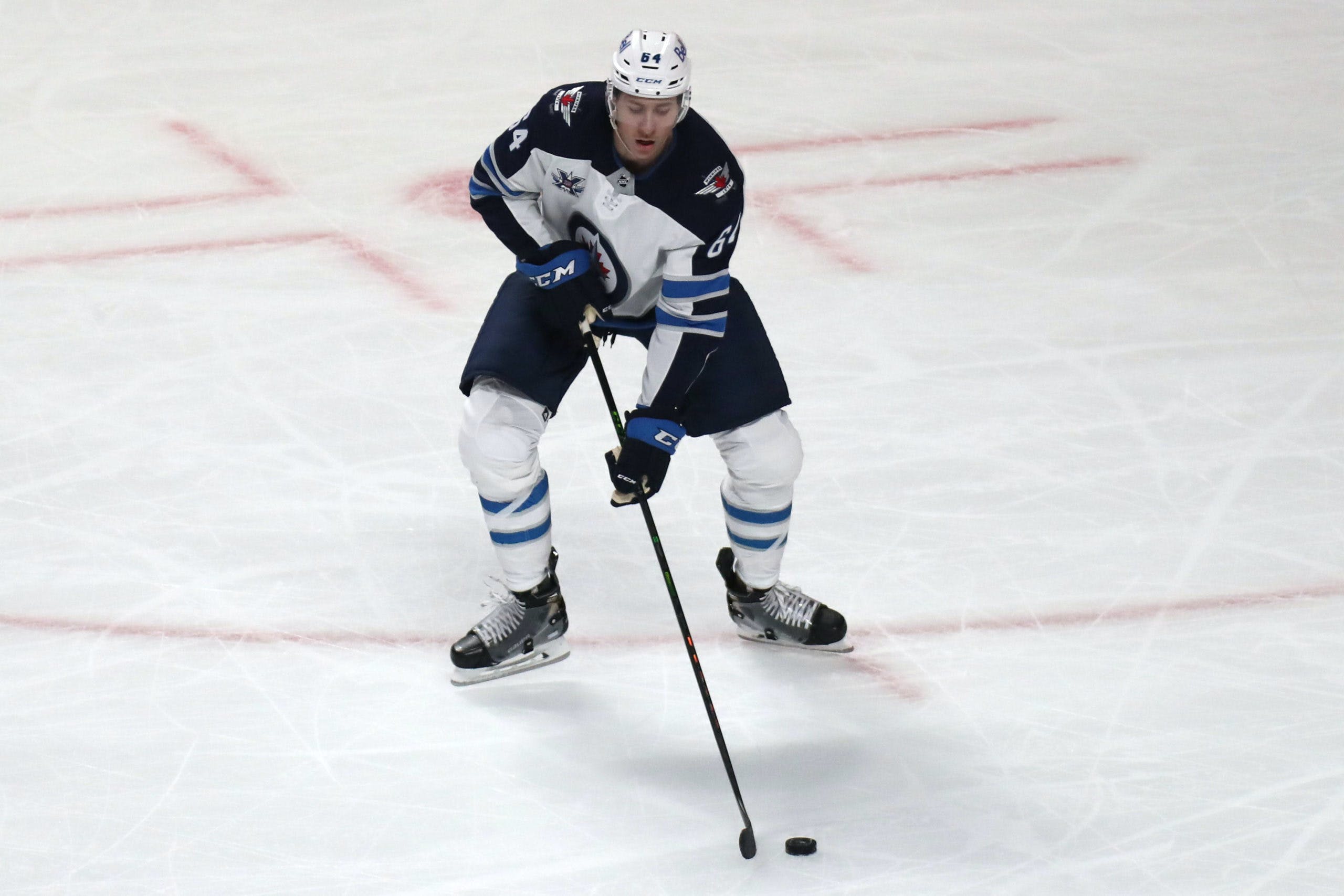 By Thomas Hall
1 year ago
After making a pair of external additions to the blue line this off-season, in @Nate Schmidt and @Brenden Dillon, the Winnipeg Jets have shifted their focus to some of their own free agents as they’ve re-signed defenseman @Logan Stanley to a two-year contract extension.
Coming off his three-year, entry-level contract, Stanley, 23, became a restricted free agent for the first time in his career this summer and is now signed through the 2022-2023 campaign, featuring a cap hit of $900,000 per season, according to PuckPedia.com.
While Stanley wasn’t arbitration-eligible this time around, he’ll gain that status at the end of his current contract when he becomes a restricted free agent for the second time in his young NHL career.
Thanks to his impressive showing during training camp last season, the towering 6’7″ blueliner opened the regular season with the Jets and ultimately became a full-time player, allowing him to occupy a regular role on the club’s third defensive pairing. As a result, he earned an opportunity to create a strong relationship with veteran @Dylan DeMelo, which helped the youngster transfer his craft over to the highest level of competition.
Enjoying a respectable performance during his rookie season, Stanley averaged 13:13 minutes of ice time per game, producing one goal, four points, 63 shots on goal, 49 hits, 31 blocks and seven takeaways through 37 games.
Making his presence felt in the playoffs, the former first-round selection averaged 15:23 minutes of ice time per game, posting two goals, three points, 22 blocks, 21 hits and 14 shots on goal over eight contests.
Winnipeg will open its preseason schedule on Sep. 26 against the Ottawa Senators.
Jets News
Recent articles from Thomas Hall