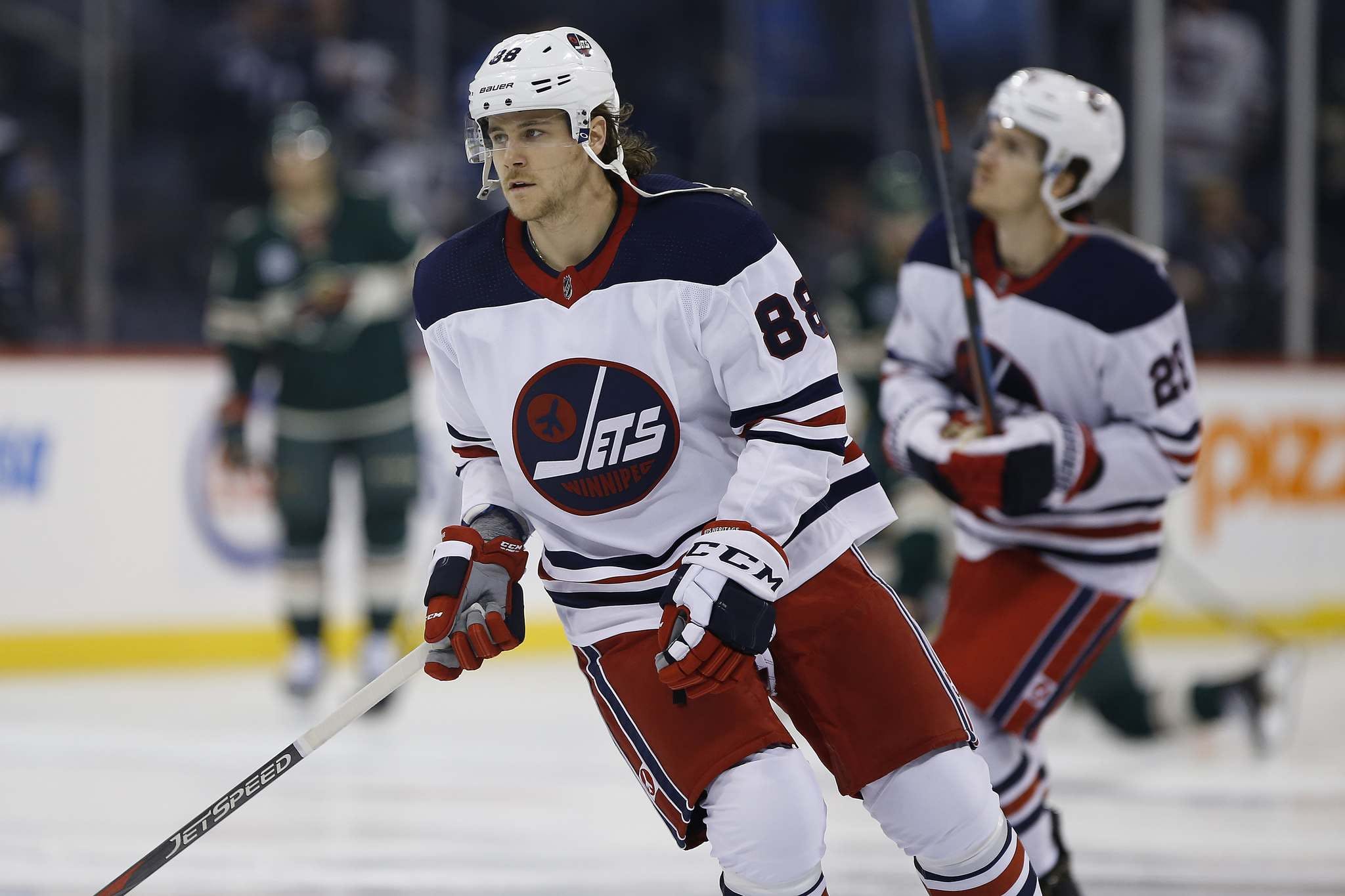 By Thomas Hall
1 year ago
While the Winnipeg Jets came away with a 4-3 victory over the Toronto Maple Leafs on Tuesday, it came at a price as defenseman @Nathan Beaulieu is expected to be sidelined for several weeks with an injured hand.
Following Wednesday’s optional skate, coach Paul Maurice revealed to the media that Beaulieu, 28, will miss an extended period of time due to his injury. In addition, the Jets’ head coach isn’t ready to name his replacement for Thursday night’s game against the Maple Leafs.
After blocking a shot with his hand, Beaulieu departed Tuesday’s contest and was ultimately ruled out for the remainder of the game. With nearly half the season completed, this is a major blow to the veteran defenseman’s second campaign in Winnipeg and it’s unclear as to when he’ll return to the lineup, although the medical team is hopeful he won’t be out for four-six weeks.
While Maurice doesn’t want to reveal who’ll draw into the lineup, it seems either @Sami Niku, who’s already on the roster, or @Logan Stanley will likely fill in for Beaulieu alongside veteran @Dylan DeMelo on the club’s third defensive pairing.
Through 25 games this season, the former first-round selection has averaged 16:44 minutes of ice time per game, producing one point, 39 hits, 30 blocks, 26 shots on net, three takeaways and has earned a -5 +/- rating.
Winnipeg is scheduled to play Toronto once again on Thursday at 6 pm CT.
Jets News
Recent articles from Thomas Hall