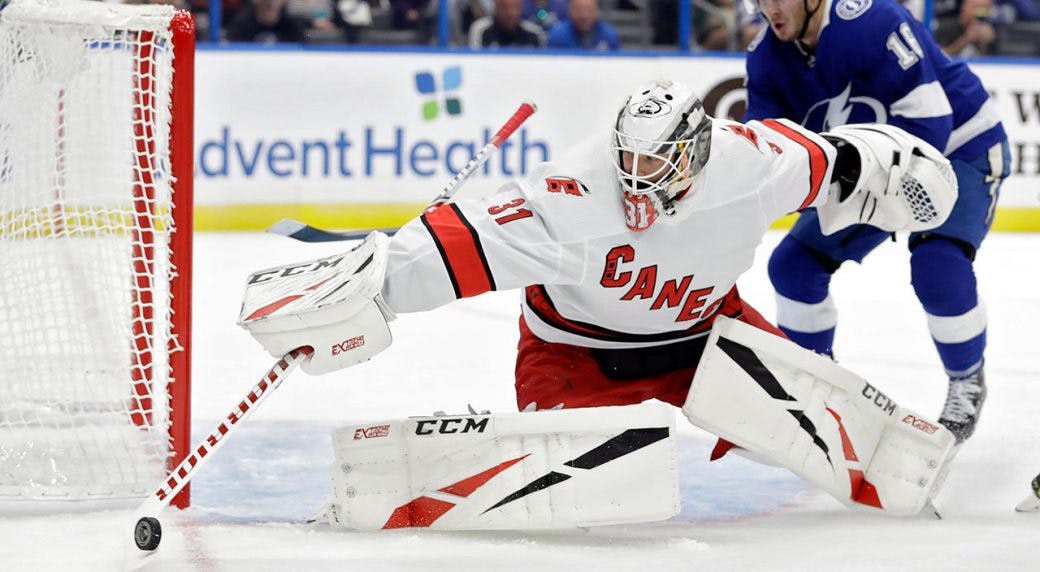 By Thomas Hall
1 year ago
Due to the COVID-19 pandemic, all 31 teams are required to carry at least three goalies on their active roster or must have a goalie on their taxi squad, however, the Winnipeg Jets have just removed their third-string netminder from the roster.
According to the NHL’s transactions page, the Jets placed goaltender @Anton Forsberg, 28, on waivers on Tuesday, meaning the other 30 teams in the league will have 24 hours to place a claim on him.
After initially being claimed by Winnipeg back on Jan. 15, Forsberg was forced to quarantine for the next two weeks and was later added to the club’s roster. The former seventh-round pick hasn’t appeared in a game since then.
With goaltender @Eric Comrie, who was claimed back on Feb. 18, already in Manitoba and playing in the AHL, there’s a very good chance he could be promoted to the NHL in the near future.
Through three games with the Carolina Hurricanes last season, Forsberg performed to a 1-1-0 record, producing a 3.35 goals-against average and a .897 save percentage.
Winnipeg is scheduled to take on the Montreal Canadiens on Wednesday night at 7 pm CT.
Jets News
Recent articles from Thomas Hall