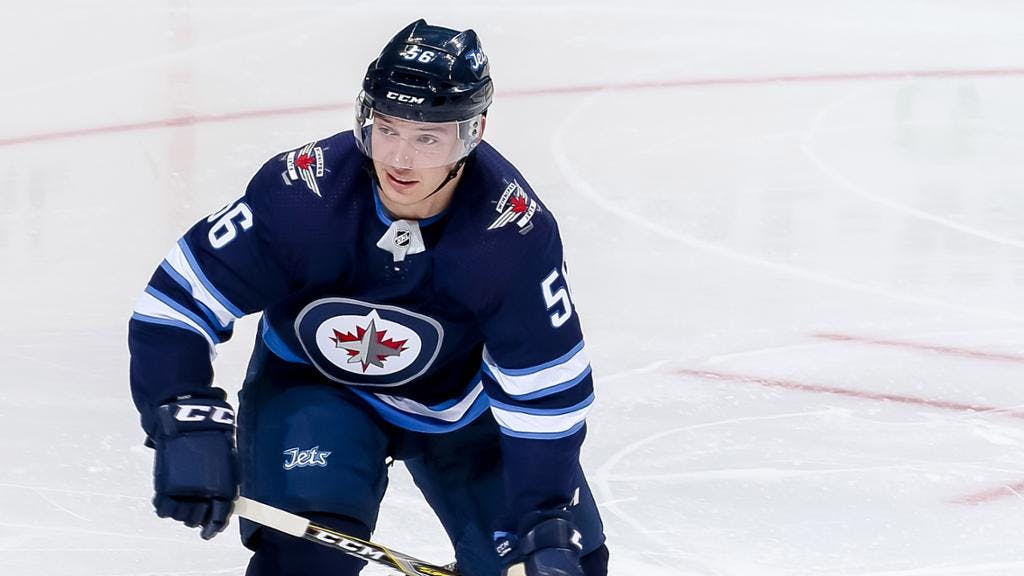 By Thomas Hall
1 year ago
Training camp is officially underway in Winnipeg, as the Jets have begun preparing for the 56-game 2020-21 campaign, which will open at home on Jan. 14.
While players returned to the ice on Monday at Bell MTS Iceplex – the club’s practice facility – the organization also announced they’ve placed forward @Marko Dano on waivers.
Despite signing a one-year, two-way contract with Winnipeg back in November, Dano, 26, was listed with an undisclosed injury on the initial report before camp opened. Though it’s still unclear as to what he was dealing with, the 5-foot-11 forward can now be claimed by any of the other 30 teams in the league.
After being acquired from the Chicago Blackhawks back in 2016 in exchange for former captain @Andrew Ladd, the left-hander spent three seasons in blue and white before he was claimed on waivers by the Colorado Avalanche in 2018. Last season, he suited up for the Columbus Blue Jackets and split time between the NHL and the AHL.
Over his eight games with the Blue Jackets in 2019-20, Dano averaged just 6:53 minutes of ice time per game, producing just five hits, three blocks, two shots on net, one takeaway, but failed to create any points during that span.
Before returning to North America this winter, the former first-round selection spent some time overseas, playing for HK Trencin Dukla of the Slovak Tipos Extraliga – Slovakia’s highest professional league. Even though he only played in a pair of games, the center scored two goals and three points during his brief time with them.
If Dano passes through waivers after 24 hours, it’s possible the Jets could terminate his contract or keep him around as a member of their taxi squad.
Jets News
Recent articles from Thomas Hall