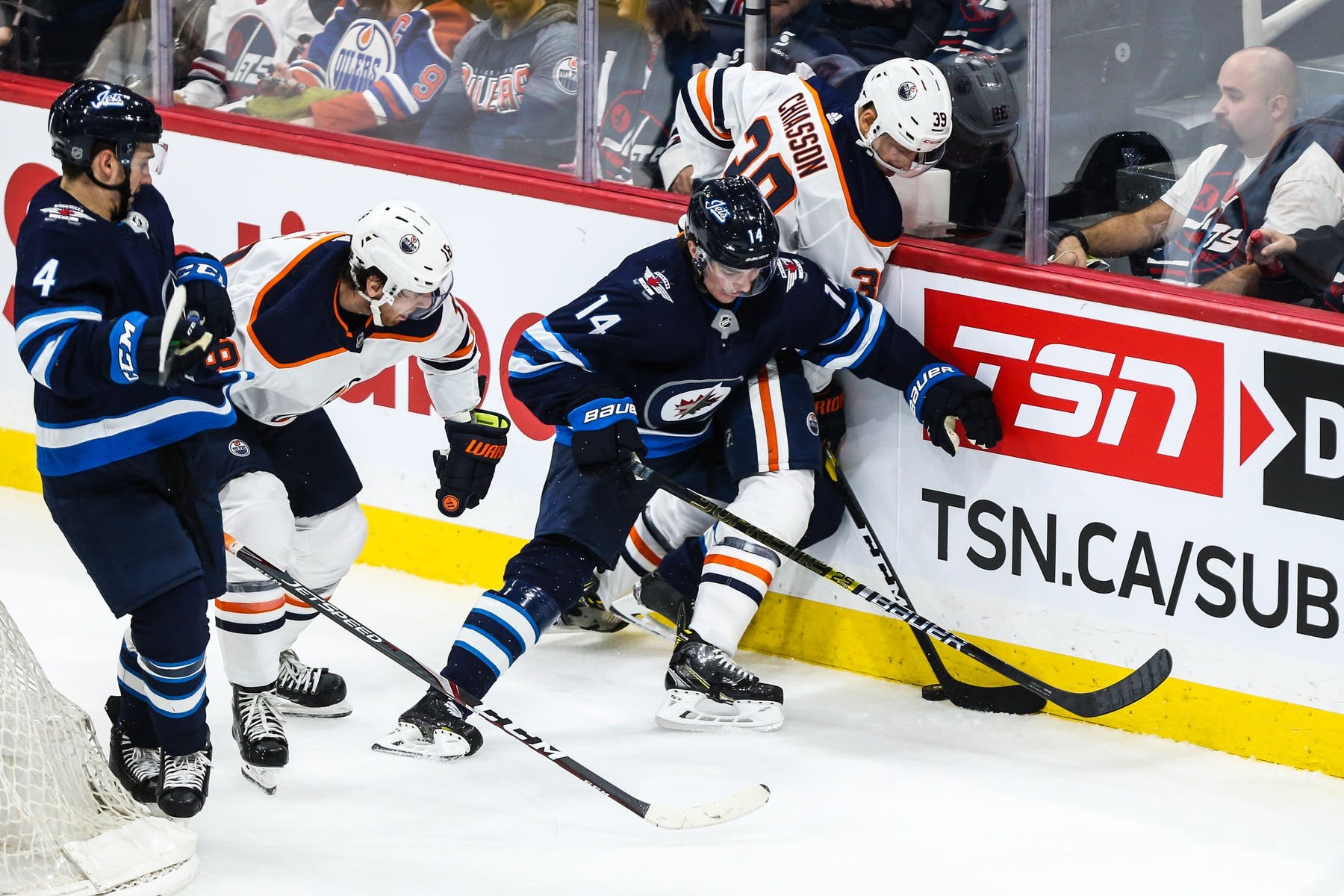 By Thomas Hall
1 year ago
Just over two years ago, the Winnipeg Jets sent veteran @Jacob Trouba to the New York Rangers in exchange for defenseman @Neal Pionk, who’s since developed into a solid top-four blueliner, and the 20th overall selection in the 2019 NHL Draft, which ultimately turned into @Ville Heinola.
At the time, this trade seemed to be a major blow to the Jets’ blue line, especially since Trouba was coming off a career year where posted eight goals and 50 points through 82 games. Fast forward to 2021, the outlook of this acquisition has changed dramatically as it’s provided this team with not only someone who can help them in the present, but also a top young defenseman who’s expected to make a strong impact over the next several seasons.
Here are some positives and negatives from Heinola’s second NHL season:

After suiting for eight games last season, where he scored one goal and five points, Heinola entered training camp looking to prove he deserved to start this past season in the NHL rather than being assigned to the AHL. But unfortunately, the 20-year-old couldn’t force his way into the lineup and opened the campaign on the club’s taxi squad.
Despite missing the first three games of the schedule, a spot opened up with teammates @Tucker Poolman (COVID-19) and @Dylan DeMelo (new child) both unavailable, allowing the youngster to make his season debut on Jan. 21 against the Ottawa Senators. While the 6′ 1″ blueliner was positioned on the third defensive pairing, he still proved to be effective over his 14:22 minutes of ice time, as he was on the ice for two goals scored and earned a 50.6% xGF percentage during five-on-five play, according to NaturalStatTrick.com.
Even though Heinola showcased his impressive agility and puck-moving ability, his next NHL game didn’t come until Apr. 15 against the Toronto Maple Leafs, forcing him to spend the majority of the 2020-21 campaign with the Manitoba Moose. Making the best of that situation, the promising young prospect finished with the most goals (four) and the third-most points (11) among all defensemen on the team, according to EliteProspects.com.
There’s no question Heinola should’ve played significantly more than just five NHL games this past season. Having said that, he still participated in 50 overall games between the NHL, AHL, Finnish Elite League and the World Juniors Tournament. So it’s not like he didn’t gain plenty of experience in 2020-21.

Glossing over Heinola’s results from this past season, his inability to register a single point immediately jumps off the page, however, the fact he didn’t receive consistent playing time in the NHL and was also largely limited to the third pairing were two major factors that led to his lack of offensive productivity.
Case in point, the Jets were without DeMelo for the first four games of the season, and yet, the former first-round pick only suited up for one of those contests. Then later in the schedule, the left-hander played his second NHL game of the campaign on Apr. 15 but was then never seen again until May 5, when the team played against the Calgary Flames.
Considering Winnipeg’s blue line featured mediocre defensemen like @Nathan Beaulieu, @Derek Forbort and Poolman in 2020-21, it would’ve made plenty of sense to provide Heinola an extended run at the highest level of competition. But alas, coach Paul Maurice opted to rely on veteran blueliners who ultimately proved to be defensive liabilities during five-on-five situations.

Looking ahead to next season, Maurice has already admitted Heinola will need to compete for regular playing time, which is fair to say, although there’s a pretty strong chance the young defender will participate in more than just five NHL games.
As currently constructed, the native of Finland projects to be positioned alongside Pionk on the second pairing, but assuming the front office acquires a top-four blueliner this off-season, that probably won’t be the case when training camp opens. With that in mind, odds are he’ll likely spend the majority of his time on the bottom pairing once again.
Uncategorized
Recent articles from Thomas Hall