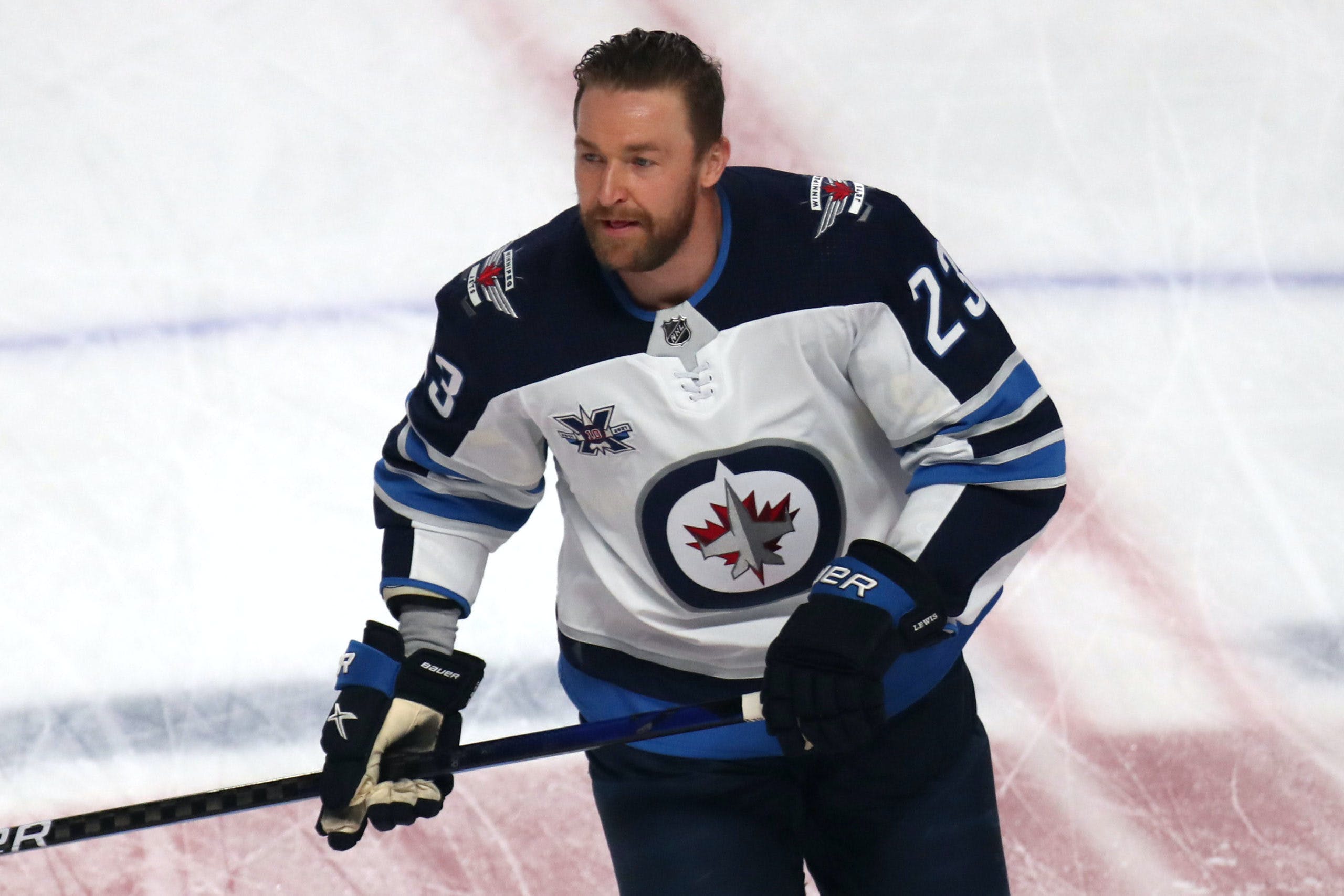 By Thomas Hall
1 year ago
After spending the first 12 seasons of his career with the Los Angeles Kings, forward @Trevor Lewis parted ways with the only organization he had ever played for and decided to search for his next destination, which ultimately proved to be the Winnipeg Jets.
With limited options available in free agency, Lewis signed a professional tryout with the Jets and was forced to earn a roster spot during training camp, allowing him to showcase his talents to the club’s coaching staff. Thanks to his hard work and determination, the 34-year-old proved he could make an impact as a fourth-line skater and was awarded a one-year, $750,000 contract, according to PuckPedia.com.
Here are some positives and negatives from Lewis’ first and potentially only season with the Jets:

Battling against father time, Lewis had dealt with several nagging injuries over his last few seasons with the Kings, preventing him from participating in more than 56 games in a single campaign since 2018-19.
But since the 2020-21 season was shortened to just 56 games, paired with his 10-month layoff in between last season and this past season, the 6′ 1″ winger found a way to stay healthy throughout his inaugural campaign in Winnipeg and played every single contest – including all eight postseason games.
Despite only averaging 9:52 minutes of ice time per game, Lewis made the most of his limited opportunities, scoring five total goals and 10 total points during the regular season. In addition, he also produced 71 hits (most since 2017-18), 68 shots on goal, 27 high-danger scoring chances, 22 blocks, eight takeaways, a 57.9% faceoff percentage and a 4.9 xG rate, according to NaturalStatTrick.com.
For the most part, the two-time Stanley Cup champion had served as an effective penalty killer throughout his tenure with the Kings, allowing him to occupy a similar role with the Jets this past season. Positioned on the club’s second penalty-killing unit, the right-hander brought an unexpected offensive contribution to this line, as he created a team-high two short-handed goals, four shots on goal, two high-danger chances and two takeaways.
All in all, this was a fairly respectable performance from Lewis, who most experts weren’t expecting much production from at the start of the season.

Though Lewis enjoyed an unexpectedly successful offensive performance in 2020-21, he couldn’t replicate that same level of effectiveness to the defensive aspect of his game, particularly during five-on-five situations.
Granted, the former King didn’t earn a ton of reps during five-on-five play, however, it’s still a little troubling his on-ice metrics resulted in a 44.1% CF percentage, a 43.8% FF percentage and a 42.2% SF percentage, which are all the worst results of his career since the 2010-11 campaign. Adding to his defensive woes, he was also on the ice for five goals allowed and a 14.8 xGA rate, meaning goaltender @Connor Hellebuyck bailed out Winnipeg’s fourth line numerous times.
Playing a huge factor in helping Los Angeles capture two Stanley Cups, Lewis didn’t have any issues making his presence felt during the most crucial time of the year, as he recorded 11 total goals, seven even-strength goals, 23 points, 244 hits, 123 shots on goal, 62 high-danger chances, 37 blocks and 25 takeaways through 79 career playoff games from 2010-2018.
Failing to recapture some of that playoff magic this time around, the former first-round selection was pretty much an afterthought during the Jets’ recent playoff run as he was only able to make an impact with his physicality. Unable to register a single point, the veteran forward could only muster up three shots on goal and one scoring chance over eight games, causing his 28 hits to be the lone bright spot of his performance.

Set to enter his age-35 season in 2021-22, it’s unclear as to how much longer Lewis is aiming to play before he hangs up his skates for good, although it seems he still has some gas left in the tank to continue his career for at least one more season.
While the Jets should consider creating some roster space for a few of their younger skaters, especially on the fourth line, it’d make sense to bring the Utah native back for a second campaign. Considering he can serve as a veteran leader and also provides some depth scoring, re-signing him to a one-year deal that’d pay the righty close to league minimum could prove to be a very wise decision.
But even if Lewis departs through free agency this off-season, chances are he’ll probably land on his feet with another organization and will likely continue serving as a quality fourth-line player.
Uncategorized
Recent articles from Thomas Hall