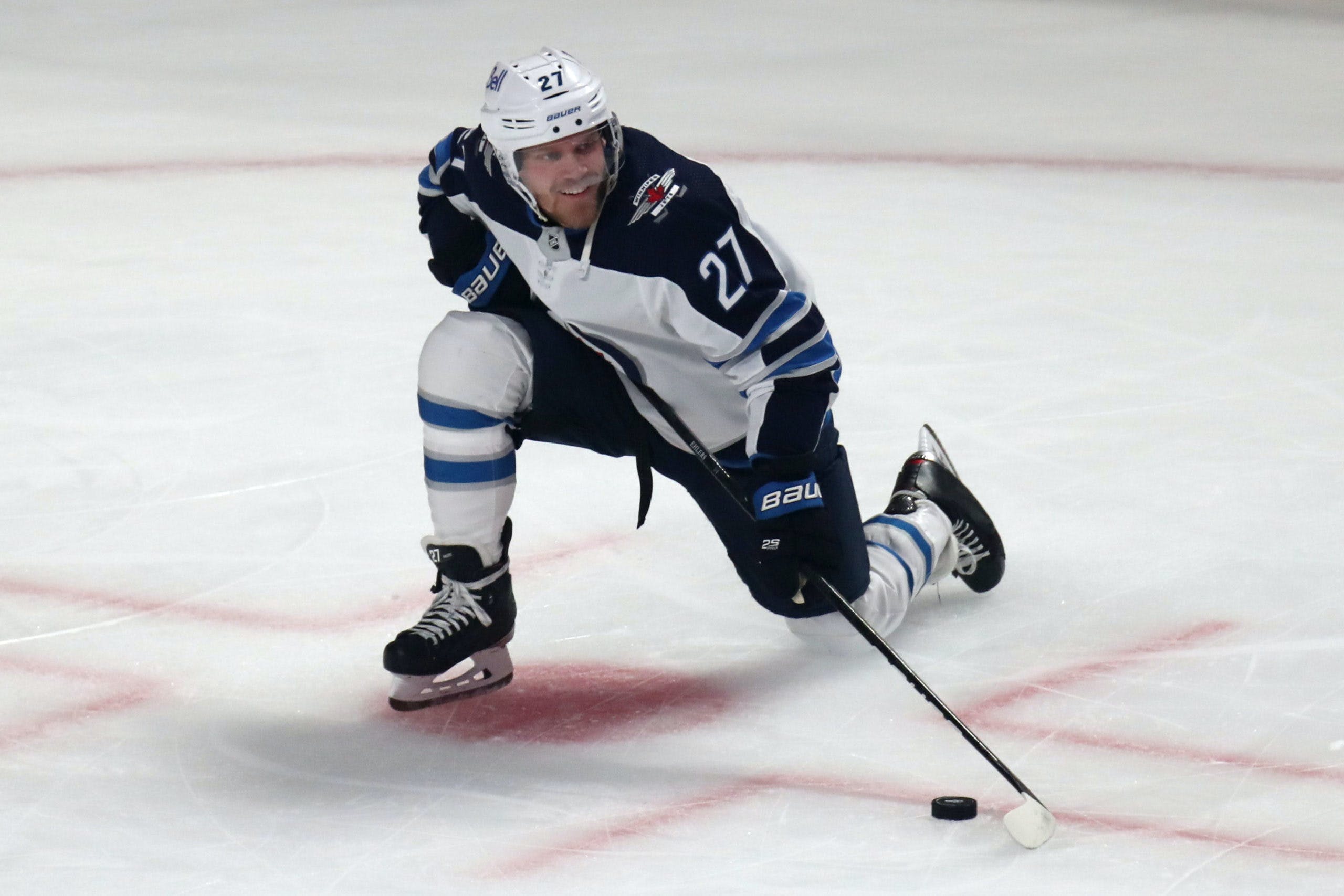 By Thomas Hall
1 year ago
Following a disappointing end to last season’s playoff bubble, which saw the Winnipeg Jets eliminated by the Calgary Flames in four games, the organization was hoping for a much better outcome this time around and they were counting on forward @Nikolaj Ehlers to assist them in achieving that feat in 2020-21.
Coming off one of the top statistical performances of his career, that was unfortunately cut short due to the COVID-19 pandemic, Ehlers was poised to pick up exactly where he left off and certainly didn’t disappoint. While the 25-year-old couldn’t carry the Jets beyond the second round, although it wasn’t due to a lack of trying, there’s no question they wouldn’t have advanced past the Edmonton Oilers if not for his stellar showing.
Here are some of the positives and negatives from Ehlers’ sixth season in the league:

Despite experiencing an extremely unusual off-season, Ehlers didn’t allow any obstacles to drag him down and seemed to be a man on a mission throughout the 56-game schedule, allowing him to serve as one of the top overall skaters on the Jets’ roster this past season.
After scoring 25 goals and 58 points in 71 games last season, the left-hander took his offensive ability up to another level during the 2020-21 campaign, as he produced 21 total goals, 46 total points, 27 five-on-five points, 13 power-play points and five game-winning goals, tying his season-high from 2019-20, through 47 games.
Comparing his stellar performance to the rest of his teammates, Ehlers finished tied for the second-most total goals, five-on-five goals and power-play goals, tied for the third-most total points and power-play points, recorded the third-most five-on-five points, the fourth-most scoring chances (132) and finished tied for the seventh-most high-danger chances (37) among all Winnipeg skaters, according to NaturalStatTrick.com.
While the former first-round selection was absent for the first two playoff games against the Oilers, the youngster didn’t waste any time making his presence felt in Game Three, where he potted two goals – including the game-winner in overtime. Then in round two, the former top prospect sent a beautiful pass over to teammate @Kyle Connor that led to a crucial third-period goal, however, it ultimately didn’t help the Jets come away victorious in Game One.
As for Ehlers’ defensive performance, he was seen breaking up numerous passes in the defensive zone and was also consistently one of the first forwards who skated back from the offensive zone when the play headed the other way, which can’t be said about some of his teammates.
Separating himself from the rest of the Jets’ top-six forwards, the talented winger was on the ice for the fourth-fewest number of goals allowed (18), the sixth-fewest number of high-danger goals allowed (14), the seventh-best xGA (25.9) and the seventh-fewest high-danger scoring chances allowed (128) among all qualified skaters who compiled at least 200 total minutes of ice time.

Based on everything mentioned above, it’s hard to write about any negatives from Ehlers’ performance in 2020-21, although losing him for the final nine games of the regular season was an extremely difficult hurdle to overcome for the Jets and it almost pushed them out of third place in the North Division.
With the native of Denmark ruled out with two separate season-ending injuries, which were later revealed to be a shoulder and a rib injury, Winnipeg struggled mightily to generate offense down the stretch and were held to two goals or fewer in five of those nine remaining contests. As a result, this team limped into the playoffs and was extremely concerned about where they’d locate some reliable scoring in the postseason.
Since Ehlers was ruled out for the first two games against Edmonton, Winnipeg was forced to rely on some depth scoring in Game One and also received a clutch game-winning goal in Game Two from veteran @Paul Stastny. But if not for this team’s forward depth, there likely would’ve been even more pressure placed on the former Halifax Moosehead to generate offense when he returned later in the series.

Unless coach Paul Maurice decides to break up the @Blake Wheeler, @Mark Scheifele and Connor line next season, Ehlers will likely be forced to return to the Jets’ second line, pairing him with teammate @Pierre-Luc Dubois once again.
But if Stastny departs through free agency, the front office will surely be in the market for another top-six forward, preferably someone capable of playing on the wing. Since Dubois struggled to generate consistent scoring this past season, it’d also make plenty of sense to target another pure goal scorer, which could remove some pressure off Ehlers and also help him enjoy another remarkable performance in 2021-22.
Uncategorized
Recent articles from Thomas Hall