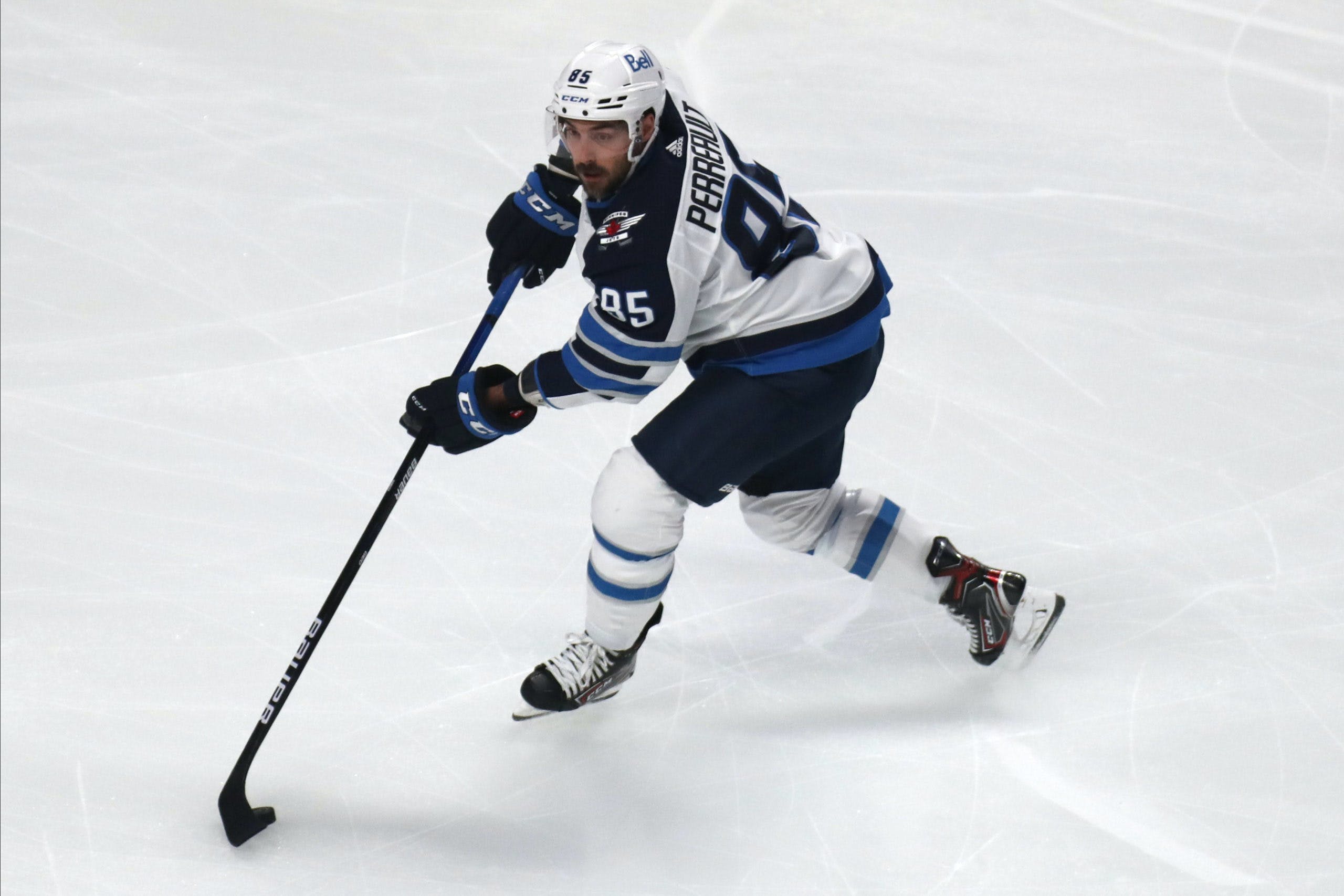 By Thomas Hall
1 year ago
For the most part, the Winnipeg Jets’ top-six forwards have received the majority of the attention across numerous platforms over the years, however, the club’s bottom-six has also been extremely productive in the past and was an area of strength throughout this past season.
Despite largely operating in the shadows, forward @Mathieu Perreault has played an important role on the Jets ever since he joined the organization in 2014, which saw him score at least 30 points in each of his first five seasons. While his production has declined over the last few campaigns, the veteran forward still proved to be a key factor throughout the 56-game schedule, resulting in another successful performance.
Here some positives and negatives from Perreault’s seventh season with the Jets:

Thanks to an upper-body injury, Perreault wasn’t able to return to the regular season before the COVID-19 pandemic forced a league-wide shutdown last season, limiting him to just 49 games – his lowest total since the 2012-13 campaign.
Turning things around for himself this past season, the 33-year-old didn’t miss a single contest and participated in all 56 games, allowing him to make a respectable contribution all season long. Despite spending the majority of the season on the team’s fourth line, the left-hander made the best of his situation by creating seven five-on-five goals, 14 five-on-five points, 41 shots on goal, 27 high-danger scoring chances and eight rebounds.
As a result, Perreault led Winnipeg’s fourth line in goals, points, scoring chances (61), high-danger chances, rebounds created, penalties drawn (11), takeaways (15), hits (79) and blocks (18) during five-on-five situations, according to NaturalStatTrick.com.
Returning to his role on the second power-play unit, the veteran winger outperformed his results from last season, where he registered just two goals, eight shots on goal and a 1.4 xG rate. In total, the former sixth-round pick produced two goals, four points, 16 shots on goal and a 2.2 xG rate with the man advantage during the shortened campaign.
Considering Perreault’s average ice time dropped from 13:06 minutes per game in 2019-20 to 11:43 minutes per game this past season, receiving this type of production during the regular season was extremely impressive.
Building off his success from the 56-game schedule, the 5′ 10″ forward made a decent impact throughout Winnipeg’s playoff run and enjoyed the top statistical performance of his career since the 2013-14 season. Participating in all eight contests, he recorded one goal, two points, 29 hits, nine blocks, seven shots on goal and four takeaways over his 12:24 minutes of ice time per game.

Starting this past season off on a poor note, Perreault was deemed “unfit to practice” during the second day of training camp and was forced to skate in a non-contact jersey over the next few days before returning to practice at full strength.
Making matters worse, the Quebec native was waived by the Jets before the regular season began as they needed to drop below the $81.5 million salary cap. Coming in with a cap hit of $4.12 million, according to PuckPedia.com, management first needed to place forward @Bryan Little on long-term injured reserve before eventually adding the bottom-six forward back to their active roster.
While making this move was solely for salary cap purposes, it was understandably a difficult experience for Perreault, especially since there was still a very tinny chance of another team submitting a claim for him. But luckily, the left-handed winger was able to forget all about this unfortunate situation after just a few days.
Though his discipline wasn’t a major concern in 2020-21, he did compile six additional penalty minutes compared to last season’s total of 10 and also committed the majority of his infractions in March, as he was charged for five of his eight penalties during that span.

Considering Perreault is set to become an unrestricted free agent later this month, the Jets will need to make a tough decision on whether to bring him back for an eighth season with the organization, although that choice may have already been made.
Taking into account his impressive performance on the fourth line, the former Washington Capital could demand a similar salary to the one he received this past season, especially if he reaches the open market. With that in mind, unfortunately, it might be time to say goodbye to someone who’s been a fan-favorite icon ever since he arrived all those years ago.
Uncategorized
Recent articles from Thomas Hall