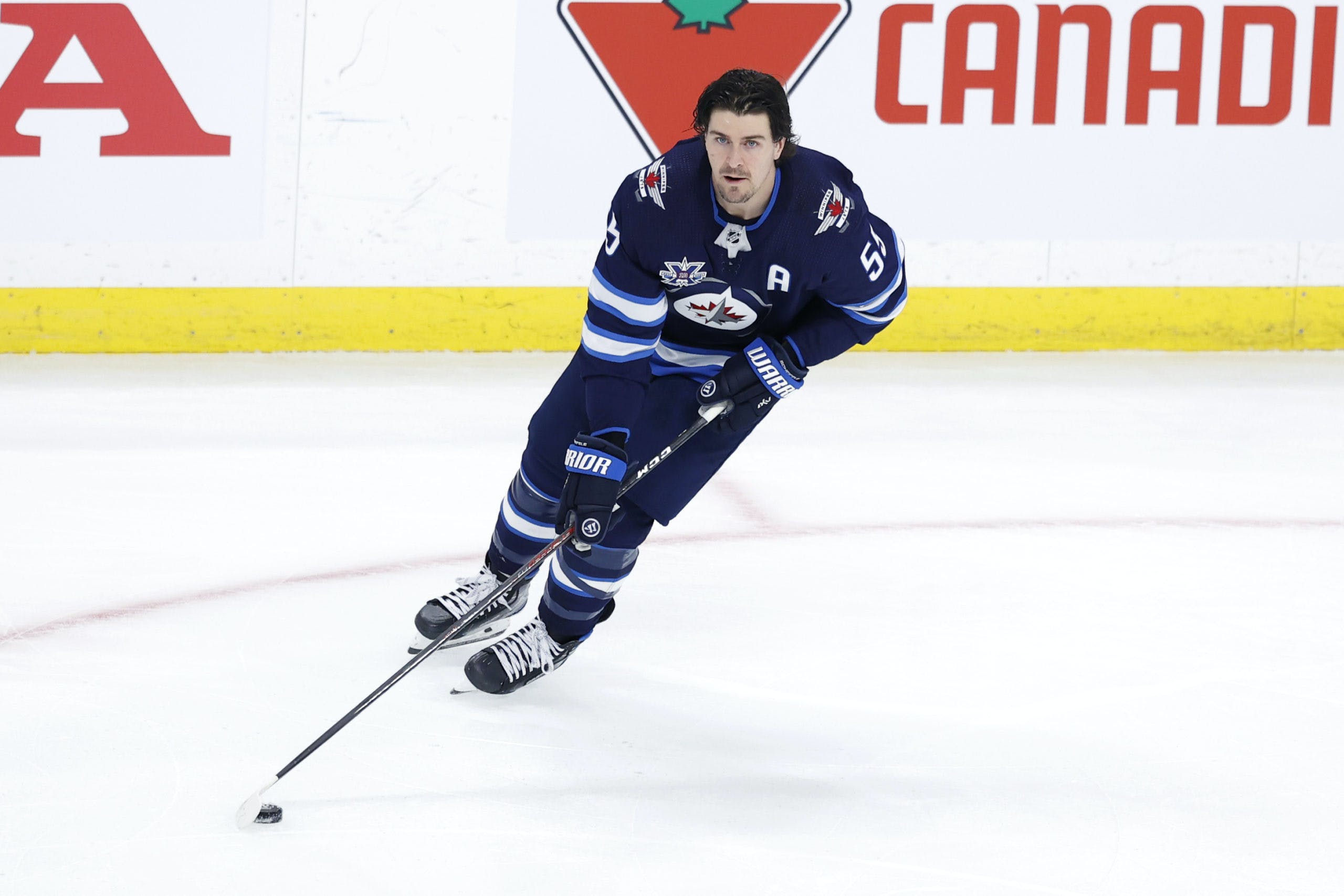 By Thomas Hall
1 year ago
After losing in the qualifying round of last season’s Stanley Cup Playoffs, the Winnipeg Jets were determined to surge into the postseason for a fourth straight campaign and were also counting on forward @Mark Scheifele to help lead the way throughout the 56-game schedule.
Considering Scheifele’s season-ending Achilles injury knocked him out of last summer’s playoff bubble, which limited him to just one game, he was extremely excited to return to action once training camp opened in January and was focused on enjoying another impressive offensive performance. Though his overall showing was far from perfect, there’s no question the 28-year-old played a key role in guiding this team to the second round of the postseason.
Here are some of the positives and negatives from Scheifele’s 10th season in the NHL:

Following a solid 2019-20 performance that resulted in 29 goals and 73 points through 71 games, Scheifele proved to be extremely effective yet again this past season as he served as one of the Jets’ top offensive performers during the shortened campaign.
Taking full advantage of the offensive-driven North Division, the 6′ 3″ forward led all Winnipeg skaters in total points (63), five-on-five points (37) and power-play points (17). Additionally, he also finished second in xG (15.27), tied for second in total goals (21) and five-on-five goals (13), third in shots on goal (126) and fourth in high-danger scoring chances (56), according to NaturalStatTrick.com.
While the 2020-21 campaign was limited to just 56 games, Scheifele didn’t miss a single contest in the regular season, which undoubtedly helped him register a new career-high in points per game (1.13). In comparison, the first-line center averaged 1.03 points per game in 2019-20.
Carrying this stellar offensive performance into the playoffs, the right-hander averaged a career-best 26:41 minutes of ice time per game, producing two goals, five points, two power-play points, 14 shots on goal, eight blocks, six takeaways, five hits and a 52.1% faceoff percentage (career-high for the playoffs) through five contests.

Despite the amount of success Scheifele enjoyed in the offensive zone this past season, he struggled to replicate that same effectiveness in the defensive zone, which has been a major concern for him over the last several seasons.
Witnessing the majority of these concerning woes during five-on-five situations, the former first-round selection earned the worst on-ice xGA rating (40.4) and was also on the ice for the most scoring chances (452) and high-danger chances (201) allowed, the second-most goals allowed (44) and the third-most high-danger goals allowed (25) among all Jets forwards.
Even though the Jets feature one of the top goaltenders in the league, in @Connor Hellebuyck, the 2019-20 Vezina Trophy winner likely would’ve faced significantly less pressure if not for Scheifele’s defensive struggles. While he’s not the only forward who needs to dramatically improve defensively, this should be one of the few areas the veteran forward works on as he attempts to better his craft over the off-season.
Along with his defensive shortcomings, Scheifele also put his club at a disadvantage when he selfishly delivered a vicious hit on Montreal Canadiens forward, @Jake Evans, near the end of Game One during their second-round playoff series. This play earned the Kitchener native a four-game suspension, which he still believes to be excessive, and ultimately prevented him from returning in Game Six.

Since the Jets were swept by the Canadiens in the postseason, Scheifele will be forced to sit out the 2021-22 season opener, meaning he won’t be able to participate in every single game for a second consecutive season, although that probably wasn’t happening anyway.
Looking ahead to his 11th campaign in the league, Winnipeg’s top-line center will be attempting to enjoy another productive offensive showing, one that will hopefully allow him to build off his success from this past season. But as everyone knows, the regular season won’t mean anything unless this team returns to the postseason in 2022, and for the right-handed center, he’ll definitely be looking to make up for being knocked out of each of the last two playoff runs.
Uncategorized
Recent articles from Thomas Hall