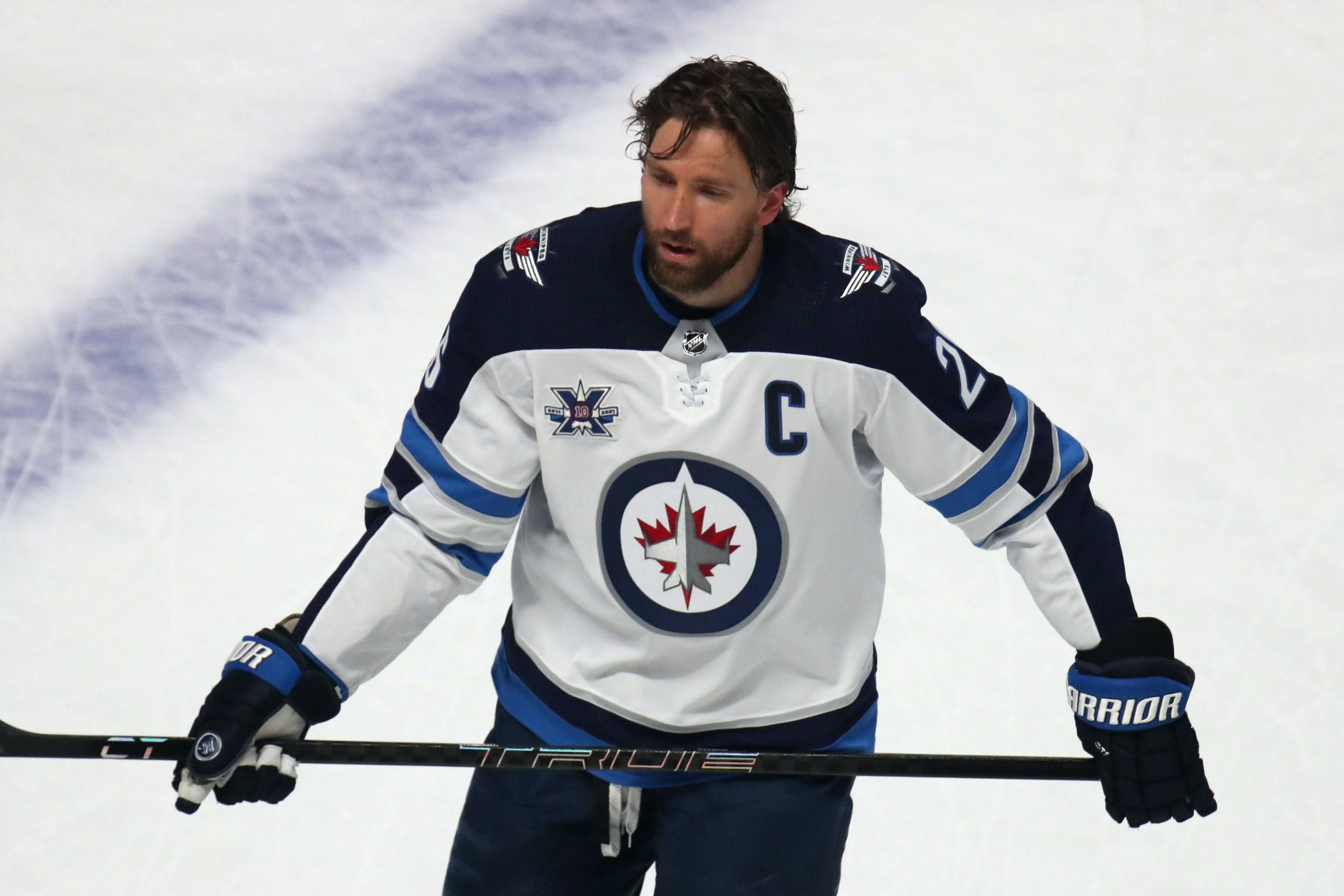 By Thomas Hall
1 year ago
Following a disappointing end to the 2019-20 campaign, which saw the Winnipeg Jets eliminated during the opening round of the playoffs, captain @Blake Wheeler was determined to help lead his team back to the postseason in 2020-21 and was also aiming to prove his production wasn’t starting to decline.
While the Jets qualified for the playoffs and advanced to the second round this past season, Wheeler’s craft took another step backward, particularly involving the defensive aspect of his game. With three years and $24.75 million remaining on his current contract, according to PuckPedia.com, the 34-year-old’s continued decline has to be extremely concerning for the future of this organization.
Here are some positives and negatives from Wheeler’s 10th season in Winnipeg:

Offensively, Wheeler remained one of the top performers for the Jets and was able to sustain his scoring pace from last season, where he produced 22 goals, 65 points and averaged 0.92 points per game through 71 contests.
Making a reasonable offensive impact during the regular season, the 6′ 5″ winger averaged 18:20 minutes of ice time per game, registering 15 total goals, 46 total points, 0.92 points per game, 113 shots on goal, 47 high-danger scoring chances and five rebounds created over 50 games.
Digging deeper into his performance, Wheeler proved to be fairly effective on the power play and nearly surpassed his goals total (four) from the 2019-20 campaign. Operating down below the red line in the offensive zone, the right-hander served as a playmaker at the side of the net and helped feed the puck to the slot, leading to numerous high-danger chances.
As for where his production with the man advantage ranks amongst his teammates, the veteran forward finished with the most primary assists (six), the second-most points (15), the third-most high-danger chances (12), tied for the third-most goals (four) and earned the fourth-highest xG rate (2.6) among all Winnipeg forwards, according to NaturalStatTrick.com.
Performing in the clutch, Wheeler added two more game-winning goals to his resume, earning him 40 career game-winners. Most notably, his first one of the season came against the Edmonton Oilers back on Feb. 15, which saw him tip defenseman @Josh Morrissey’s blast from the point into the back of the net nearly midway through the third period.

Ever since the Jets returned to Winnipeg in 2011, Wheeler has been a model of consistency regarding his availability and hadn’t missed more than a single game during the regular season since the 2014-15 campaign, where he played 79 contests.
While the former first-round selection participated in 50 of the possible 56 games this past season, his six-game absence that was caused by a concussion was the most time he’s ever missed during his career. Making matters worse, he also dealt with cracked ribs early in the schedule, which undoubtedly prevented him from playing at his full potential.
Adding to his disappointing performance, it appears father time has started to catch up to Wheeler as his defense took a major blow, causing him to become a defensive liability. Far too often, the one-time All-Star was pinned inside the defensive zone, resulting in additional scoring chances for the opposing team, and also didn’t put enough effort into backchecking at times either.
Though his defense has gradually declined over the last few seasons, it hit a significant low point in 2020-21 as the Jets’ captain recorded career lows in CF percentage (46.3%), FF percentage (47.1%), GF percentage (40.3%), xG percentage (43.4%), SCF percentage (43.8%) and HDGF percentage (44.0%) during five-on-five situations.
As a collective, Winnipeg’s top-six forwards struggled to defend effectively at times throughout the regular season, although Wheeler stood out in that department and not in a positive way. Among all forwards who compiled at least 500:00 total minutes of ice time, the veteran winger finished with the worst CF, GF, xGF and SCF percentages, the second-worst FF percentage and the third-worst HDGF percentage.
Topping things off, he was also on the ice for the most goals allowed in the regular season (46) and tied for the most goals allowed in the postseason (six) during five-on-five play.
So by all accounts, Wheeler’s defensive woes significantly outweighed his encouraging offensive production.

Entering his 14th season in the league, it’s almost a guarantee that Wheeler will return to the Jets next season and is expected to have plenty to prove in what could potentially be one of the most crucial campaigns of his career.
Along with needing to remain healthy, it’ll also be critical for the Minnesota native to drastically improve his defense, but at his age, accomplishing that feat could be extremely difficult. If that ends up being the case, perhaps he won’t receive an opportunity to play out all three remaining years of his contract – we know those things happen in this league.
Uncategorized
Recent articles from Thomas Hall