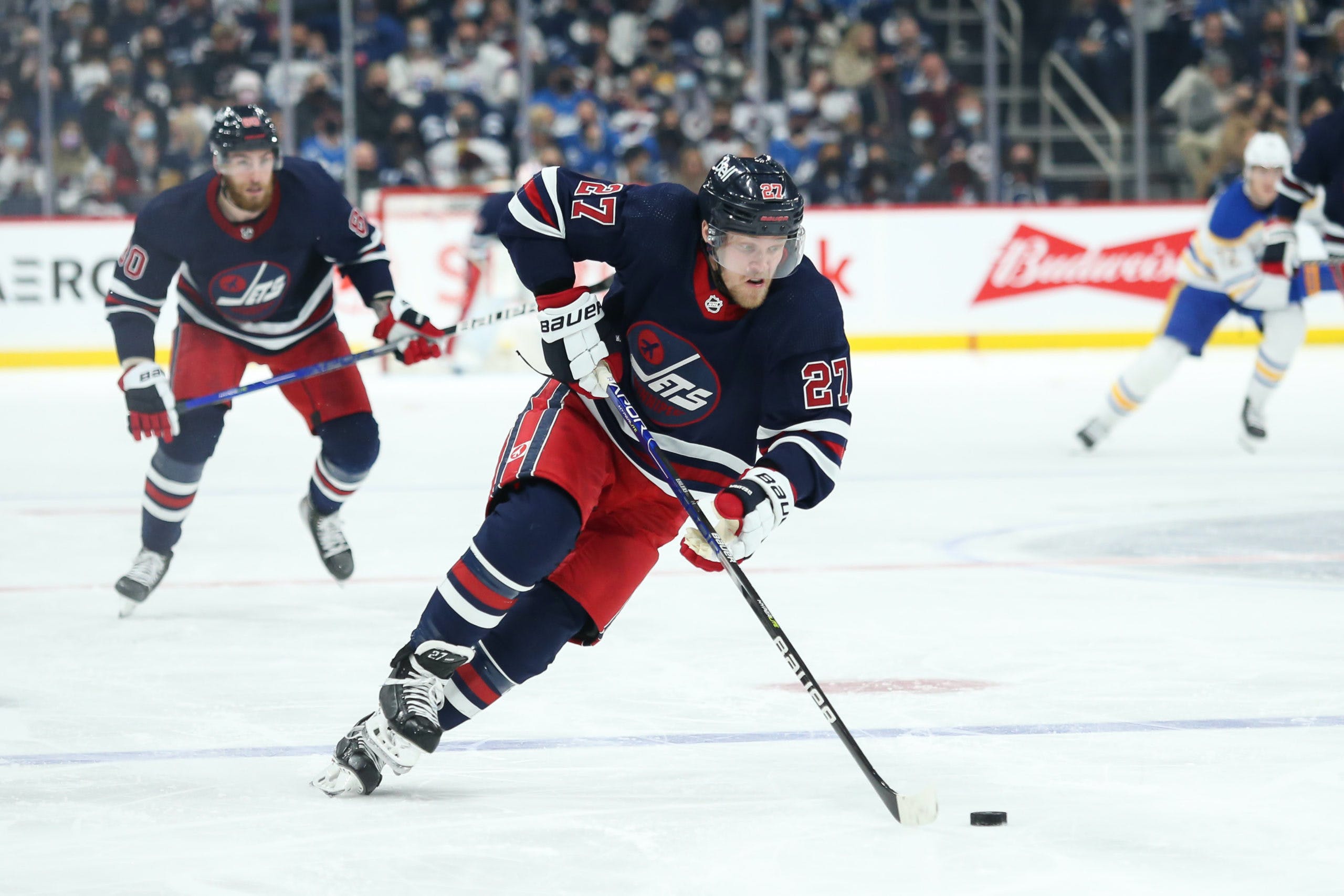 By Thomas Hall
11 months ago
The National Hockey League has released its Three Stars of the Week ending on Dec. 19, which includes a member of the Winnipeg Jets, in @Nikolaj Ehlers.
First Star of the Week was awarded to Detroit Red Wings captain, @Dylan Larkin, for posting five goals – including a hat-trick – and seven points in three games. Additionally, St. Louis Blues forward @Vladimir Tarasenko was honoured with the second star as he scored four goals and six points in three contests.
Ehlers, 25, put on an impressive display of skill this past week, which saw him generate two goals and six points – four of which occurred against the Blues on Sunday – through three games.
In total, the former first-round selection has suited up with the Jets in 30 games this season, creating 12 goals and 24 points. In addition, the left-handed winger has also racked up 121 shots on goal, 20 takeaways, 16 hits, 14 blocks and has won one of his two face-off opportunities over his 18:42 minutes of ice-time per game.
With the NHL suspending all cross-border travel through Dec. 23, the Jets’ final two games (Dec. 21 in Nashville; Dec. 22 in Dallas) before Christmas have been postponed. Having said that, this team is still planning to hold practices on Tuesday and Wednesday before departing for the holiday break.
Winnipeg is scheduled to resume its season on Dec. 27 as they host the Minnesota Wild at Canada Life Centre, beginning at 8:00 pm CT.
Uncategorized
Recent articles from Thomas Hall