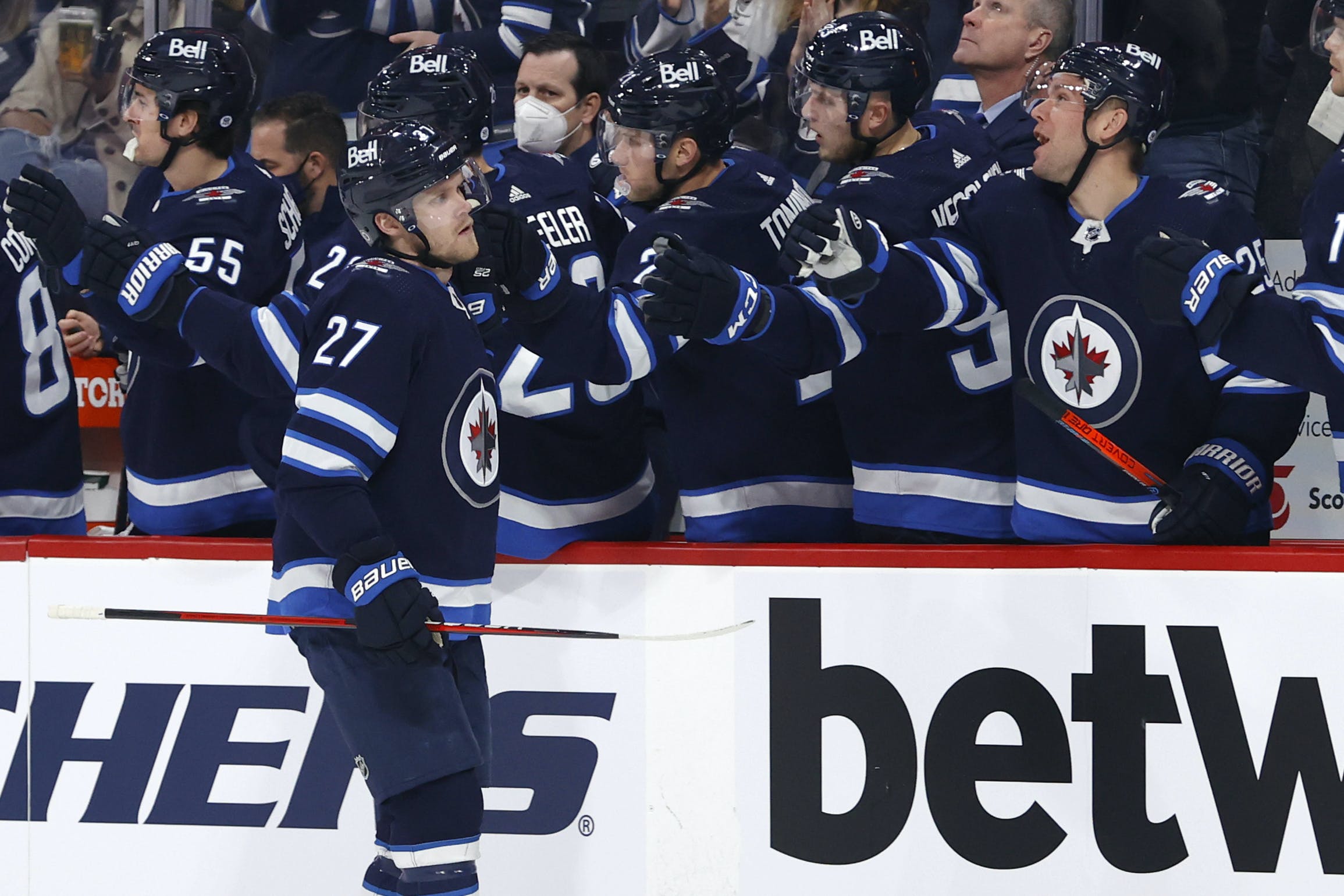 By Thomas Hall
10 months ago
The current COVID-19 surge continues to impact the Winnipeg Jets as forward @Nikolaj Ehlers has been placed in the National Hockey League’s protocol, the team announced via social media Monday.
Ehlers, 25, last played on Jan. 6 against the Colorado Avalanche and will immediately enter an isolation period, almost certainly ruling the 6’0″ forward out for Thursday’s contest against the Detroit Red Wings.
In total, Ehlers now joins teammates @Jansen Harkins and @Dylan DeMelo on the league’s COVID list, rising Winnipeg’s player count to three.
Under Manitoba’s self-isolation guidelines, the Danish star must quarantine for a minimum of five days – if symptomatic – before receiving clearance to exit the league’s protocol. But if he’s asymptomatic, he’ll be eligible to return after producing consecutive negative tests at least 24 hours apart.
Over 33 games in 2021-22, Ehlers has logged 18:44 minutes of ice-time per night, posting 13 goals and 25 points. In addition, the left-handed winger has also registered 134 shots on goal, 22 takeaways, 17 hits and 14 blocks.
The Jets will resume play Thursday when they visit the Red Wings at Little Caesars Arena, with puck drop scheduled for 6:30 pm CT.
Uncategorized
Recent articles from Thomas Hall