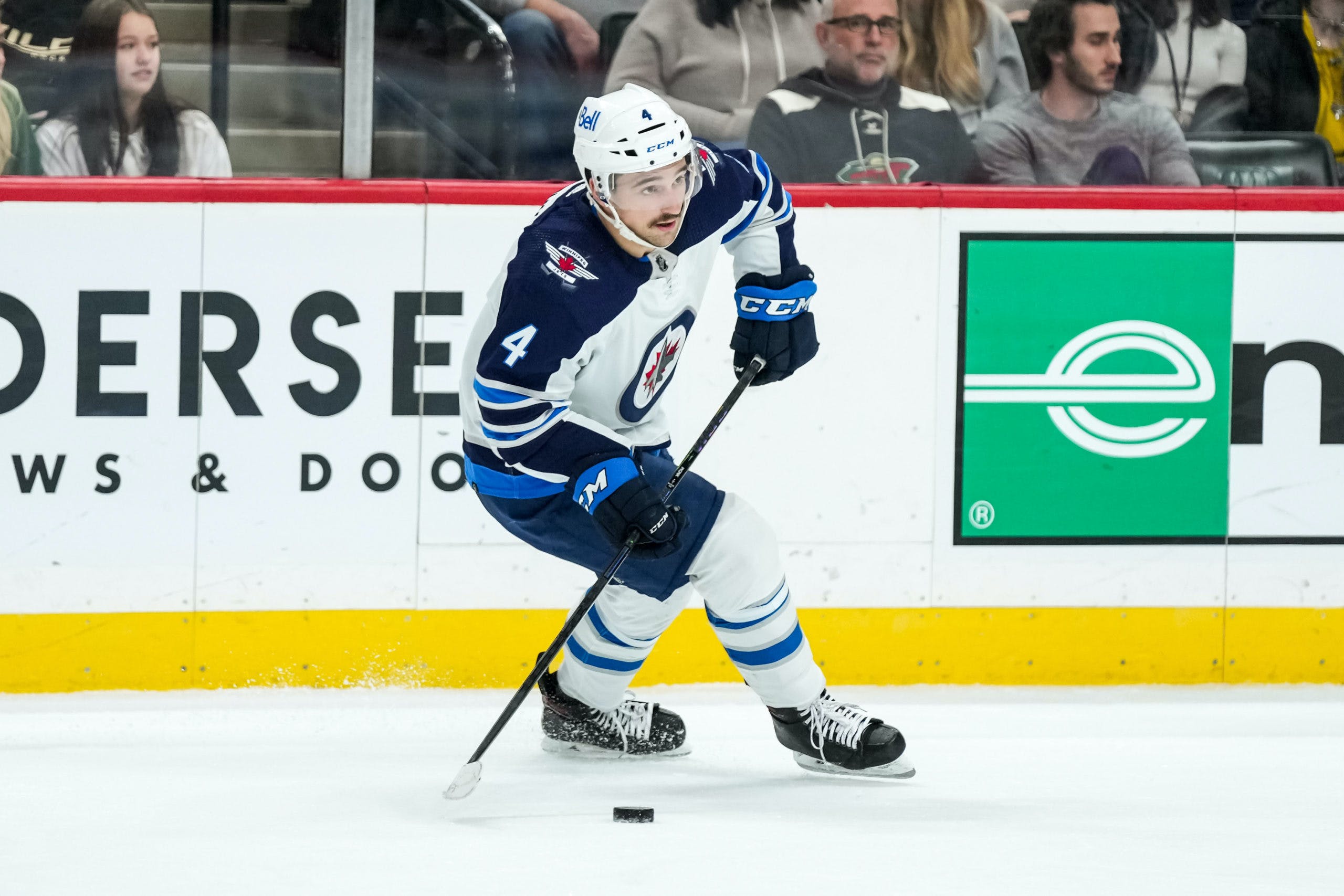 By Thomas Hall
11 months ago
Coming off a three-day break, the Winnipeg Jets have received a very encouraging injury update on one of their top-four defencemen, as @Neal Pionk has been cleared from the National Hockey League’s concussion protocol.
After missing each of the last three games, Pionk, 26, returned to practice Monday morning at Canada Life Centre and skated with his teammates for the first time since suffering a concussion back on Dec. 5 against the Toronto Maple Leafs.
In that game, Pionk was kneed in the head by Maple Leafs forward @Jason Spezza, who received a six-game suspension – one he’s currently appealing – afterwards.
Having said that, Spezza wasn’t the only skater disciplined by the NHL following that contest as Pionk earned a two-game suspension, which he’s already served, for kneeing defenceman @Rasmus Sandin.
With the right-handed blueliner back on the ice, it seems his chances of returning to game action on Tuesday against the Buffalo Sabres are fairly high. Assuming he doesn’t encounter a setback, the former undrafted free agent will be expected to resume his role alongside teammate @Brenden Dillon.
In 24 games this season, Pionk has averaged 22:08 minutes of ice-time, producing two goals, 16 points, 68 hits, 53 shots on goal, 29 blocks and four takeaways.
On another injury-related note, captain @Blake Wheeler, who suffered a significant knee injury last Friday against the Vancouver Canucks, was absent from Monday’s practice. Based on coach Paul Maurice’s comments post-game, the 35-year-old probably won’t be seen skating for an extended period of time.
The Jets will be looking to return to the win column Tuesday when they host the Sabres at Canada Life Centre, with puck drop scheduled for 7:00 pm CT.
Jets News
Recent articles from Thomas Hall