Jets Mailbag Version 9: Who Will Be Paired With Josh Morrissey? Can Mark Scheifele Play in the Preseason? How Can Evgeny Svechnikov Make an Impact? 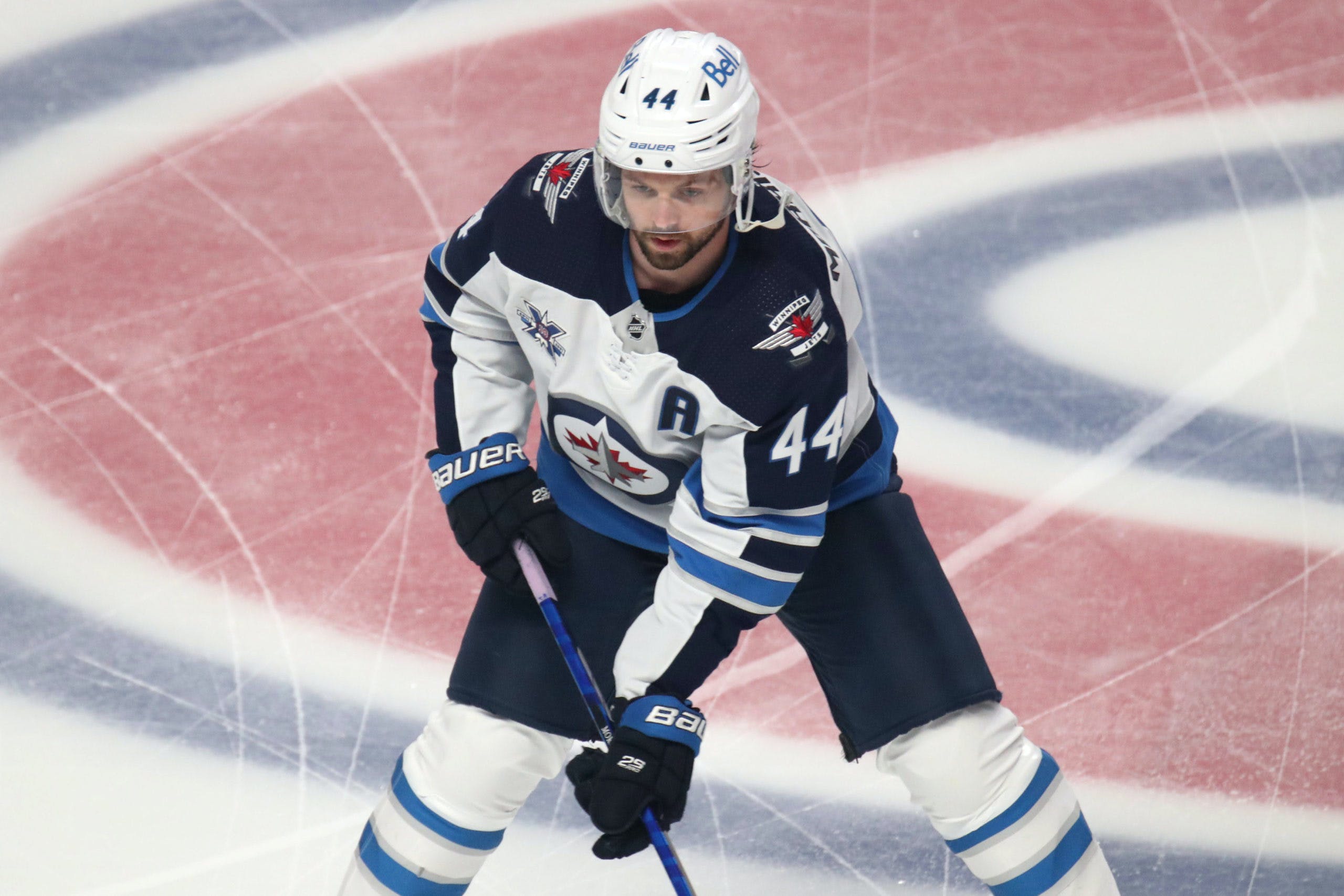 By Thomas Hall
1 year ago
All is fairly quiet around the NHL right now, and for good measure, as the start of this off-season featured a ton of craziness involving the expansion draft, the 2021 Entry Draft, free agency and a handful of impactful trades.
For the Winnipeg Jets, all of their heavy lifting was executed last month, which saw the front office re-sign veteran @Paul Stastny and also acquire defensemen @Nate Schmidt and @Brenden Dillon. While this team probably isn’t finished constructing its roster, for the most part, they likely won’t be making any headline-worthy moves before training camp begins next month.
With that in mind, this club’s fanbase has started exploring potential lineup combinations for the 2021-22 season, and that’s exactly where we’ll begin this week’s mailbag.

Which Defenseman Will Be Paired With Josh Morrissey?

As of right now, it’ll likely be Schmidt. After spending the majority of last season with defensemen @Tucker Poolman or @Nathan Beaulieu, @Josh Morrissey is destined for a major upgrade in that department next season as he’ll finally be paired with a reliable top-four blueliner.
Even though Schmidt endured a miserable inaugural campaign with the Vancouver Canucks in 2020-21, the Jets are hoping the 30-year-old can recapture some of the success he enjoyed during his three seasons with the Las Vegas Golden Knights, which saw him produce 21 goals, 97 points, 327 shots on goal, 312 blocks, 135 takeaways and 103 hits through 196 career games.
In addition, the left-hander also registered a 51.2% CF percentage and a 51.2% FF percentage during five-on-five situations over those three seasons, according to NaturalStatTrick.com.
While Schmidt shoots left, he’s spent a large chunk of his eight-year NHL career playing on the right side and actually prefers being positioned over there, so the Jets will almost certainly take advantage of his preference moving forward. Sure, featuring two left-handed defensemen on the same pairing could take some time adjusting to, but in the long run, this combination should prove to be extremely beneficial.
Since Morrissey has a tendency to join the rush, he occasionally struggles to fall back into position before the play travels back the other way, which has left the Jets exposed defensively in the past. But with Schmidt as his partner, the 6’1″ blueliner could help make up for those defensive lapses by serving as somewhat of a safety net and an effective communicator, preventing this team from surrendering nearly as many odd-man rushes.
The only downside to this potential pairing is that fans likely won’t see much, or any at all, of Morrissey and @Dylan DeMelo paired together, however, that should speak volumes to how much Winnipeg’s defense has improved over the summer.

Can Mark Scheifele Participate in Any Preseason Games?

Yes, forward @Mark Scheifele will be allowed to play in all six of the Jets’ preseason contests. Having said that, the 28-year-old isn’t eligible to participate in his team’s regular season opener on Oct. 13 against the Anaheim Ducks.
Due to Scheifele’s vicious hit on Montreal Canadiens forward, @Jake Evans, which occurred in Game One of the second-round series during the 2021 Stanley Cup Playoffs, he earned a four-game suspension and was deemed ineligible to return until Game Six. But since Winnipeg was eliminated from the postseason just three games later, the Ontario native’s punishment carries over into the 2021-22 campaign.
For anyone wondering if this will have any impact on the Jets’ payroll, the answer is no. If the 6’3″ forward had been suspended for something that happened off the ice, like a failed drug test or a domestic violence incident, then his $6.12 million cap hit wouldn’t count for however long his suspension lasted.
Since that wasn’t the case here, Winnipeg won’t be provided any additional cap space, and Scheifele will be able to make his season debut on Oct. 16 against the San Jose Sharks.

What Can Evgeny Svechnikov Bring to Jets’ Lineup?

In short, forward @Evgeny Svechnikov is someone who features untapped offensive potential, particularly around the net. Additionally, the 24-year-old has also displayed flashes of being physical in the corners and isn’t worried about surrendering his body, likely projecting as a fourth-line skater.
Despite spending most of the shortened season on the Detroit Red Wings’ taxi squad, the 6’3″ forward still participated in a career-high 21 games in 2020-21, averaging 11:49 minutes of ice time per game and producing three goals, eight points, 21 shots on goal, 20 hits, 11 high-danger scoring chances, six blocks, five rebounds and a pair of takeaways.
While Evgeny certainly doesn’t appear to be as talented as his younger brother, Andrei, the former first-round selection could provide some upside in a bottom-six role on the Jets next season. That is if he makes the team out of training camp.
After the Red Wings didn’t offer Svechnikov a qualifying offer earlier this off-season, he hit the open market as an unrestricted free agent but didn’t receive much interest from other NHL organizations. As a result, the left-hander ultimately agreed to a one-year deal with the Manitoba Moose, at the same time, also agreeing to a professional tryout contract with the Jets.
Once training camp opens next month, the Russian native is expected to compete for a roster spot against players like @David Gustafsson and @Kristian Vesalainen, who are both exempt from waivers.

How Many Games Will Connor Hellebuyck Play Next Season?

On a rough guess, I’d say goaltender @Connor Hellebuyck will play 65 games in 2021-22.
Amazingly, Hellebuyck has either finished tied or lead the league in games played in three of the last four seasons (2017-18, 2019-20 & 2020-21). Without question, the 28-year-old has been the Jets’ most valuable player in each of those campaigns, and barring some unforeseen occurrence, he’ll likely do so once again next season.
Considering the 6’4″ netminder surpassed 60 games played in both 2017-18 and 2018-19 – the last two seasons that consisted of a full 82-game schedule – chances are he’ll reach that mark during his seventh NHL campaign.
Uncategorized
Recent articles from Thomas Hall