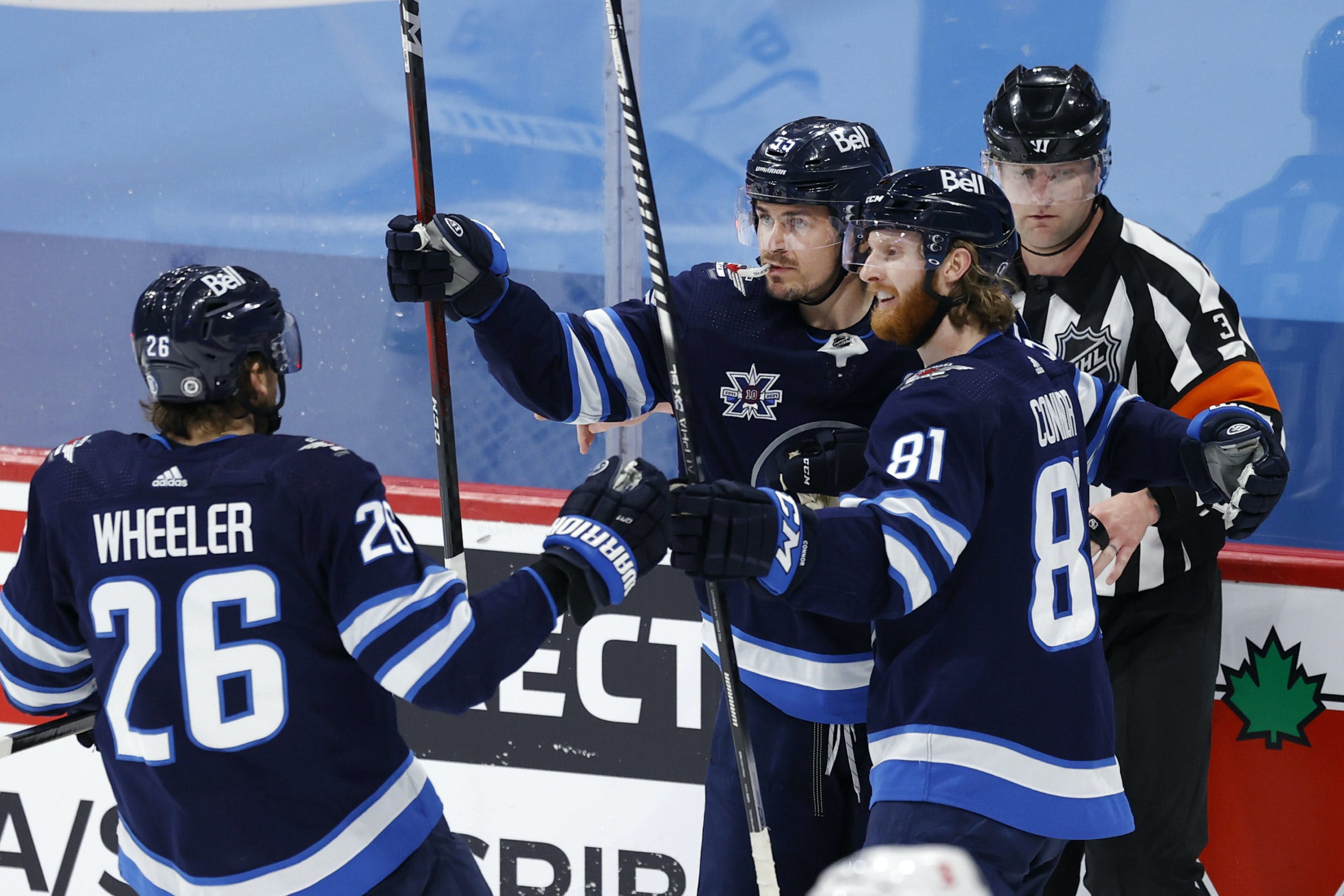 By Thomas Hall
1 year ago
We’ve now reached the midway point of August, meaning summer will come to an end in just a few weeks. While the temperature is set to change in the near future, that also means hockey season isn’t far behind and will likely creep up on everyone once the calendar shifts to September.
But until that transpires, there’s still a little bit of time to speculate about any final moves that could be made this off-season, particularly surrounding the Winnipeg Jets. Even though the bulk of their transactions have already been made, it appears some parts of the fanbase are still curious about what this team’s roster may look like in 2021-22.
With that in mind, here are questions that have been submitted for this week’s mailbag. Let’s dive in.

Will Blake Wheeler Be Moved to Winnipeg’s Second Line Once Again Next Season?

Perhaps, it’s definitely a possibility. Prior to last season, captain @Blake Wheeler had been a consistent member of Winnipeg’s top line and was regularly positioned alongside teammates @Mark Scheifele and @Kyle Connor.
But due to his lack of health and declining performance, the 34-year-old spent a significant amount of time on the club’s second line in 2020-21, ultimately providing him with just 18:20 minutes of ice time per game – his lowest total since the 2010-11 campaign.
Given that Wheeler experienced one of the worst statistical performances of his entire career, offensively and defensively, his continued decline probably isn’t something coach Paul Maurice and the Jets can ignore anymore. Since this roster features plenty of talented forwards, there’s no reason why someone like @Nikolaj Ehlers couldn’t thrive on the top line next to Connor and Scheifele next season.
So unless the 6’5″ forward bounces back and performs much more effectively during his 14th NHL season, it might finally be time to completely remove him from the first line and permanently place him on the second line, allowing him to skate alongside teammates @Pierre-Luc Dubois and @Paul Stastny.

At This Current State, Can Jets Make a Play For Jack Eichel?

Unless the Jets are willing to subtract two high-priced contracts from their payroll, there just isn’t enough cap space to pursue forward @Jack Eichel. That being said, let’s attempt to play out this hypothetical situation and try to create just enough room for the all-star center.
Ok, so Winnipeg currently features approximately $219,000 in cap space, which includes the cap relief they’d receive from placing veteran @Bryan Little on long-term injured reserve, according to PuckPedia.com. Since Eichel features a $10 million cap hit through the 2025-26 season, the front office would essentially be forced to somehow remove that same amount of salary from its current payroll – that’s not an easy task.
For starters, the easiest decision to make would likely be taking defenseman @Nathan Beaulieu off the roster, whether it’s through a trade or via waivers, freeing up $1.25 million in space. After that is where things start to become difficult, without question Dubois and his $5 million cap hit would need to be included in any potential offer to the Buffalo Sabers.
Along with the former Columbus Blue Jacket, management would also probably need to include someone like defenseman @Josh Morrissey, who features a $6.25 million cap hit through 2027-28. As a result, making these moves would create an additional $12.5 million in cap space, providing this team with enough space to add Eichel while also preserving a tiny bit of breathing room as well.
Financially, trading Dubois and Morrissey in exchange for Eichel would work for both sides, however, the amount of draft or prospect capital the Sabers would be required to package along with their franchise player just wouldn’t make sense for them.
So unfortunately, there are likely just too many obstacles working against any kind of trade that’d bring the former first-round selection to the “True North.”

Is There a Chance Andrew Copp Signs Long Term Next Off-Season?

Yes, but it’s complicated. As things stand right now, the Jets are projected to feature just over $12.64 million in cap space for the 2022-23 campaign, although forwards @Andrew Copp and Dubois are both slated to become restricted free agents next summer.
Considering Dubois is scheduled to earn $6.65 million in 2021-22, odds are he’d likely receive a similar amount if he reaches arbitration next off-season, which wouldn’t leave much space for a potential contract extension involving Copp. Since the Jets may need to acquire a top-six forward if Stastny departs after this upcoming season, management may be forced to make a tough decision with someone they’ve developed since 2013.
If the former fourth-round pick seeks a long-term deal that pays him considerably more than his current $3.64 million salary, general manager Kevin Cheveldayoff might not have any other choice but to let him walk out the door.

How Excited Should Fans Be About Winnipeg’s New Third Jersey?

On a scale of 1-to-10, fans should probably be at like a ’15’ regarding their excitement level for the return of these heritage blue jerseys. It’s been far too long without them and it’ll be fantastic to watch the Jets wear them 14 seperate times in 2021-22.
Uncategorized
Recent articles from Thomas Hall